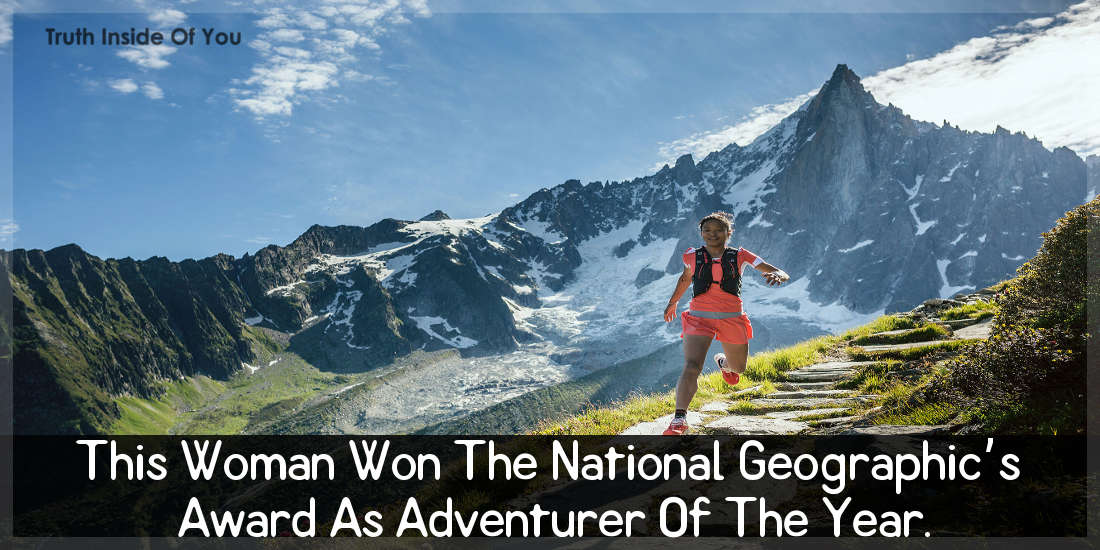 National Geographic allows its readers and followers to nominate 10 people per year as Adventurers of the Year, and one of this year’s picks, who ultimately got the majority of the votes,  was female adventure and trail runner Mira Rai, who came from Nepal.

Rai grew up in a rural village in Nepal, where, as the oldest kid of 5 children, she was expected to help with the housework, farming and livestock caring, which was her family’s main income source. She had to carry huge bags of rice up and down steep hills, in order to sell it in the market- this was an extremely challenging activity that she had to do usually barefoot, but it was also good training for a future trail runner. At 12, she left school in order to devote herself full time to help her family.

In Nepal, professional sports are not so developed, and much less so for women. Therefore, the road Rai wanted to take was not an easy one. One day that she was running alone outside of Kathmandu, a group of male trail runners invited her to train with them and to compete in a regional race, the Kathmandu West Valley Rim 50K. There, despite her lack of proper training and gear, she won first place. From that point on, a group of supporters gathered in order to give her the opportunity to run in international contexts.

Her personal development allowed her to devote time to empowering other fellow Nepalis, both women, and men, in order to develop in professional sports.

“We have realized that Nepal has tremendous potential to develop competitive athletes, for which we’re organizing a series of trail races in Kathmandu,” Rai says. “These are short races aimed for both beginners and experienced runners.”

Her story in total is a very inspiring one, which makes her nomination for the Adventurer of the Year prize to make total sense. You can follow her full story in this video prepared by National Geographic: