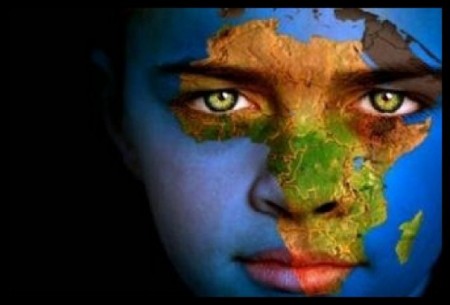 Contrary to the common belief that the Earth is simply a dense planet whose only function is a resource for its inhabitants, our planet is in fact a breathing, living organism. When we think of the Earth holistically, as one living entity of its own, instead of the sum of its parts, it takes on a new meaning. Our planet functions as a single organism that maintains conditions necessary for its survival.

James Lovelock published in a book in 1979 providing many useful lessons about the interaction of physical, chemical, geological, and biological processes on Earth.Throughout history, the concept of Mother Earth has been a part of human culture in one form or another. Everybody has heard of Mother Earth, but have you ever stopped to think who (or what) Mother Earth is? 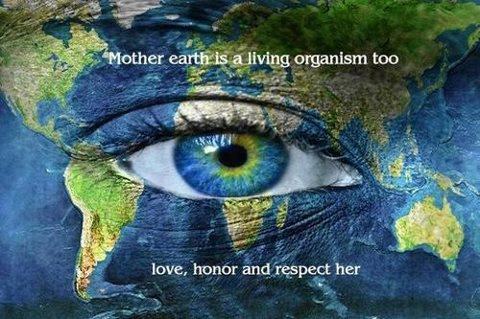 Lovelock defined Gaia as “…a complex entity involving the Earth’s biosphere, atmosphere, oceans, and soil; the totality constituting a feedback or cybernetic system which seeks an optimal physical and chemical environment for life on this planet.” Through Gaia, the Earth sustains a kind of homeostasis, the maintenance of relatively constant conditions.The truly startling component of the Gaia hypothesis is the idea that the Earth is a single living entity. This idea is certainly not new. James Hutton (1726-1797), the father of geology, once described the Earth as a kind of superorganism. And right before Lovelock, Lewis Thomas, a medical doctor and skilled writer, penned these words in his famous collection of essays, The Lives of a Cell:“Viewed from the distance of the moon, the astonishing thing about the earth, catching the breath, is that it is alive. The photographs show the dry, pounded surface of the moon in the foreground, dry as an old bone. Aloft, floating free beneath the moist, gleaming, membrane of bright blue sky, is the rising earth, the only exuberant thing in this part of the cosmos. If you could look long enough, you would see the swirling of the great drifts of white cloud, covering and uncovering the half-hidden masses of land. If you had been looking for a very long, geologic time, you could have seen the continents themselves in motion, drifting apart on their crustal plates, held afloat by the fire beneath. It has the organized, self-contained look of a live creature, full of information, marvelously skilled in handling the sun.”John Nelson illustrated the “Breathing Earth,” (below) which are two animated GIFs he designed to visualize what a year’s worth of Earth’s seasonal transformations look like from outer space. Nelson–a data visualizer, stitched together from NASA’s website 12 cloud-free satellite photographs taken each month over the course of a year. Once the images were put together in a sequence, the mesmerizing animations showed what Nelson describes as “the annual pulse of vegetation and land ice.”

As the climate changes, the planet comes alive. Earth appears to breathe when ice cover grows and melts–in and out, in and out.

White frost radiates out from the top of the globe and creeps south in all directions. It travels through Siberia, Canada, and northern Europe, heading towards the equator located around the circle’s edge, but ends before the top of Africa. The Mediterranean Sea is the visible body of water on the top left hand side, and the Great Lakes make up a small network of dark blue shapes on the land mass to the right.

The Earth acts as a single system – it is a coherent, self-regulated, assemblage of physical, chemical, geological, and biological forces that interact to maintain a unified whole balanced between the input of energy from the sun and the thermal sink of energy into space.

In its most basic configuration, the Earth acts to regulate flows of energy and recycling of materials. The input of energy from the sun occurs at a constant rate and for all practical purposes is unlimited. This energy is captured by the Earth as heat or photosynthetic processes, and returned to space as long-wave radiation. On the other hand, the mass of the Earth, its material possessions, are limited (except for the occasional input of mass provided as meteors strike the planet). Thus, while energy flows through the Earth (sun to Earth to space), matter cycles within the Earth.

The idea of the Earth acting as a single system as put forth in the Gaia hypothesis has stimulated a new awareness of the connectedness of all things on our planet and the impact that man has on global processes. No longer can we think of separate components or parts of the Earth as distinct. No longer can we think of man’s actions in one part of the planet as independent. Everything that happens on the planet – the deforestation/reforestation of trees, the increase/decrease of emissions of carbon dioxide, the removal or planting of croplands – all have an affect on our planet. The most difficult part of this idea is how to qualify these effects, i.e. to determine whether these effects are positive or negative. If the Earth is indeed self-regulating, then it will adjust to the impacts of man. However, as we will see, these adjustments may act to exclude man, much as the introduction of oxygen into the atmosphere by photosynthetic bacteria acted to exclude anaerobic bacteria. This is the crux of the Gaia hypothesis.

One of the early predictions of this hypothesis was that there should be a sulfur compound made by organisms in the oceans that was stable enough against oxidation in water to allow its transfer to the air. Either the sulfur compound itself, or its atmospheric oxidation product, would have to return sulfur from the sea to the land surfaces. The most likely candidate for this role was deemed to be dimethyl sulfide.Published work done at the University of Maryland by first author Harry Oduro, together with UMD geochemist James Farquhar and marine biologist Kathryn Van Alstyne of Western Washington University, provides a tool for tracing and measuring the movement of sulfur through ocean organisms, the atmosphere and the land in ways that may help prove or disprove the controversial Gaia theory. Their study appears in this week’s Online Early Edition of the Proceedings of the National Academy of Sciences (PNAS).The Story of Water by Alick Bartholomew, is another unique publication in that it reflects the author’s deep knowledge of the principles of whole geophysical systems, which helps us understand the Earth as an integrated Gaia system that sustains us. The book begins by describing our usual view of water based on Western science and then deftly moves on to the frontier sciences that embrace water as the source of life in terms of biological systems, quantum energy fields, etheric fields, spirals, vortices, and as a medium for communications and memory. An understanding of these principles can lead to strategies for treating our water in ways that guarantee a sustainable future for humankind. 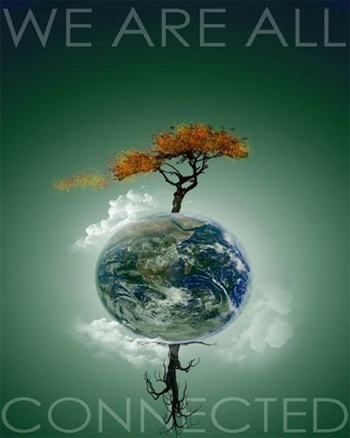 How Does Gaia Work?

To understand how the Earth is living, let’s take a look at what defines life. Physicists define life as a system of locally reduced entropy (life is the battle against entropy). Molecular biologists view life as replicating strands of DNA that compete for survival and evolve to optimize their survival in changing surroundings. Physiologists might view life as a biochemical system that us able to use energy from external sources to grow and reproduce. According to Lovelock, the geophysiologist sees life as a system open to the flux of matter and energy but that maintains an internal steady-state.

Beyond the scientific importance of what we have discussed here, we might do well to consider some of the more poetical thoughts of the originator of the theory:

“If Gaia exists, the relationship between her and man, a dominant animal species in the complex living system, and the possibly shifting balance of power between them, are questions of obvious importance… The Gaia hypothesis is for those who like to walk or simply stand and stare, to wonder about the Earth and the life it bears, and to speculate about the consequences of our own presence here. It is an alternative to that pessimistic view which sees nature as a primitive force to be subdued and conquered. It is also an alternative to that equally depressing picture of our planet as a demented spaceship, forever traveling, driverless and purposeless, around an inner circle of the sun.”

The strong Gaia hypothesis states that life creates conditions on Earth to suit itself. Life created the planet Earth, not the other way around. As we explore the solar system and galaxies beyond, it may one day be possible to design an experiment to test whether life indeed manipulates planetary processes for its own purposes or whether life is just an evolutionary processes that occurs in response to changes in the non-living world.

Liz Bentley is a graduate in geology, professional photographer and freelance journalist with an acute insight into fossil records and climatology.