Home » NASA’s Kepler telescope has made a significant exoplanet discovery that will be revealed tomorrow LIVE! 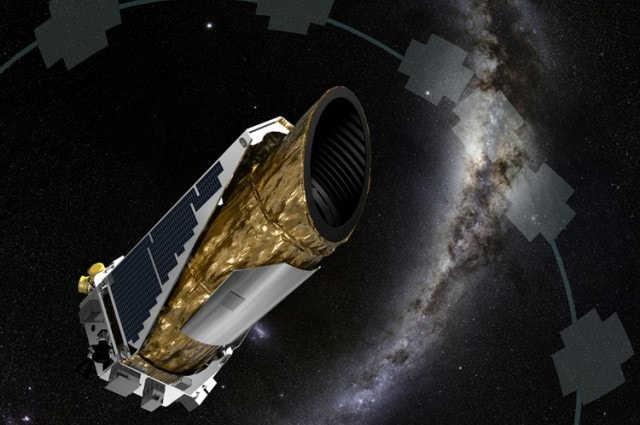 NASA is set to announce the major discovery of a new planet by the Kepler Space Telescope tomorrow (July 23) at noon EDT (5 p.m. BST), and you can watch it live below.

But while this knowledge might seem commonplace, it is rather incredible to remember that the first planet outside the Solar System was not discovered until 1992 – and then only by accident.

Since then, thanks to an array of telescopes we have a greater understanding than ever of some of the exoplanets found elsewhere in the universe – from fascinating hot Jupiters that orbit their stars in days to Earth-sized planets in habitable zones of red dwarfs – but we are yet to find a true Earth 2.0, namely an Earth-sized world around a Sun-like star.

“Today, and thousands of discoveries later, astronomers are on the cusp of finding something people have dreamed about for thousands of years – another Earth,” NASA teased in a statement. The live stream below will reveal the discovery tomorrow at a news conference at noon EDT (5 p.m. BST).

No planet-hunter has been more successful than NASA’s Kepler Space Telescope, which has been responsible for finding the vast, vast majority of all the planets we know of today – with its current tally standing at more than one thousand confirmed planets and several thousand more candidates.

Launched in 2009, Kepler’s primary mission lasted for more than three years, during which time it monitored more than 145,000 main sequence stars with a photometer. By detecting dips in brightness from orbiting planets passing in front of the stars – known as the transit method – the telescope has been able to find a huge number of worlds.

After losing the use of two of its four reaction wheels in 2013 – which it uses to angle itself towards distant stars – NASA came up with a novel method to continue operations by using the photons from sunlight as a makeshift third reaction wheel. Using this method, Kepler is now in the midst of its second mission, dubbed K2 “Second Light.”

So, tune in tomorrow for news of its latest discovery as we continue to reveal our place in this increasingly planet-rich universe.