We preach that all humans are created equal but at the same time wallow in the stereotype that places men above equality. And as part of these stereotypes, we have unfairly assigned certain tasks to women. But genderization of certain professions, jobs, and even simple chores has left many people negotiating between their identities. This can only be cured by bringing more people into tasks generally perceived as something normally done by females.

Tasks Are Not Gender Specific

Some tasks are normally perceived as basic for either gender, like ironing, sewing, and cooking. It is usually learned at home but when it is offered in a school where boys are in a majority, it takes on a new dimension. What a boy makes of himself in later years is inculcated in him in his formative years. It becomes imperative that they are gender aware and gender sympathetic at an early age. 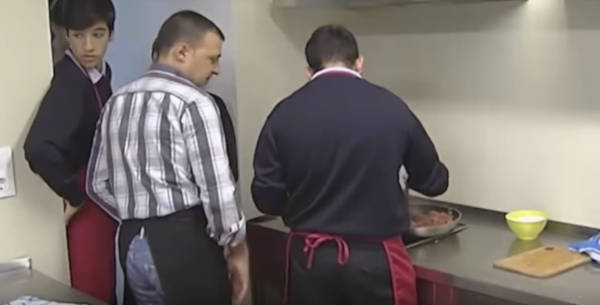 The Montecastelo School in Spain has decided to make its male students break out of these stereotypes and made to do tasks traditionally perceived as feminine. Ironing, cooking, and sewing were included in the curriculum. Along with some manual activities such as carpentry, plumbing, and basic electricity. The teachers chipped involuntarily and so did the fathers of some of these students.

This idea germinated as a way to promote gender equality. The idea was readily accepted by the parents. But the boys were initially not very enthusiastic to learn cooking, sewing, and ironing. But once they were involved in these tasks, their apprehension was eliminated and they saw that these activities were not gendered specific. Both men and women could do it if only they did it the right way. Handling an iron or holding a needle takes a certain amount of dexterity that men can also master if they set their mind to the task.

Gender crossover at the workplace can become a reality when this habit is inculcated at a very early age especially among students. Peer participation helps burst the taboo associated with such chores among children. The tasks that the students were assigned was designed to make things easier for them when they started a family. They are aware from the start that a house involves two persons and no task is distinctively assigned to one partner. Cooking, cleaning and doing the dishes are a man’s job too. It makes the boys better at handling situations in the future.

The first question that should arise is why boy chores should be different from girl chores. Setting the table, helping with the laundry or cooking should not be labeled as girl chores. Every boy should be made aware that when he is out on his own, knowing how to cook and do laundry will be just as helpful and vital as learning to wield the electric drill or mowing the lawn or learning to drive. There are no typical chores for boys and girls. There are only responsibilities that children should be taught. And they should never be gender specific.

So, let’s take a step towards gender equality, shall we?