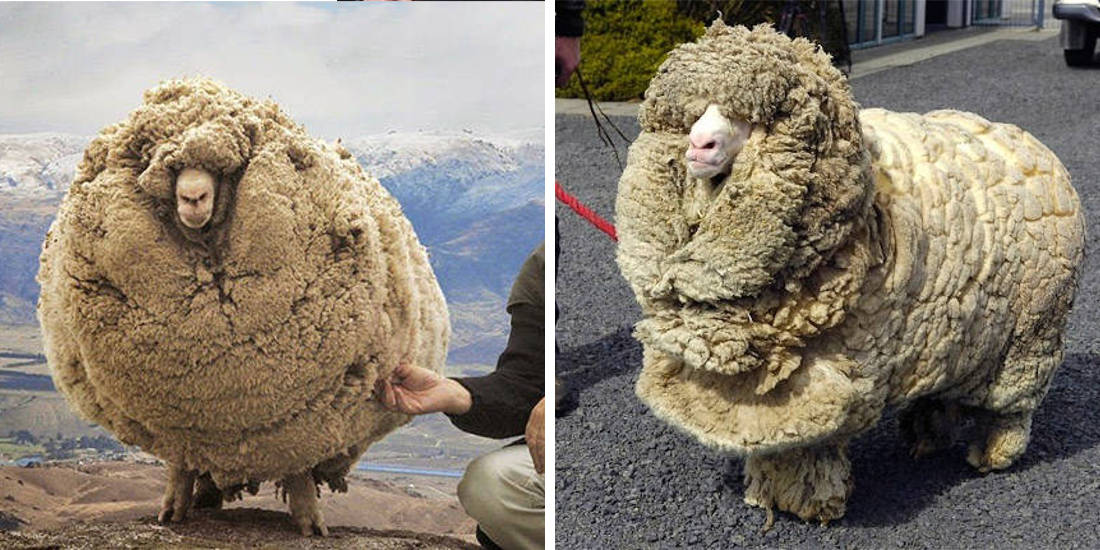 What comes to your mind when I say ‘sheep’? Most probably, you think of a woolly, docile animal. Maybe, you are reminded of Baa Baa Black Sheep or even Shawn the Sheep. That totally depends on the century of your birth. 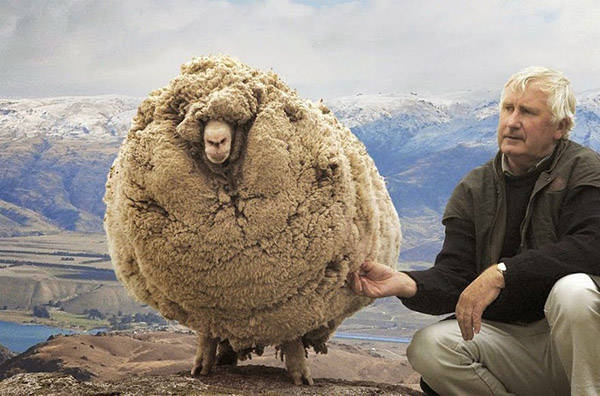 More often than not, any reference to a sheep brings to our minds the image of a timid and submissive creature. One that always needs a father figure – like a shepherd dog – to look after them. A creature that does not know what’s good for itself. One way or the other, we don’t quite think much highly about a sheep.

Yet, that may not be the case anymore, once you know the story of Shrek the Sheep. Yes, he is, in fact, ‘The Sheep’ of this moment. His act of sheer rebellion and his display of intelligence have stunned the world. 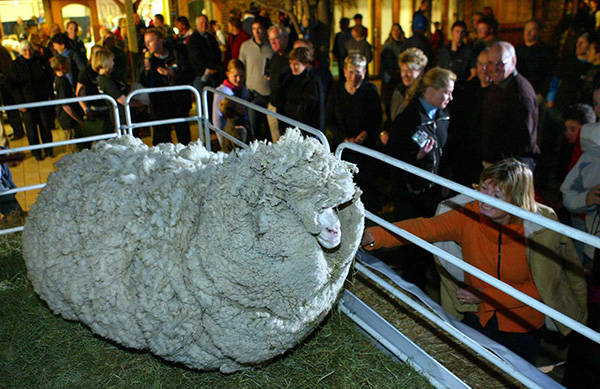 Like many among us, Shrek is never too excited about a haircut. In fact, he simply hates them and doesn’t ever want to get one. If you remember that we are talking about a sheep here, ‘hair’ in his case means ‘wool’ for us.

The clever Shrek escaped and avoided shearing. Not for a day, not for a month, but for six long years. Yes! You read it right. SIX years and no one could find Shrek for a shearing session. 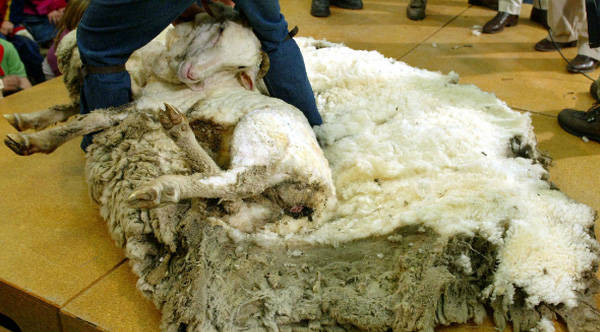 You might wonder how he managed such a feat. Well, that’s indeed something to wonder about.

This clever sheep from New Zealand was hiding inside a cave while everyone was looking for him outside. Inside this cave, Shrek spent his life in silence for six long years. 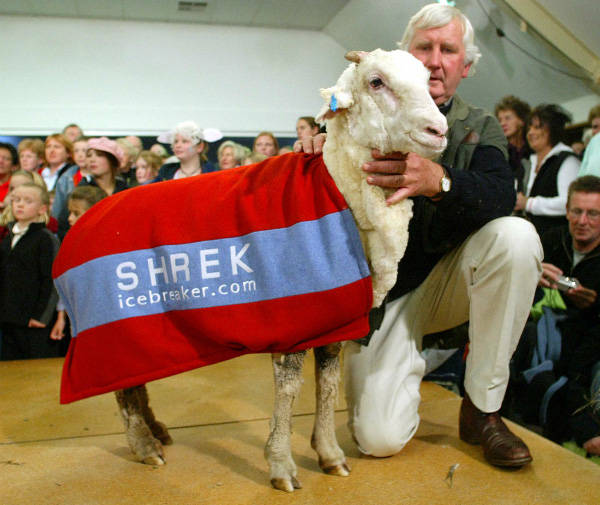 Finally, in 2004, his owners discovered him. By that time, Shrek’s appearance had changed so much that he didn’t even look like a sheep any more. He, in fact, appeared as if he was some woolly giant. Now, I hope you can imagine that this giant was rather sweet than scary.

Anyone who saw Shrek during that time – including his owners – was admittedly overwhelmed only by looking at him. 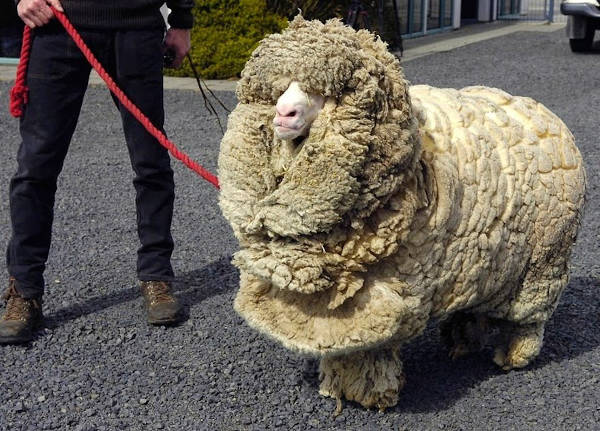 According to local farmers, Shrek finally underwent shredding. When this was done, the wool was enough to make suits for as many as twenty men.

Before witnessing Shrek, many people had thought that sheep do not grow their wool unless sheared. 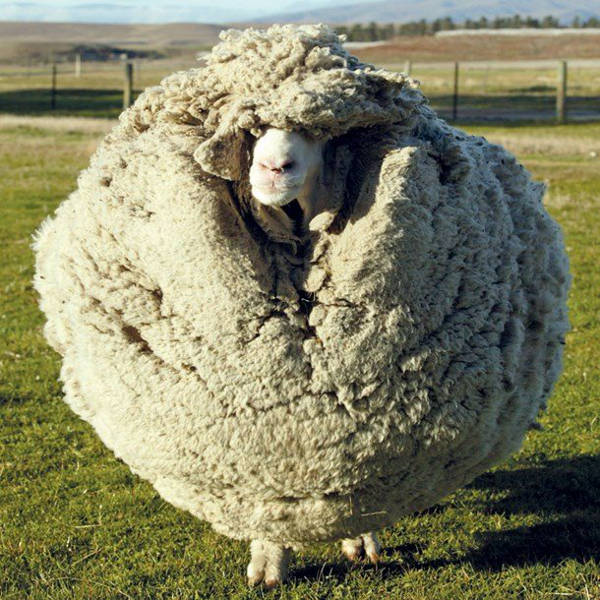 However, that is not true of domestic sheep who have adapted to the ways of the humans.

Similar to the Bighorns from the west, most other primitive sheep shed the majority of their wool once a year. 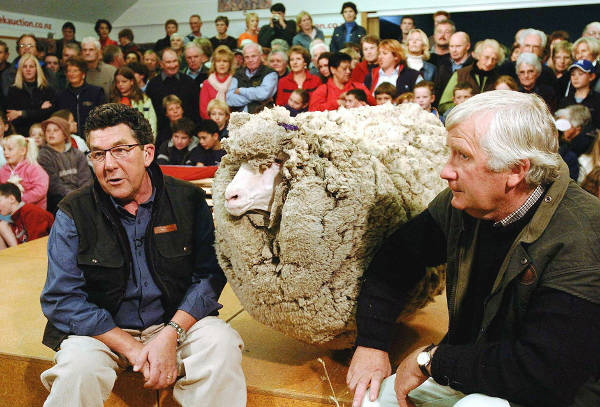 It is quite possible that Shrek would have hidden even longer, only if his long wool didn’t trouble him. Most probably, Shrek faced problems in seeing and moving. Maybe he also felt too hot underneath.

In any case, Shrek was smiling broadly when he was found and it’s told that it was splendid.