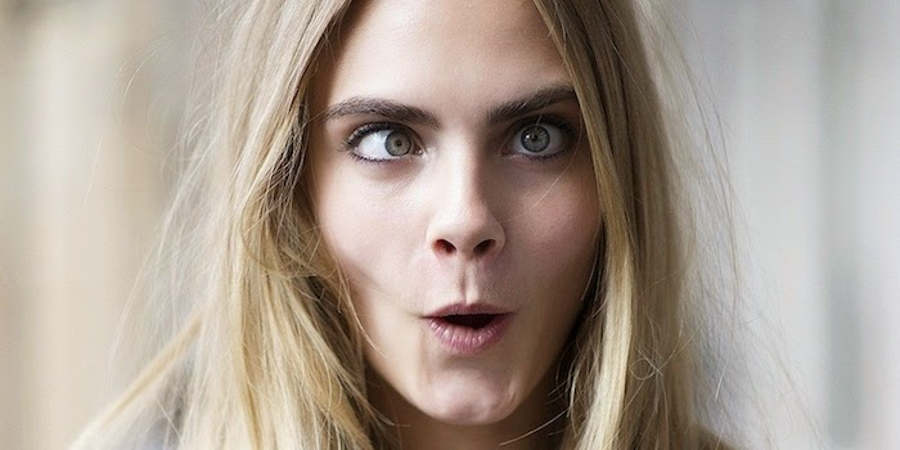 Look at you, sitting over there, reading my article, looking all cute and sh*t.

Just kidding, you’re a hot mess today — I was being completely sarcastic.

I try to incorporate sarcasm into every talk I have with family members, parents, friends, and even total strangers.

Can you blame me? A growing pool of research indicates that those of us who dabble in the art of sarcasm is actually much better off than those who can’t take a joke.

As it turns out, using sarcasm in daily conversation may mean that you are smarter, found to be more attractive in general and are even more successful in your career.

But why do you care, am I right? What’s even the point of reading this boring old article, anyway?

Just playing. I’m about to straight-up blow your brain away with facts. That, my friends, was once again sarcasm in its finest form.

If you don’t sense the sarcastic undertones hidden throughout this reading, well, I just feel sorry for you.

Our ancestors used sarcasm to determine the difference between friend and foe.

As it turns out, sarcasm can be used for a whole lot more than getting a laugh (or some salty looks) from your friends and loved ones.

In fact, neurophysiologist Katherine Rankin at the University of California, San Francisco, believes humans used sarcasm as an essential survival skill when forming relationships and strengthening bonds, according to LiveScience.

Dr. Rankin, along with other evolutionary biologists, says sarcasm is created and interpreted in the parahippocampal gyrus region of the brain, and being able to tap into that region could be a strong sign of social intelligence.

In fact, being sarcastic could have even given our ancestors an advantage over other, less hysterical people.

Researchers note that the use of sarcasm could have played a crucial role in establishing human civilization as people were beginning to catalog and organize hundreds of relationships, with defining attributes like personality, looks and sense of humor all playing important factors.

However, LiveScience reports sarcasm was particularly critical at the beginning of the human social interaction.

Imagine how much more difficult it would be to time travel back to an ancient civilization and live in a community that doesn’t understand you’re kidding when you say, “No, Nefertiti, that hat literally looks amazing on you. So fierce. You should definitely rock it.”

I mean, it’s one thing to deal with integrating into a community of people from thousands of years ago, but we’re not even going to comment on how ridiculous our Queen looks in that getup? Sorry, not having it.

People who know how to laugh at life are the sexiest of them all.

In all seriousness, there is nothing more attractive than someone with a good sense of humor. Literally.

A study performed by French researcher Nicolas Guéguen studied the effects of having an edge in the form of humor when it came to flirting with women at a bar.

The 60 women who were studied were all between the ages of 20-26 and were initially unaware of the study being done (testing Guéguen’s theory that a little bit of sarcasm can essentially help a guy get the girl of his dreams).

Sure enough, the jokes paid off, and girls were most attracted to the guy when he laid down some jokes.

Researchers even noticed that women find having a sense of humor to be the biggest turn-on out of any trait. According to Psychology Today, female study participants who spoke with the man while he was using comedy described him as being more attractive, intelligent, funny and sociable.

This isn’t exactly a far-out concept for people looking for love: One of the most crucial things we can do to relieve stress in life has a good laugh. We need to pair with people we can joke with, and having a similar sense of humor is crucial to having a healthy relationship.

How can I possibly get along with my significant other if I jokingly tell him, “Yeah, you look really f*cking huge in those pants,” and he actually takes me seriously?

I need to be able to tell someone he looks absolutely terrible so I can then get turned on by his hilarious reaction, which happens every single time we do this bit.

If you can take the jokes, you’re more likely to be successful in life.

Not only are we more likely to be smarter and sexier when we use a little bit of sarcasm in life, but it turns out we’ll be more focused on our goals and likely more successful, too.

The Washington Post reports on a study that examined 375 engineering students to see the effects sarcasm had when used in a conversation between the representative of a company and that business’ customer.

Initially, the study asked the students to imagine themselves as a customer service representative. Then, participants were told to listen to various recorded conversations between customer service agents and their customers.

Some recordings had neutral conversations while others expressed open hostility between both people communicating.

The participants who listened to nothing but sweet-talking could not solve follow-up analytical problems or creative questions as well as those who listened to the angry calls.

When they exposed the students to conversations that had subtle hints of shade, sass, and sarcasm, they not only came up with better problem-solving techniques but were also more focused on their work after.

Perhaps using sarcasm in daily work life can actually help us get ahead, open some new doors in our industries and help us make some strides in areas we’d like to concentrate our efforts in.

The Washington Post also reports on another study showing organizations that do not promote the expression of employee frustrations are the least likely to be successful.

So, there you have it. You just learned why people who are sarcastic are just clearly better at life. If you’re not sarcastic, it sucks to suck, doesn’t it?

Sorry, I promise that was my last time using sarcasm… or was it?