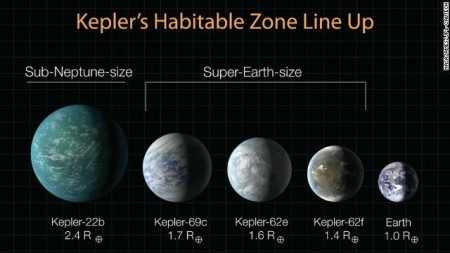 A new study gives hope for the possibility that many potential habitable Super Earths planets orbiting distant stars have exposed continents rather than just water-covered surfaces.Super Earths that have both continents and oceans are more likely to be populated than those that are just water covered.

Super Earths likely have more stable climates as compared to water-worlds, and therefore larger habitable zones where alien life could thrive. In the new study, researchers used the Earth as a starting point for modeling how super-Earths might store their water on the surface and deep underground within the mantle. The work is detailed in a preprint paper titled “Water Cycling Between Ocean and Mantle: Super Earths Need Not Be Waterworlds” that was published in the January issue of The Astrophysical Journal. 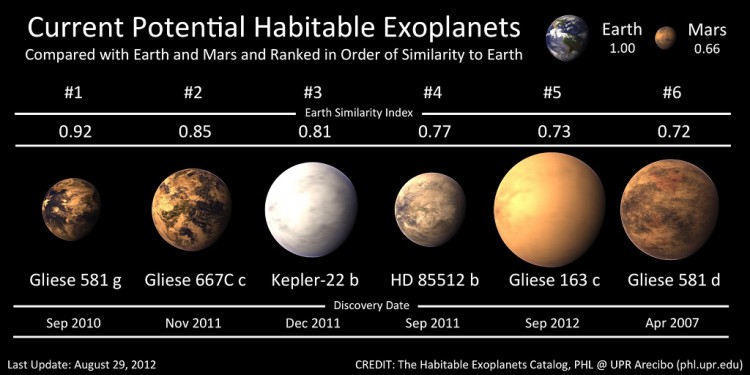 Researchers typically expect Super Earths to exist as water-worlds because their strong surface gravity creates relatively flattened surface geography and deep oceans. But the new study found that super Earths with active tectonics can have exposed continents if their water is less than 0.2 percent of the total planetary mass.

“A planet could be ten times wetter than Earth and still have exposed continents,” said Nicolas Cowan, a planetary scientist at Northwestern University and co-author on the new paper. “That’s important for what the planet looks like and how it ages.”

Cowan and Dorian Abbot, a climate scientist at the University of Chicago, built the model in the study. The model uses Earth as a starting point in defining how a planet’s water distribution could end up balanced in a steady state between the surface oceans and the mantle, which allows the researchers to calculate whether a super-Earth is likely to be a water-world or not.

The movement of tectonic plates on Earth transfers water continuously between the surface oceans and the mantle. Ocean water enters the mantle as part of deep-sea rocks when one tectonic plate slides under another and goes down into the mantle.

“Earth is the only known planet with plate tectonics, a deep water cycle, etc., so it’s a good place to start,” Cowan said. “On the other hand, if it turns out that Earth’s deep water cycle in nowhere near a steady-state, then our conclusions are way off the mark. “

Water in the mantle can re-enter the ocean when volcanic activity splits the planet’s crust at mid-ocean ridges. The loss of the crust causes a drop in pressure that leads the underlying mantle rock to melt and lose volatiles such as water. (An additional twist is that super-Earths with their stronger gravity could have greater seafloor pressure that suppresses the mantle’s loss of water, so that more of the planet’s overall water remains in the mantle.)

There are other uncertainties that could make a big difference in the model’s accuracy in predicting a super Earth’s likelihood of having dry continents. One unknown is the amount of water hidden deep within Earth’s own mantle; Cowan and Abbot cite estimates of one to two oceans worth of water. Another factor is whether or not super-Earths have tectonic processes. If the researchers’ assumptions about either factor are wrong, that would change their model’s calculation of the “water-world boundary,” which represents the mathematical model’s dividing point between water-worlds and worlds with dry continents.

“If some of our input parameters are wildly off, then the actual water-world boundary might differ by an order of magnitude,” Cowan said. “No matter how you cut it, though, the water-world boundary is unlikely to be as damning as previously thought.”Cowanand Abbot tried to compensate for the unknowns by drawing conservative conclusions with the results from their mathematical model. But even those conclusions suggest that super-Earths need not be water-worlds.

The debate over super Earths will continue until space missions begin collecting hard data on how much water exists on such planets. A space telescope with an interior coronagraph or exterior starshade could block the blinding light of distant stars to get a peek at orbiting planets. But no active space telescopes can currently do the necessary work of mapping the surface of super Earths.

“At the very least, you’d need a space telescope with a mirror a few meters wide, coupled to a starshade tens of thousands of kilometers away,” Cowan explained. “NASA is mooting this idea, but it is not the next priority.” One space telescope that could fit the bill would be NASA’s Wide-Field Infrared Survey Telescope (WFIRST) — a planned 2.4-meter telescope with an instrument for imaging exoplanets. The $1.6 billion mission remains up in the air until NASA can squeeze it into the budget, but Cowan expects that WFIRST could get off the ground by the mid-2020s or 2030s. If so, that would bring researchers one step closer to understanding whether super-Earths truly work like our own world.