Sometimes in nature, things are happening that seem too good to be true, perfect coincidences that strongly reflect the beauty and wonder of the world around us. 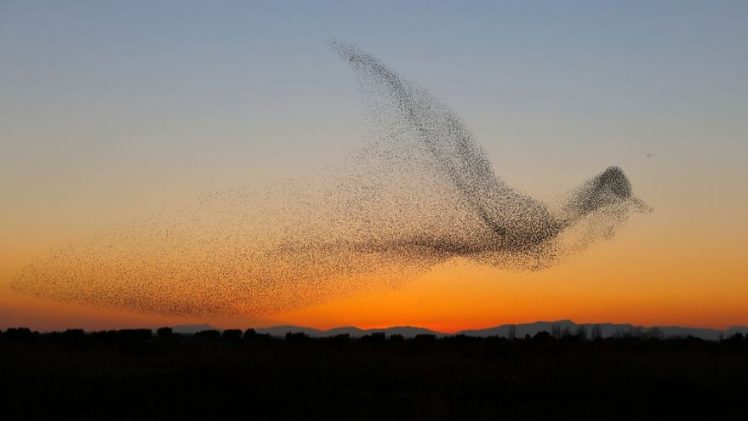 One such episode occurred at Costa Brava, in northeastern Spain, when a flock of starlings (Murmuration) began forming a moving cloud. This phenomenon is a true spectacle, with hundreds, sometimes thousand or more birds that move and turn in what appears to be a coordinated. 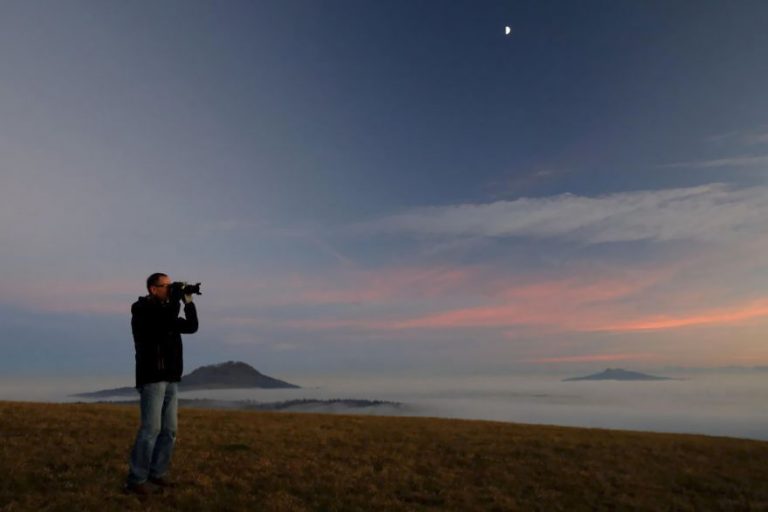 The photographer Daniel Biber from Hilzigen of Germany was there when it started swirling. It was probably the result of a predator such as a hawk who hunted there. It was almost surreal that in response to the predator, the cloud of birds turned into a giant, single bird. Like they wanted to say “we’re bigger than you.” 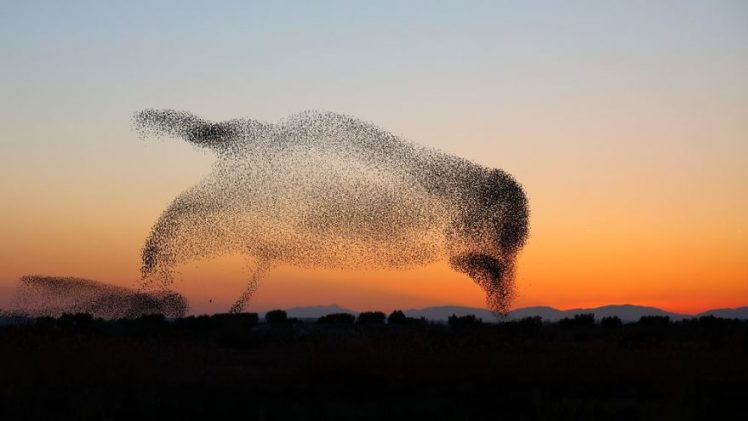 The photos of Mr. Biber won a prize in an international photo contest, but he didn’t realize he had taken such great photos. “Only when I saw the pictures on the computer later, I realized the formation the birds created,” he said. “I was so focused on taking pictures at that moment I had never realized that the birds had created a giant bird in the sky.”

It was a case where the patience of Mr. Biber, who had tried and failed to capture the images before, now rewarded. “I tried to photograph the birds, but never worked as I hoped,” he said. 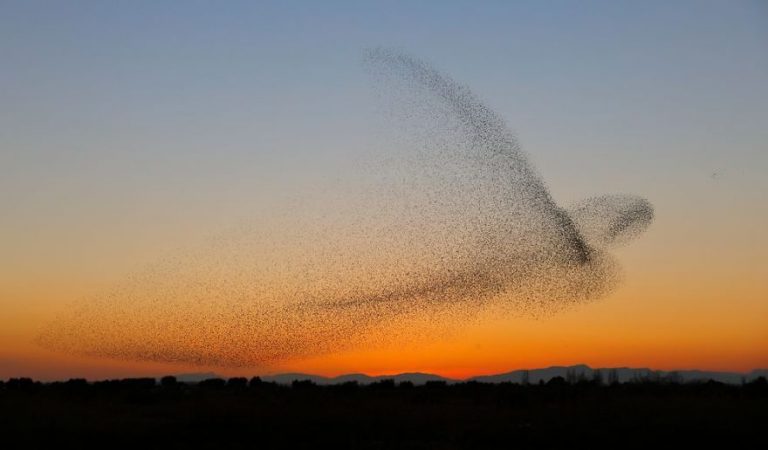 “Eventually I was going to a specific place for four consecutive days to take these photos. 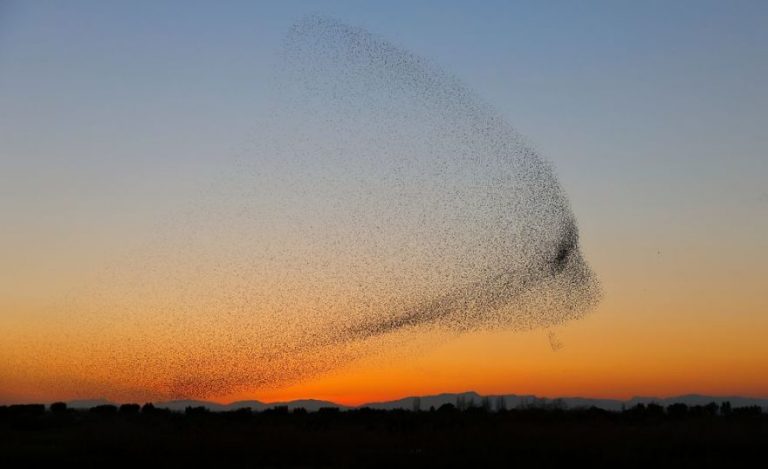 “The birds took less than 10 seconds to create this formation.” 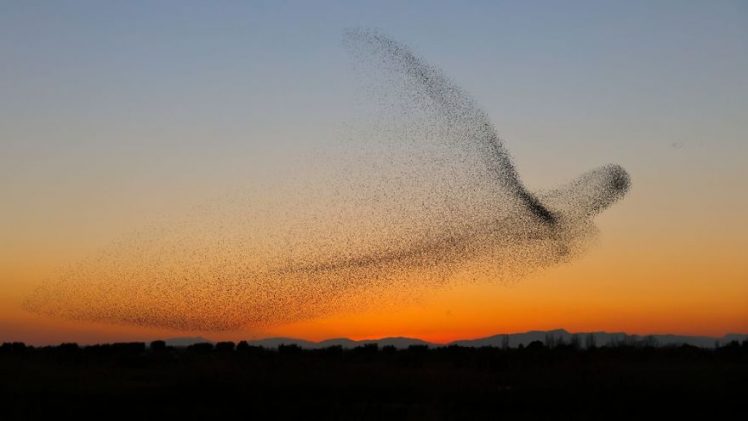 “I realized that I had recorded a unique snapshot, technically, with good focus and high quality.” 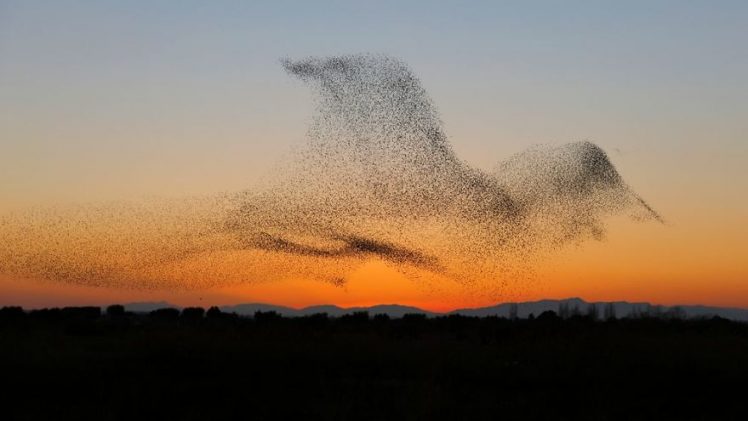 “Usually happens the starlings to create bizarre formations. It can be quite unstable and completely random.” 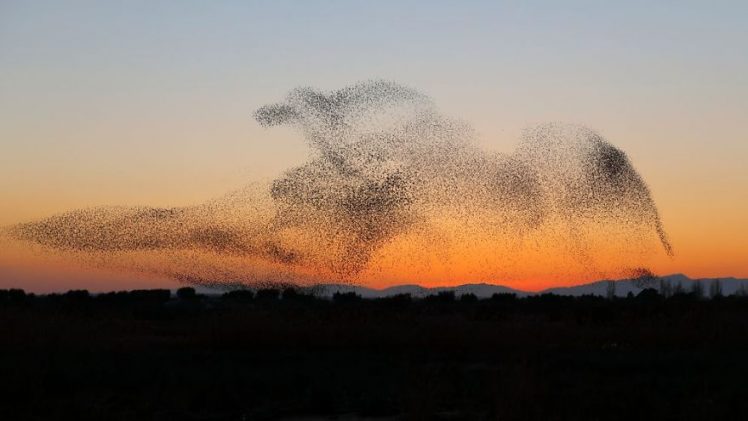 Some people watched the scene, but from other places and may not have seen this.” 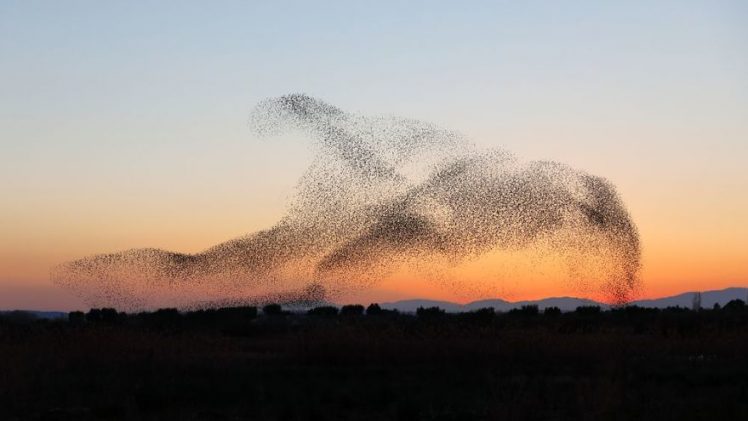 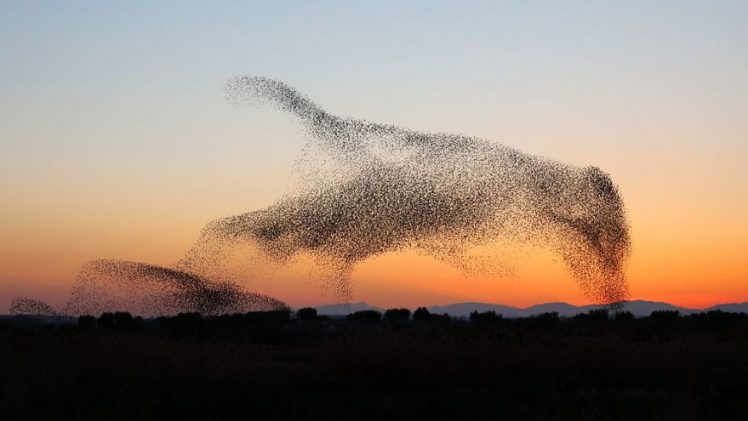