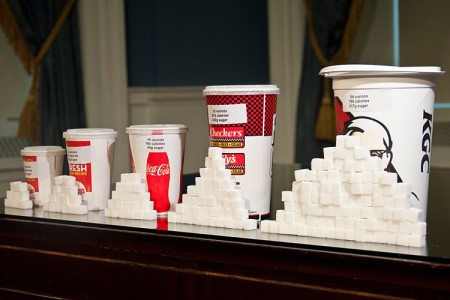 An average diet should not contain more than 9 teaspoons of sugar per day, for men, or 6 teaspoons for women. Yet, an average hot drink from a shop like Starbucks or Costa Coffee can have up to 25 teaspoons, which translates into 99 grams of sugar.

These quantities of sugar are extremely detrimental for a person’s health, and most people do not realise that they are contained in a single drink. However, a study carried out by campaign group “Action on Sugar” found out that out of 130 hot drinks examined, that are sold by major coffee and fast food companies, like Startbucks or McDonalds, the 98% percent should be given a red label warning as far as sugar is concerned. One third of the drinks were found to contain more sugar than a can of Coca Cola, which most people recognise as containing a dangerous amount of sugar. The most “dangerous” drinks were the ones that contained flavored syrup, which is a way to make the hot drink appeal to a person that doesn’t drink regular coffee. However, Action on Sugar found that consumers do not realise this quantity of sugar, and therefore calories, is hidded in these syrups. So, next time you think about getting a Caramel Latte Machiato, maybe it would be better if you eat 10 teaspoons of sugar instead.