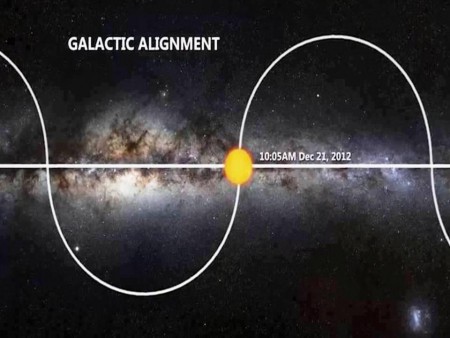 Dec 21, 2012 is on everyone’s mind. What will it bring? Is it the end of the world? A new beginning for mankind? Or just another year on the calendar? 2012 Crossing Over, A New Beginning explores a spiritual perspective on the events of Dec 21, 2012.

This documentary investigates the galactic alignment, consciousness awakening, cycles of evolution, our binary star system with Sirius, the fear agenda in the media, who’s behind it, love vs fear and much more. The film is loaded with revelations of the current times we live in, from the astrologer and teacher Santos Bonacci, and spiritual leaders Bud Barber, and George Neo.
The participants in this documentary say that we’re at that time when great transition takes place. The society, the way we live now, is changing very rapidly. We have to go along with the change that’s happening as opposed to
fear it and resist it. We’ve all heard about “2012.” It’s the doomsday. The world will end, the mankind will end.
Some people got this idea that things will stop, things will end in catastrophe, but actually none of the philosophies assign that. The agenda seems to be trying to put negative spin on it, to radiate fear out on the planet as opposed to love.