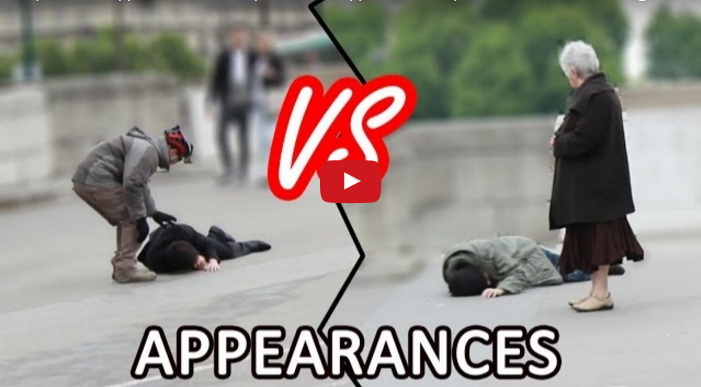 From Shakespear’s Hamlet a quotes says “Clothes make the man—which is doubly true in France.“. Let’s think about that for a moment and  take a closer look at a social experiment that took place in Paris.

In some level, I can agree with that. It is a fact that we make a first impression of someone’s personality or way of life by the clothes he or she choose. I also judge via appearance, but believe that these things are in my “not so important list” when another human being is in need and asked for help. Maybe I talk about my self too much. Let me explain.

A man in Paris tries something clever. He goes in a public street, dressed as a homeless guy and asks help from the citizens. He does the same thing, in the same place wearing a suit. The result is really cruel. All these things, take place in a European city in 2014.

Sometimes I wonder if there is hope out there! I hope this video awakens you. I still have faith in humanity.

So do you judge via appearance?

By Johnny Stones, Truth Inside Of You.