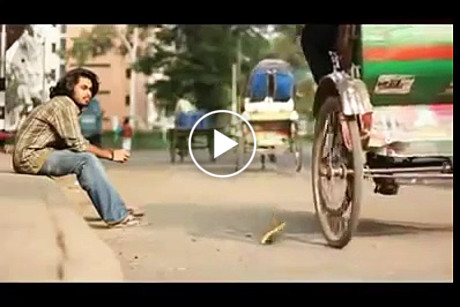 We have to cultivate and develop a great attitude, and we can change the world through this..How?The video showed an Asian community, with large numbers of people craving the rugged setting. If one isn’t eating, the other would be smoking and so on.., one will think they’ll have the same mindset, but that’s not true.

There was a guy that sat alongside the road, so quiet and focused, looking at the dramas on the street. He stood up just after a vehicle passed by, while the drive dropped dirt on the floor. He grabbed a chalk and started drawing the image of the refuge; with lots of people dumping refuse on the floor. He drew all the images of the disposals on the floor of the main road. And guess what happened next, a guy passed by and wanted to drop the remnant of his drink on the floor, he then saw the image of that same thing that has been drawn before and withdrew his actions.

This may be quite simple video, but it’s inspirational and fantastic. If we all could lay hold on something like that, the world will change.