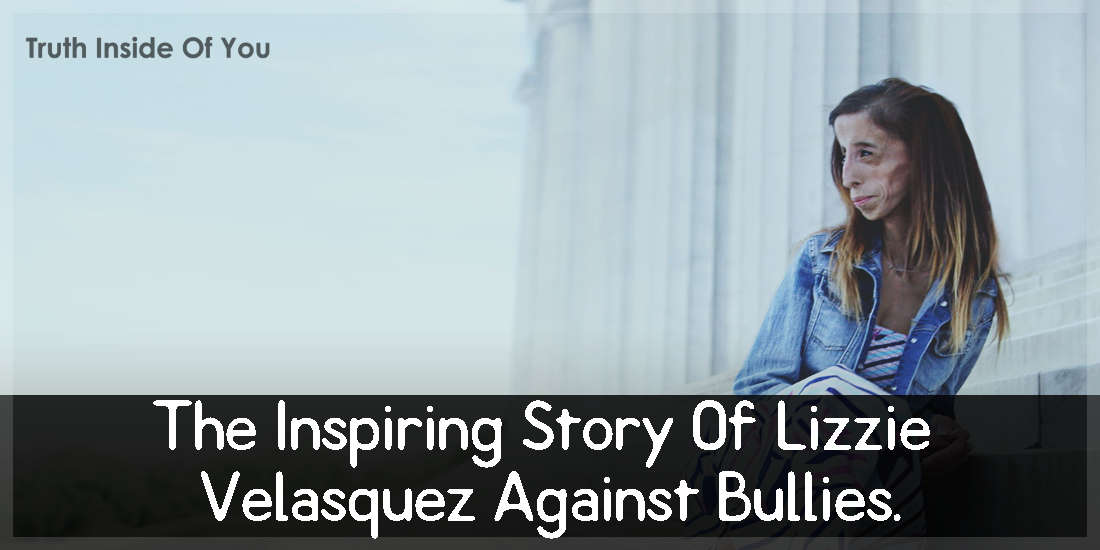 If you think you are going to read for super models or how to become beautiful, you are wrong. This article hopefully, will give you the strength to keep going no matter what you are going through in your life. And it’s all about perfection. Lizzie’s perfection. Let’s find out who Lizzie is.

The lady I am referring to is Lizzie Velásquez. Lizzie is a 27-year-old woman, motivational speaker, college graduate, author of three books, producer of her own film and is involved in organizations for the public good. She also suffers from such a rare syndrome that only three people, including herself, have also suffered from it. Due to the syndrome, she is unable to gain weight, blind in her right eye and has physical deformity.

Throughout her whole life the syndrome was following her, from nursery up until college, being a victim of bullying at a great extent. The high point of it was three years ago when a video of her was uploaded with the title “World’s Ugliest Woman“. Out of nowhere she became the centre of public attention because of her distinctive appearance, which was something that she did not choose. In 2013 she appeared on the Tedx stage and opened up about her syndrome, her purposes and her life, conveying through her speech the message that diversity is not what defines us.

Unfortunately outer appearance does play a very important role in our everyday life and in our society. Quite a few people prioritize it knowing that this is one of the main criteria in order to succeed. Lizzie’s purpose is to inspire people through her speeches and make them focus not only in outer appearance but also to emphasize the inside part of us. In the end, what defines us?

Written by Eirini Konstantopoulou, for Truth Inside Of You