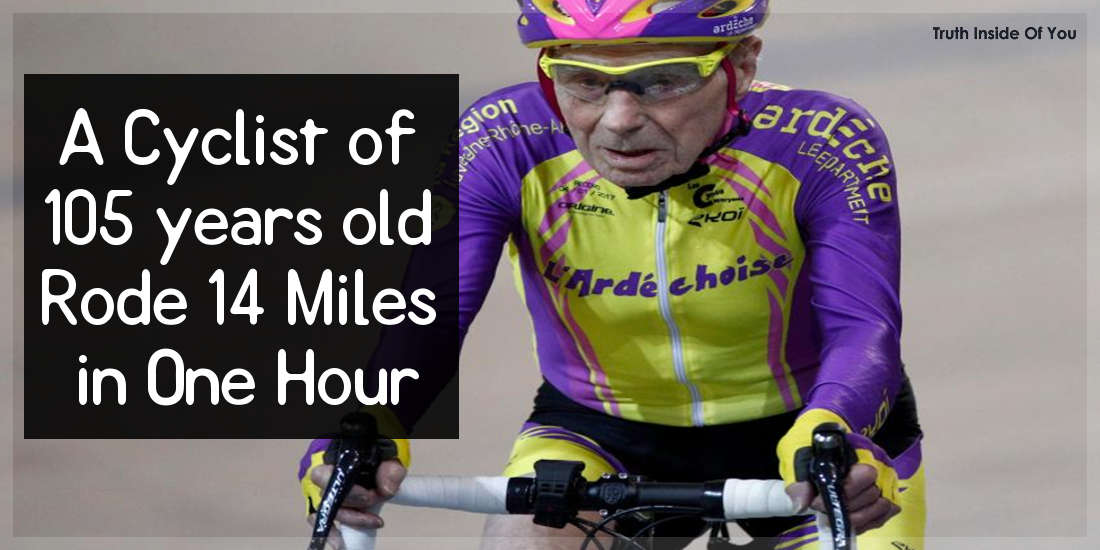 Robert Marchand is a french cyclist that managed an amazing record: he cycled 14 miles (about 24 kilometres) in one hour, at the age of 105 years old!

Robert achieved this record, that is a world record for the age category of more that 105 years old, in the Velodrome National close to Paris, an elite cycling stadium. There, with his purple-yellow outfit and his pink helmet, he did 92 laps within an hour. When getting off his bike, he said he still wasn’t satisfied. “”I did not see the sign warning me I had 10 minutes left,” Marchand said. “Otherwise I would have gone faster, I would have posted a better time. I’m now waiting for a rival.” However, according to AP, he didn’t care that much about the time. As he said, “I am not here to be champion. I am here to prove that at 105 years old you can still ride a bike“.

His background is diverse and worth paying attention too, when seeing his achievements. He was born in 1911, lived through 2 World Wars, worked in Venezuela as a truck driver, in Canada as a lumberjack, and could only start riding his bike at 68, due to lack of free time. This didn’t stop him from cycling from Paris to Moscow, and also achieve such great records.

How is it possible that at his age, he can manage such extraordinary feats? According to his trainer and friend, he eats healthy, with a lot of vegetables and fruit, doesn’t drink wine often, and exercises every day. Is it really that simple?