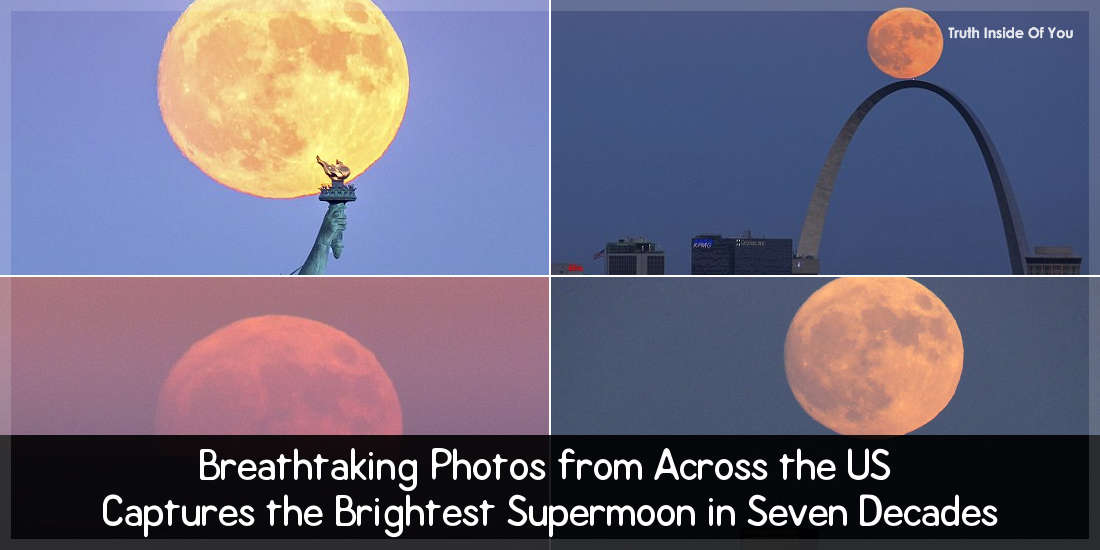 Some incredible photographs have emerged of the largest full moon in nearly 70 years.

The full moon appeared for several days and had Earth-bound skywatchers awed from it’s mesmerizing glow.

Why does the moon get closer and further away, rather than staying at the same distance? According to astronomers, this is because it’s orbit is egg-shaped, rather than being circular.

A “supermoon” is when the full moon occurs at the same time the moon’s 28-day orbit is closest to Earth.

Approximately one in every 14 full moons is a super moon, according to astronomers.

Unfortunately, we will have wait until 2034 for the full moon to come as close as did for these few days.

So it’s wonderful that photographers took the opportunity to show the Moon in all its glowing glory. It’s truly remarkable to take a step back and be awed by its majestic beauty.