Home » Are Alter Egos A Product Of Bipolar Disorder?

Halloween isn’t the only time we appear to be someone we’re not. All during the year, alter egos are born and bred into full-fledged personalities. They cavort around causing mischief, or maybe they become heroes to the more introverted parts of us. Seems fun, right? Well, it depends on how you look at it. For the mentally ill, developing an alter ego can mean more than just fun, it can mean dangerous consequences. To understand what I mean, first, you have to understand what an alter ego really is. 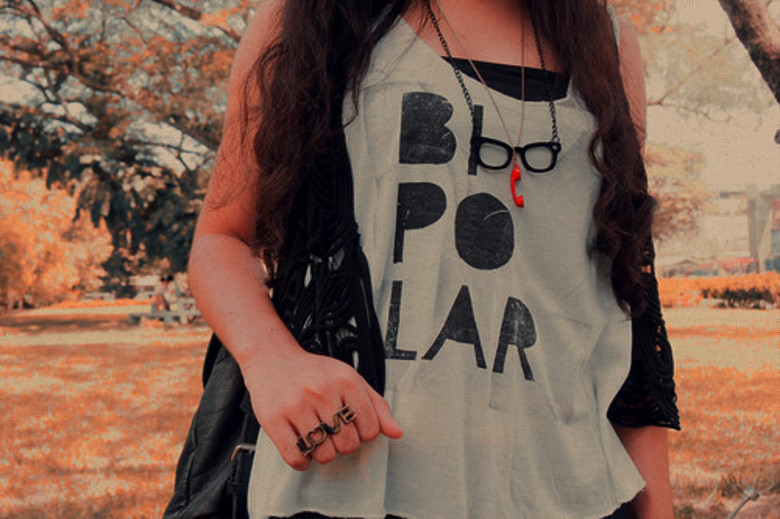 What’s the pure definition according to the books?

Alter ego: Another side to oneself or the second self. The Urban dictionary says the Alter ego is an opposite personality.

There are a number of definitions which imply different situations. An alter ego can be a close friend, or an intimate relation so close they are a part of you. Interesting huh? In casual terms, alternate personalities can be defined as separate characters living with or borrowing from another-these personalities may inhabit those who live a rather mundane life during the day, turning them into something much different by nightfall. Werewolves represent a physical transformation into the alter ego. Although werewolves are just legends, transference to the alter ego can feel almost like…. shedding a skin or growing fur-the turning.

While all this seems interesting and fun, again, it can be problematic. Understanding the alter ego is not as easy as you think, especially when it’s attributed to mental illnesses like Bipolar Disorder. That’s when things get complicated, even other-worldly at times.

Agnes Oppenheimer explains the “Alter Ego” in the International Dictionary of Psychoanalysis.

“The representation of another complicit in the subject’s narcissism, or self-object, the alter ego refers to the narcissistic need of another similar to self, a factor in the development of self.”

In further reading, it’s interesting to catch this distinct connection between Bipolar disorder and the alter ego-the “other” has implications which seem eerie. Could illnesses, such as Bipolar Disorder, cause alter egos to form? I think so. Think of it in Oppenheimer’s terms, alter egos are mirror transfers or opposites. With Bipolar disorder, we deal with opposite poles which is, in many ways, the same. And how far back can alter egos develop?

“The line of development of the alter ego is important throughout the period that extends from the age of four to ten years; friendship, the need for someone like us, sometimes changes into the need for an imaginary companion.”

Although there doesn’t seem to be a lot of research pertaining to this subject, I want to share what I know from personal experience and the cases that I’ve seen in the past.

A condition that causes extreme mood swings alternating from highs and lows.

Bipolar disorder-ah, that wonderful elevated tension between the poles that ultimately ends in one side dominating the other. There is a lack of balance except for those few times that normalcy is present. I am the case study here, suffering from this illness from as long as I can remember. The thing that I call my “alter ego” is called Spirit. Sometimes she works alone and sometimes she works in unison with me for a time.

Her name is Spirit. This version of me is completely different from the other part. Unlike the depression side, Spirit, the mania, cannot sleep, she cannot stop moving and she is hypersexual. There is no time to sleep and all senses are heightened. Spirit can be helpful. She has given me the ability to be strong in areas where I needed to be.

My illness created my alter ego

It started long ago. Spirit grew to maximum proportions as I grew older. She stood silently within my psyche waiting for the opportunity to make her voice heard. When abuse and neglect became a major part of my life at the age of four, she could wait in the wings no longer.  She came to me, to my consciousness. I started to imagine her as a fairy that loved to have fun, flying into the trees free from all the abuse and hurt. I watched her stand up to my oppressors and the pedophiles as she utilized her strength and  I didn’t think about controlling her and she quickly got out of hand. As I allowed this part to grow, it became stronger until chaos ensued. Sometimes the things she did were devastating.

Now, to control this side of me, I have to stay busy. Staying busy allows the Spirit character to utilize her massive stores of energy for good instead of bad. During the manic phase, energy is plentiful and I can accomplish things that most people cannot.

Now that you know about alter egos and Bipolar disorder, do you think they are connected? Do you have an alter ego? I know there isn’t much research in this area, but be patient. As our voices are heard, this connection between mental illness and alter egos will be addressed in more detail. As for those who suffer from Bipolar disorder and believe you have an alter ego, you are not alone. I believe it too.

There are others who still live with imaginary friends and still live a productive life! Stay strong, and utilize your alter ego to work for you. You might be surprised by the positive outcome!

By Sherrie Lee Hurd, Truth Inside Of You