Probably the most well known Greek philosopher of all ages, Aristotle was born in Stagira in Macedonia which was in near the northern boundary of Greece. As soon as he attained adulthood at 18, he was admitted to Plato’s school and he studied and taught there for nineteen years.

Aristotle possessed knowledge both vast and varied. His books range across subjects from metaphysics to biology, physics to aesthetics, logic to poetry and music, politics and government to theatre and linguistics and more. He is credited with constituting the first proper system of philosophy in the West. When Plato died, he left the school and went to teach a young prince, the son of Philip of Macedon. This boy would later go on to be called Alexander the Great.

As his tutor, Aristotle was able to procure resources not available to him earlier and all the materials that he desired. He produced most of his books with the aid of the library at Lyceum which he himself had set up. While a student of Plato, he made his own contributions to the latter’s teachings but as he grew older, he became more and more interested in empiricism. According to Aristotle, all the knowledge people possessed came from the way they perceived things. The way he perceived the natural science became the fundamental knowledge on which he based much of his writing.

His works would go on to have a deep and abiding influence on learning in the Middle Ages. Aristotle’s shadow was so great that it even fell on the work of the Renaissance period. Other theories and concepts only took over in during the Enlightenment. His theories in the field of zoology, for example, his theory that the octopus had a tentacle meant for reproduction, were not disputed or fully believed until the 1800s. Moreover, his books also constitute the most ancient works on formal late.

Through his work in metaphysics, Aristotle also shaped Judeo-Islamic philosophy and theology in medieval times. His ideas are still used, especially by Catholic theologians, today.

1) “Knowing yourself is the beginning of all wisdom”.

2) “It is the mark of an educated mind to be able to entertain a thought without accepting it.”

3) “No great mind has ever existed without a touch of madness.”

5) “Excellence is never an accident. It is always the result of high intention, sincere effort, and intelligent execution; it represents the wise choice of many alternatives – choice, not chance, determines your destiny.” 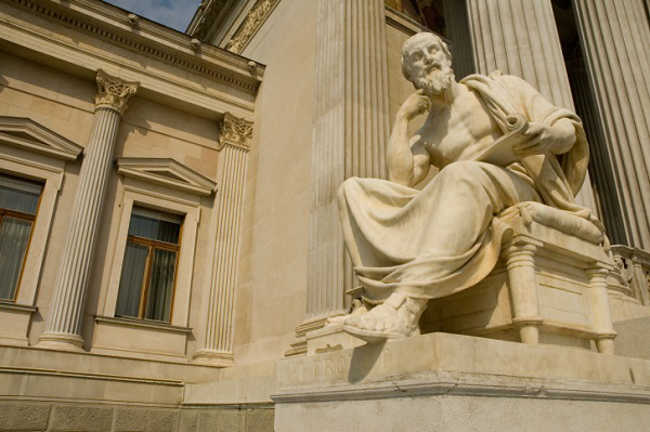 6) “To avoid criticism say nothing, do nothing, be nothing.”

7) “It is not enough to win a war; it is more important to organize the peace.”

8) “Pleasure in the job puts perfection in the work.”

9) “I have gained this by philosophy … I do without being ordered what some are constrained to do by their fear of the law.” 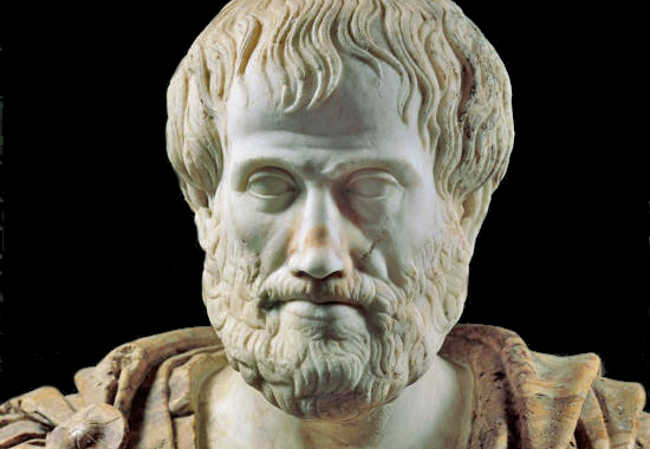 11) “What is a friend? A single soul dwelling in two bodies.”

13) “Happiness depends upon ourselves.”

14) “Happiness is the meaning and the purpose of life, the whole aim, and end of human existence.”

15) “Anybody can become angry — that is easy, but to be angry with the right person and to the right degree and at the right time and for the right purpose, and in the right way — that is not within everybody’s power and is not easy.” 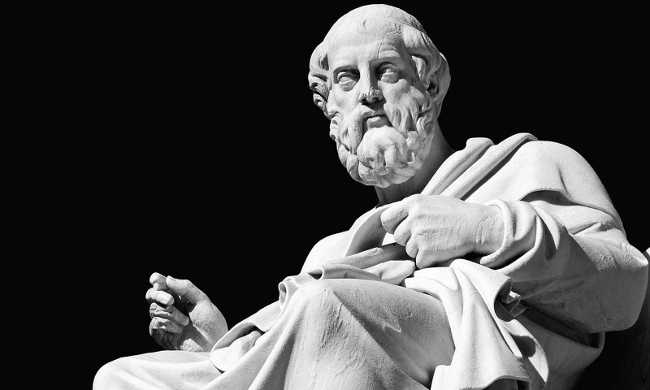 17) “Those who educate children well are more to be honored than they who produce them; for these only gave them life, those the art of living well.”

18) “The educated differ from the uneducated as much as the living differs from the dead.”

19) “He who has overcome his fears will truly be free.” 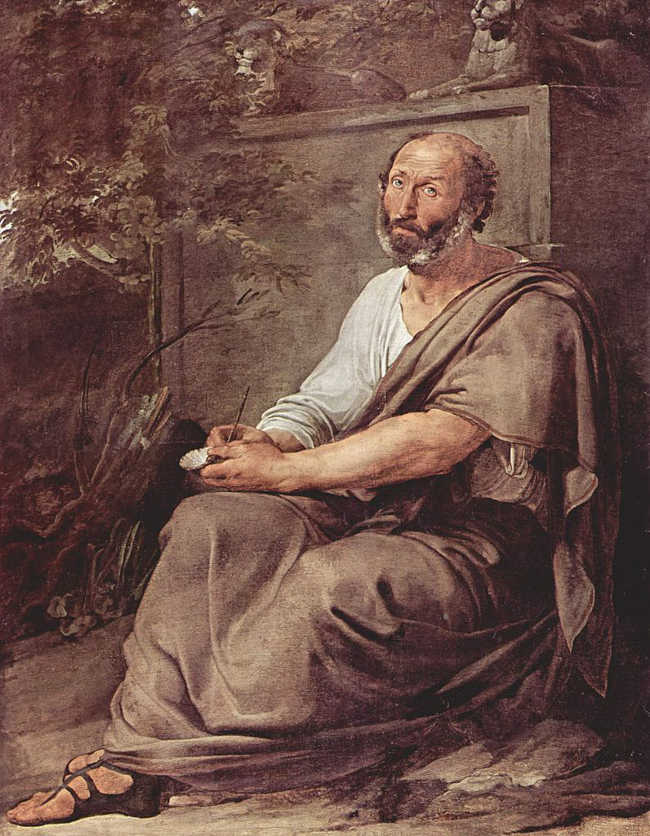 21) “I count him braver who overcomes his desires than him who conquers his enemies, for the hardest victory is over self.”

22) “The antidote for fifty enemies is one friend.”

23) “Poverty is the parent of revolution and crime.”

24) “The high-minded man must care more for the truth than for what people think.”

25) “All human actions have one or more of these seven causes: chance, nature, compulsion, habit, reason, passion, and desire.” 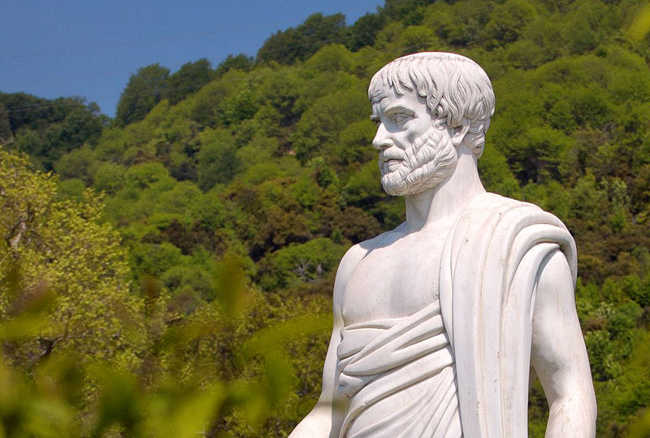 26) “For the things we have to learn before we can do them, we learn by doing them.”

27) “It is during our darkest moments that we must focus to see the light.”

29) “It is not always the same thing to be a good man and a good citizen.” 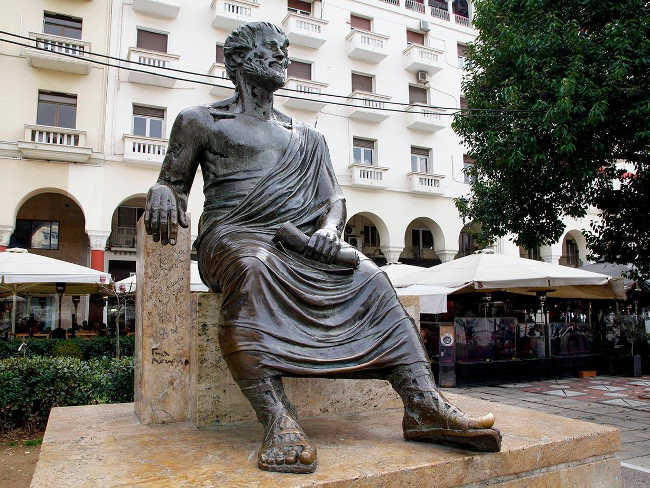 31) “Man is by nature a social animal; an individual who is unsocial naturally and not accidentally is either beneath our notice or more than human. Society is something that precedes the individual. Anyone who either cannot lead the common life or is so self-sufficient as not to need to and therefore does not partake of society is either a beast or a god.”

32) “All men by nature desire knowledge.”

34) “All persons ought to endeavor to follow what is right, and not what is established.”

35) “Nature does nothing uselessly.” 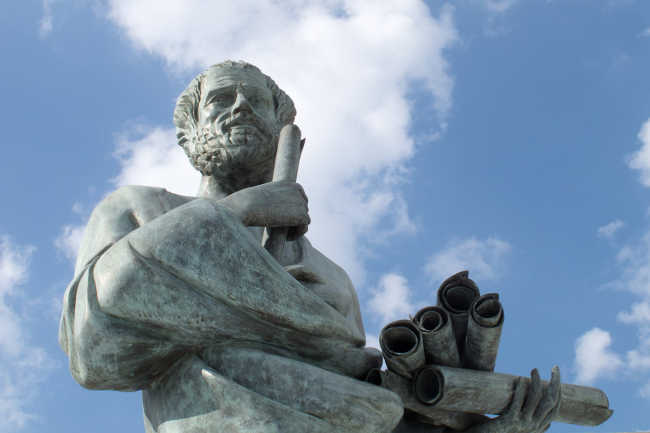 36) “In all things of nature there is something of the marvelous.”

37) “Wise men speak when they have something to say, fools speak because they have to say something”

38) “The only stable state is the one in which all men are equal before the law.”

39) “The roots of education are bitter, but the fruit is sweet.” 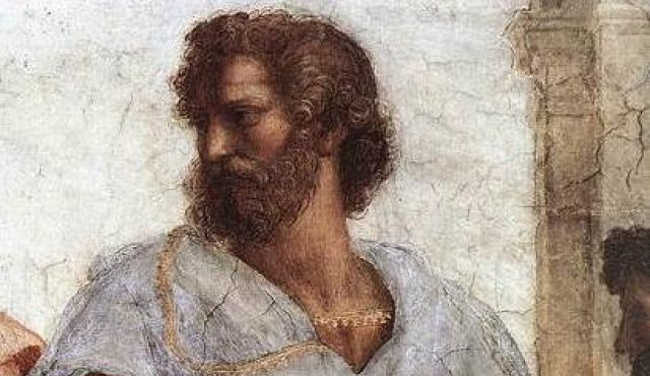