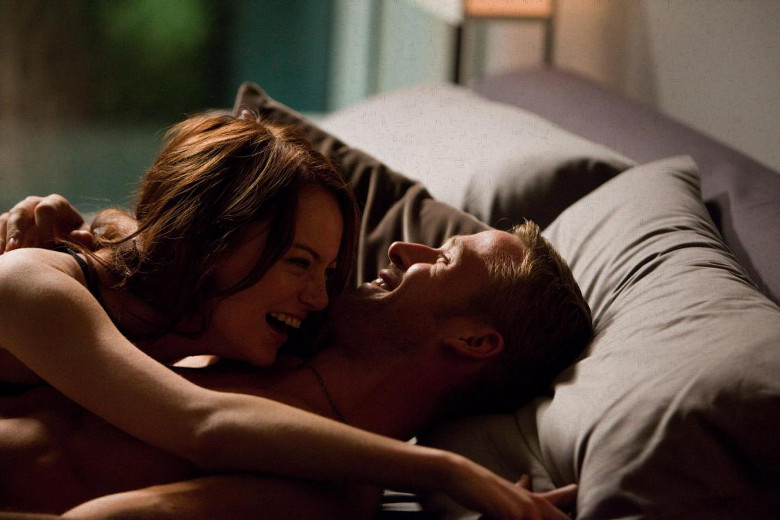 1. You have a blast doing super boring stuff together, like grocery shopping, running to the pharmacy, or doing your taxes.

2. You have more fun eating takeout on the couch than you do dining out at a five-star restaurant.

3. One of your favorite things about being with them is eating whatever the hell you want without worrying about looking cute.

4. You somehow fall for them even more after you see their real, no holds barred, mouth-open sleeping face.

5. And you’re just as comfortable with them seeing yours… drool and all.

How To Tell If a Relationship Is Karmic, Soulmate or Twin Flame.

6. You can certainly appreciate one another when you’re all dressed up. But your favorite versions of each other are sweatpants, your favorite ratty old t-shirts, and no prep time.

7. You treasure their casual handwritten notes and cards more than the most expensive thing they’ve ever given you.

8. They call you out when you need to be called out on something, and vice versa.

9. Your PDA is relatively nonexistent. At this point, you have so much more fun with smirks across the table while sharing an inside joke, private smiles or goofy faces when you make eye contact across the room at a party, and any other communication you have in public that is shared only between the two of you.

10. They’re great at giving you pep talks, but they also refuse to coddle you.

5 Different Types Of Love You’ll Encounter Before You Find Your True Soulmate.

11. You can openly talk – and laugh – about your bodily functions.

12. Sometimes your favorite part about going to weddings together is not the moving ceremony or the emotional toasts, but simply getting drunk together and acting like goofballs.

13. You’ve developed your own relationship lexicon: real or made-up words and phrases that have their own special meaning between the two of you.

14. You know each other so well that you could probably answer correctly for them 9 out of 10 times in a celebrity edition round of Who would you rather?

16. It doesn’t gross you out when they have the flu or get sick in some way because you’re just focused on taking care of them.

17. You openly tell each other when you’re annoying the hell out of each other. And even though it’s based in truth, you can still laugh about it.

18. You can hang out with them in silence without feeling weird about it.

19. In fact, chilling out with them in total quiet, without feeling the need to come up with small talk, is one of your favorite parts of being with them.

12 Signs That Your Girlfriend Is Your Soulmate.

20. You’ll never betray each other by watching an episode of ‘your show’ on your own. You made a pact that the binge-watching of this particular series must be done together. And you both plan to stick to it.

21. They buy you your favorite snack or candy at the convenience store more often than they give you flowers. And you wouldn’t change a damn thing.

22. They make you laugh in extremely serious and inappropriate situations.

23. You’d rather spend a super lame day with them than go on an over-the-top date with anybody else.