There’s a tendency nowadays to think of this world as a cruel place, with human beings being the most wicked of the lot.

But if you think about it, you’ll realize that most of just want to lead happy lives without seeing others get hurt. Watching the news every day might make us think otherwise so here’s a reminder that there is still hope for us all.

From the moment we are born we are bombarded with all these rules and standards we need to conform to just because everyone else is doing it. Let all that go and just stay true to the person you really are. 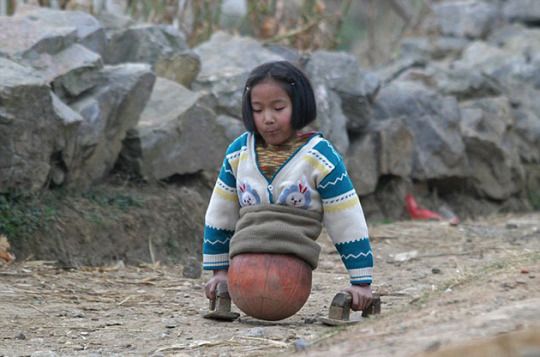 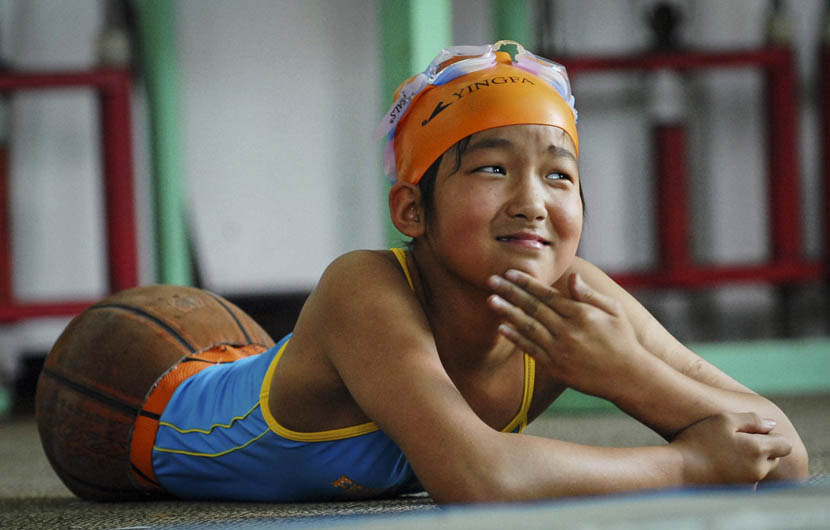 After losing both her legs in an accident, this poor little girl from China had to quit school. But she took up swimming instead and after years of struggle, she is now a gold medalist on the Chinese Paralympic team.

“I’d rather die on my feet, than live on my knees.”
— Emiliano Zapata 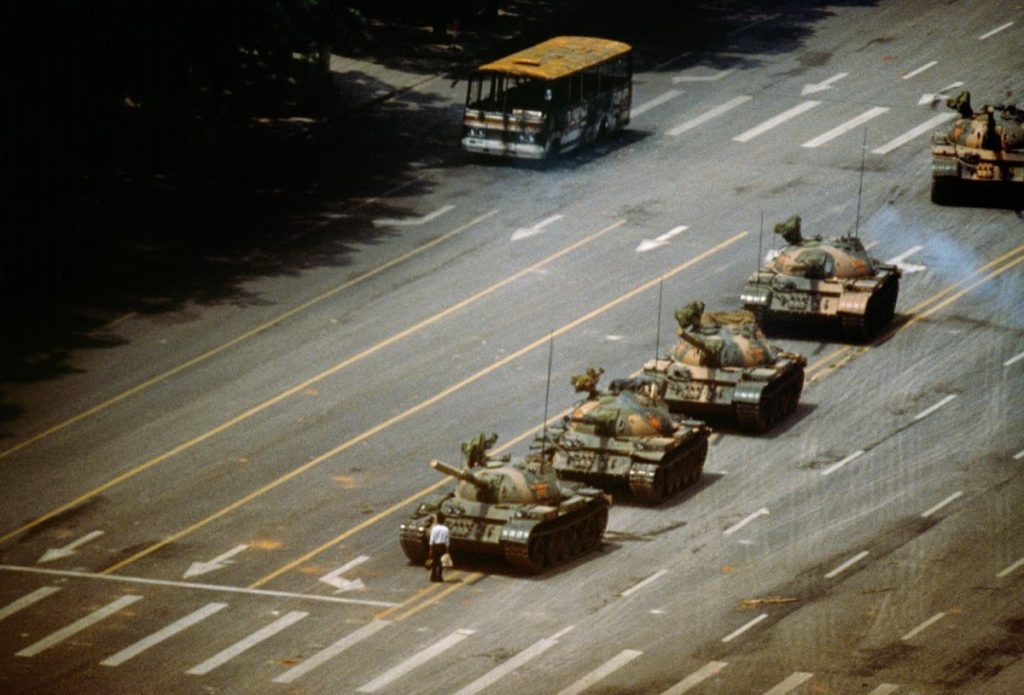 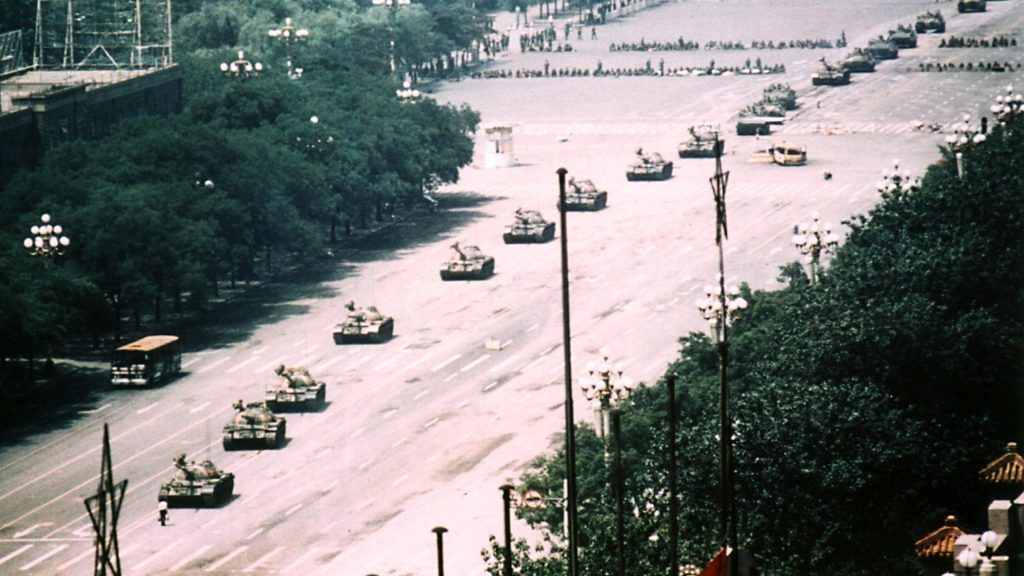 No one knows who he is or what happened to him but the ‘Tank Man’ left a lasting legacy by showing people that we can always stand up for what is right, no matter how dire the situation might be.

A group of women in India decided one day that the only saviors they needed were themselves. And thus, the Gulabi Gang was formed. Now the group has over 400,000 women who actively fight against domestic abuse, child marriage and any form of violence or discrimination against women and children.

“Before becoming a Muslim, a Sikh, a Hindu, or a Christian, let’s become a Human first.”
Unknown 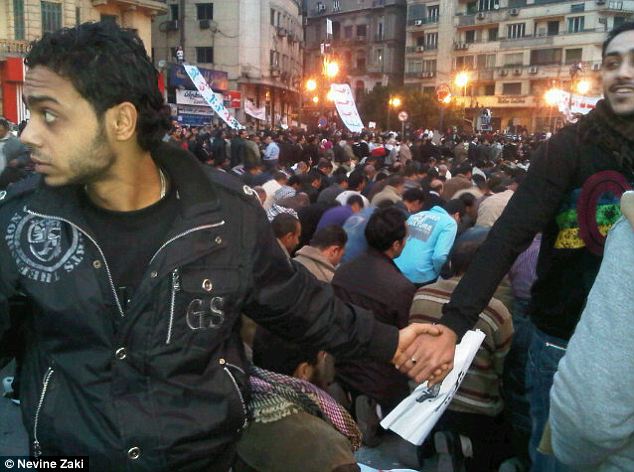 The picture above shows Christians guarding praying Muslims in the middle of the protests in Cairo, Egypt. The picture below shows Muslims doing the same for Christians in Pakistan. 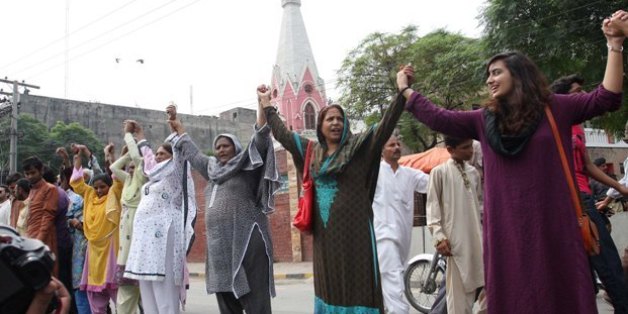 Those who move mountains begin by carrying away small stones.”
— Attributed to Confucius 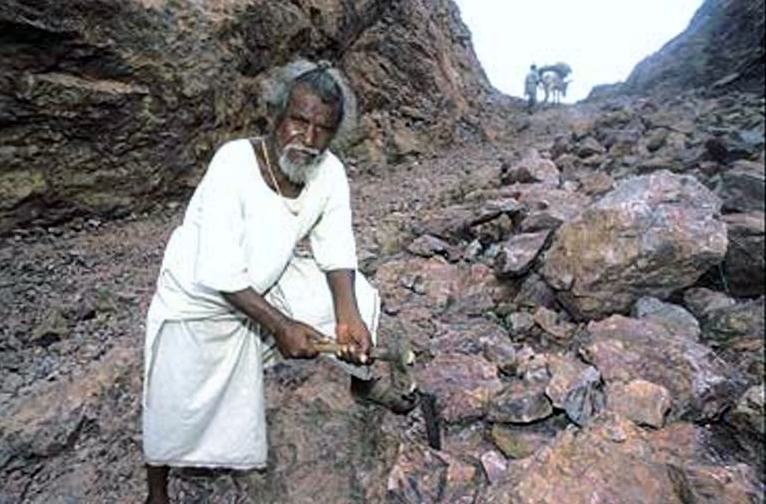 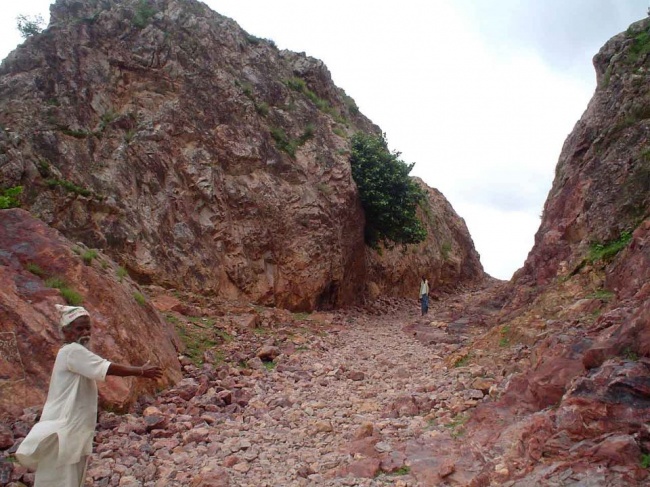 Dashrath Manji has rightly earned the name ‘Mountain Man’. When his wife died because the hospital was too far away, he set out to carve a path through the mountain with just a hammer and a chisel.

It took 22 years but he finally carved out a road so big that even cars can go through, saving countless lives in the process.

The purpose of human life is to serve, and to show compassion and the will to help others.”
— Attributed to Albert Schweitzer 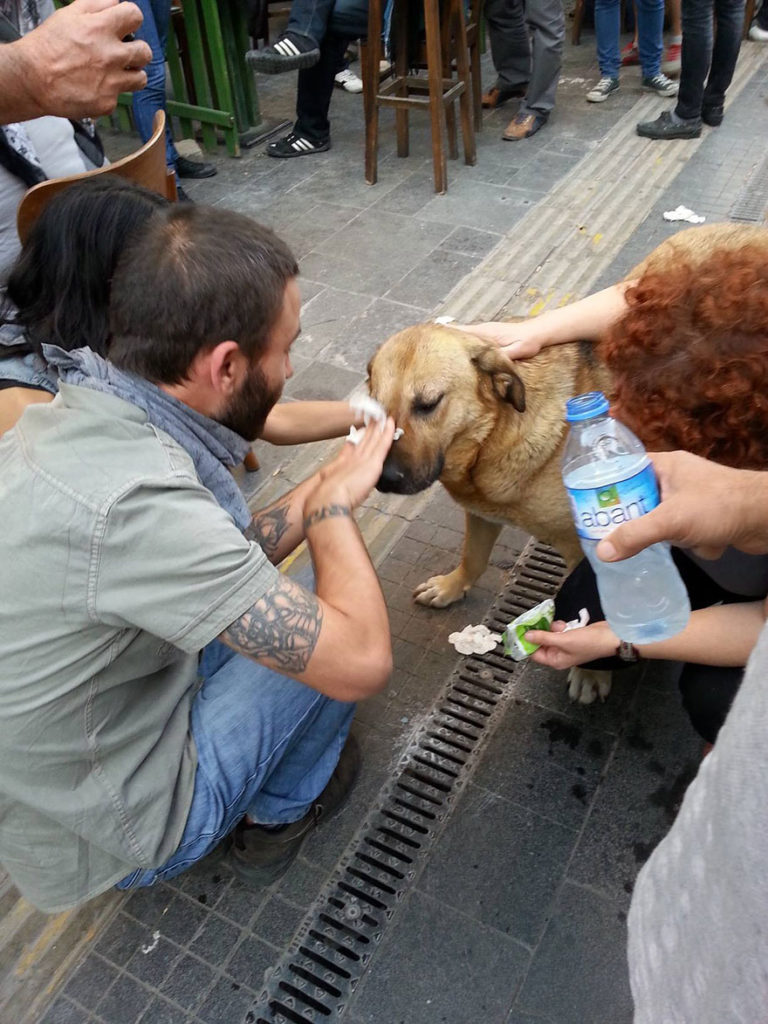 Nobody was spared the pain of tear gas during the Turkish protests of 2013 and when this poor dog was in pain, strangers stopped to wash out his eyes and soothe him.

“One love, one heart, one destiny.” ― Bob Marley 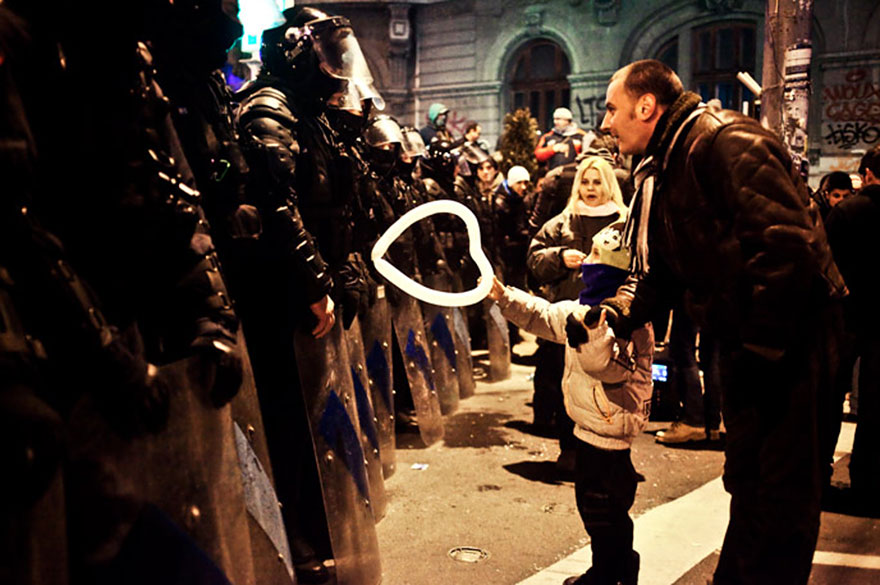 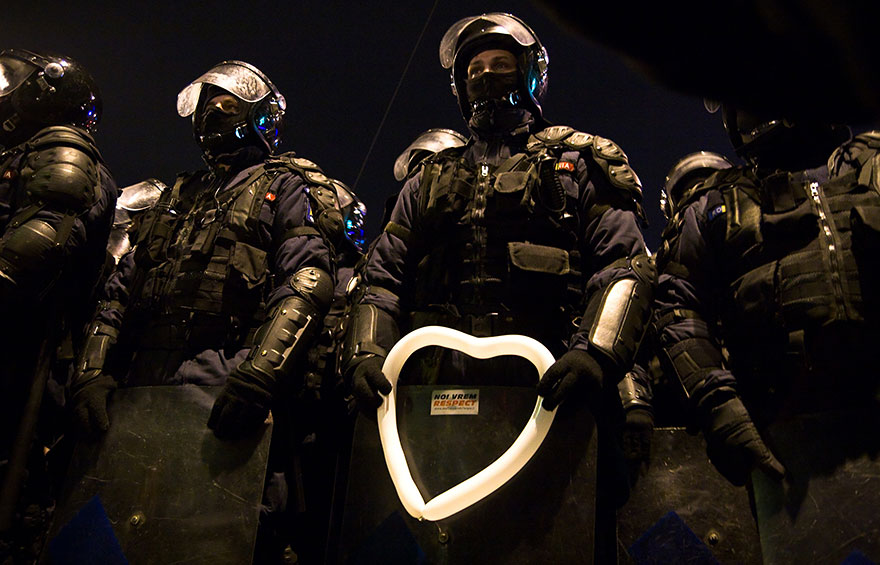 When this little Romanian girl offered the riot officer a heart-shaped balloon, he could not refuse.

“If you can savor the humorous aspect of misery and misfortune, you can overcome anything.”
— John Candy 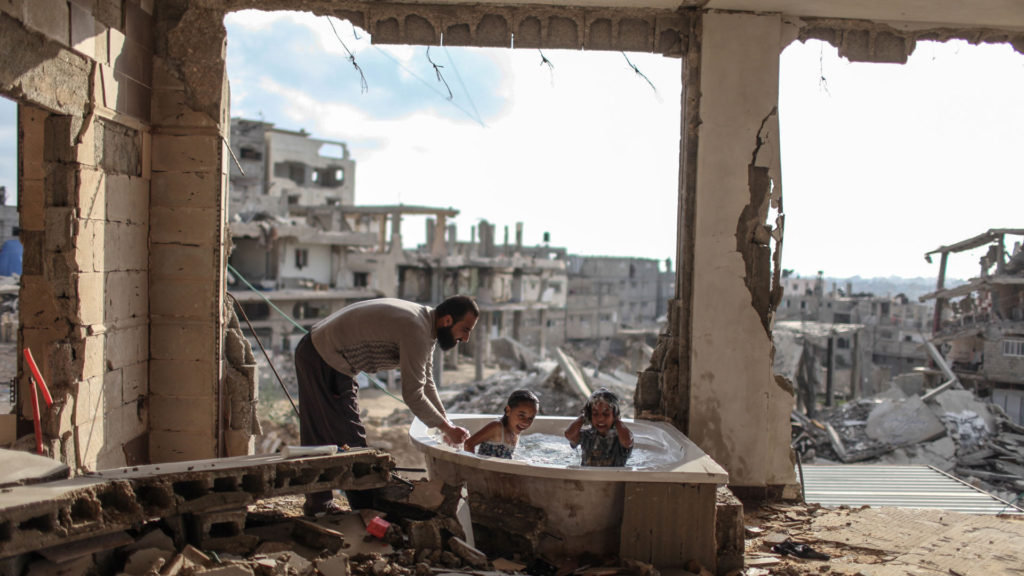 This picture proves that happiness exists even in the most difficult of situations. We see a family laughing and bathing even though everything they love has been destroyed.

“Courage is not the absence of fear, but the decision that something else is more important.”
— Ambrose Redmoon 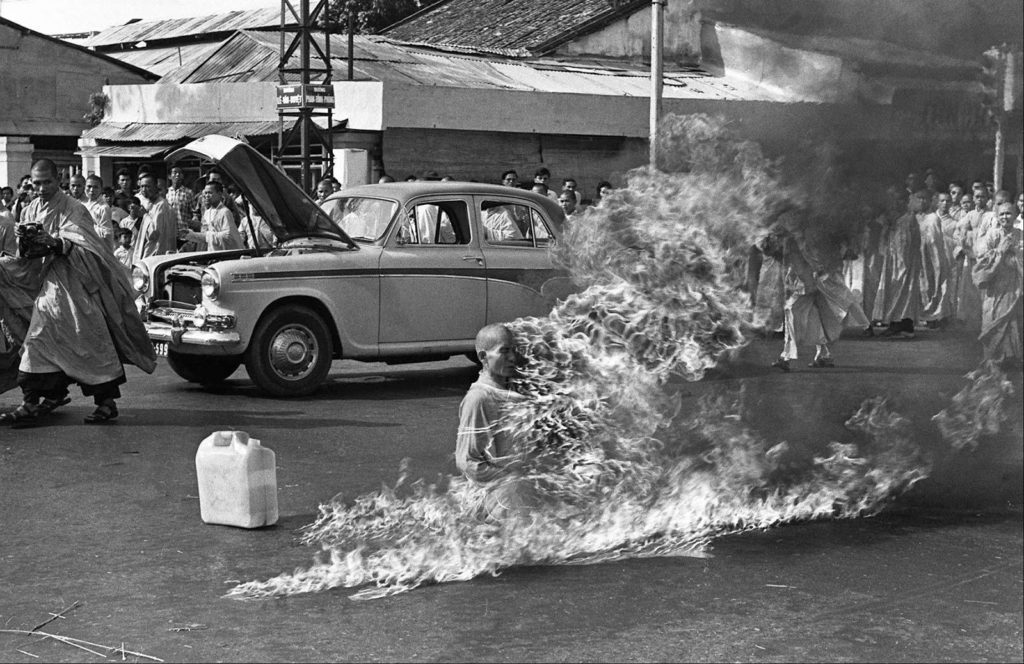 Thich Quang Duc is a Buddhist monk who set himself on fire, not even flinching while he burned, in order to protest the unlawful discrimination their order had to face under the Roman Catholic government.

“Never be afraid to raise your voice for honesty and truth and compassion against injustice and lying and greed. If people all over the world…would do this, it would change the earth.”
— William Faulkner 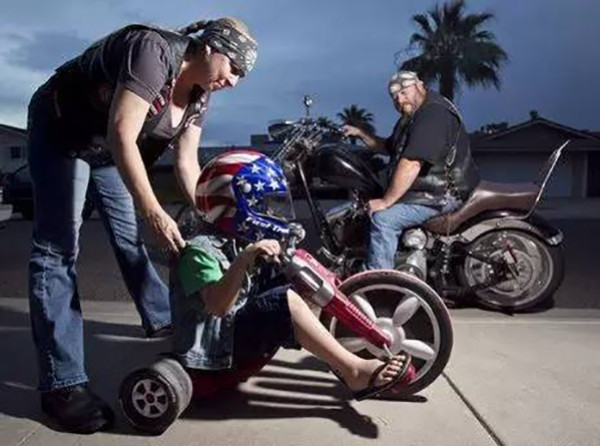 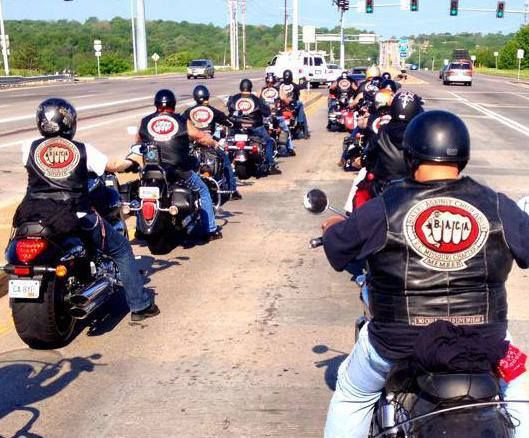 People tend to judge biker gang harshly but BACA proves them all wrong. These bikers do everything they can to support kids who’ve been abused to deal with trauma and get justice and closure.

“Let your life be your message.”
— Mahatma Gandhi 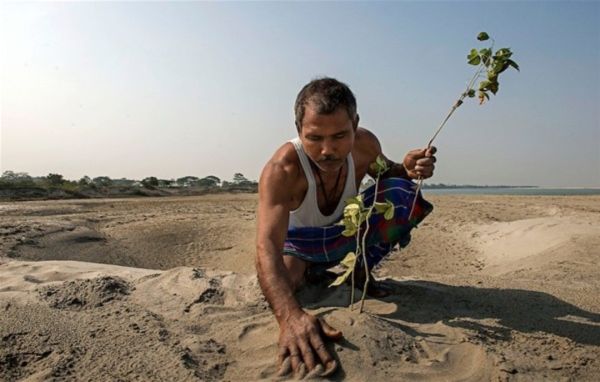 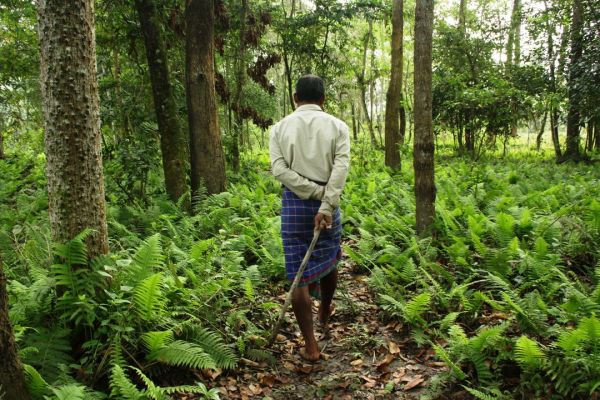 Jadav Payeng was very disturbed when he found out that snakes were dying because their habitat was destroyed. So, he single-handedly transformed a barren wasteland into a magnificent forest.

“No one can do everything, but everyone can do something.”
— Attributed to Max Lucado 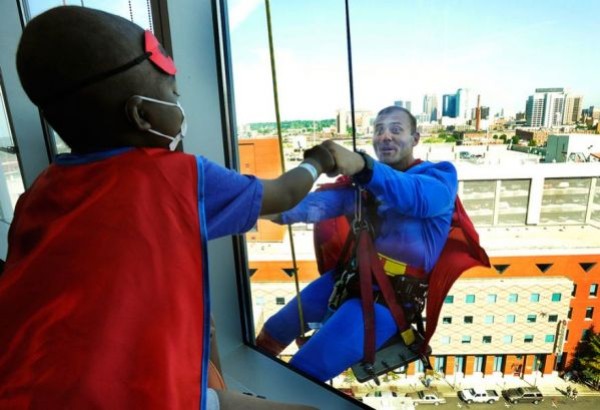 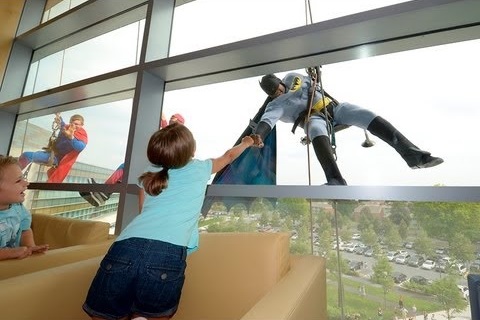 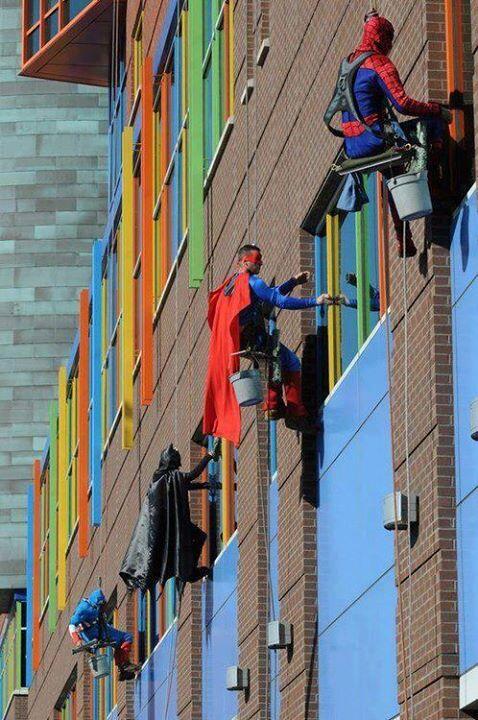 These real-life superheroes visited a Children’s Hospital in Lawrenceville in order to meet the children and entertain them.

These pictures only prove that we can all make a difference, no matter who we are or what we do or where we are from. In the end, we are all only human and all we have to do is try.