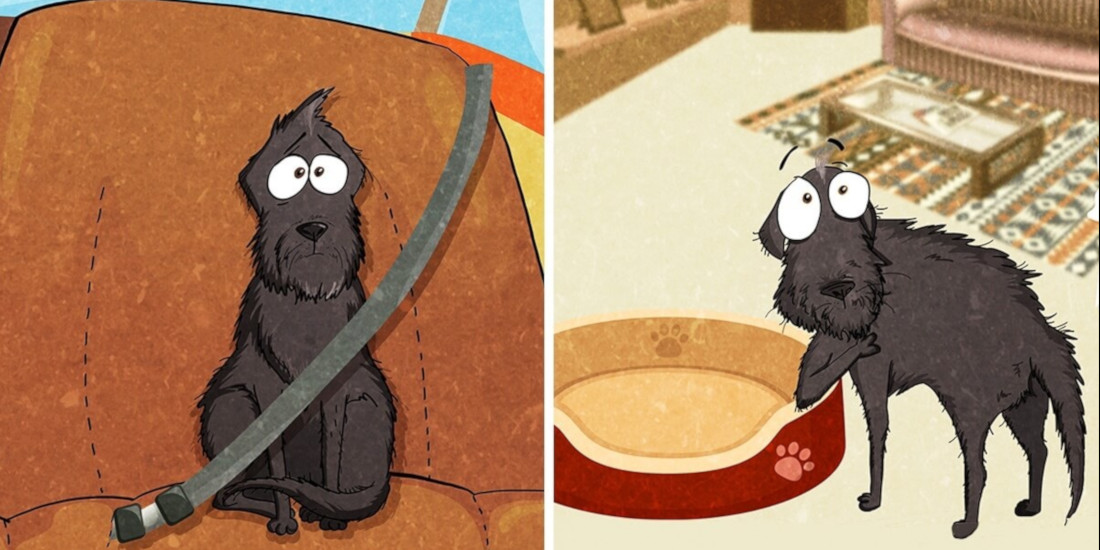 Adopting an animal is no small feat. The animal that you adopt will have their life changed forever as well as change yours for the better. An artist from Russia,  Bird Born has illustrated the story of the dog which was adopted by his family. He and his dog have been through plenty of things in life, and the artist has come to realize that in spite of the number of pillows that his naughty mutt have ripped, the endless love that the dog has for him makes all the destroyed pillows worth it.

Adopting her was the best-unplanned decision that he has ever undertaken. Doubts obviously popped up about how she was treated, if someone loved her, or if she had someone who took care of her. It was clearly quite a difficult decision. 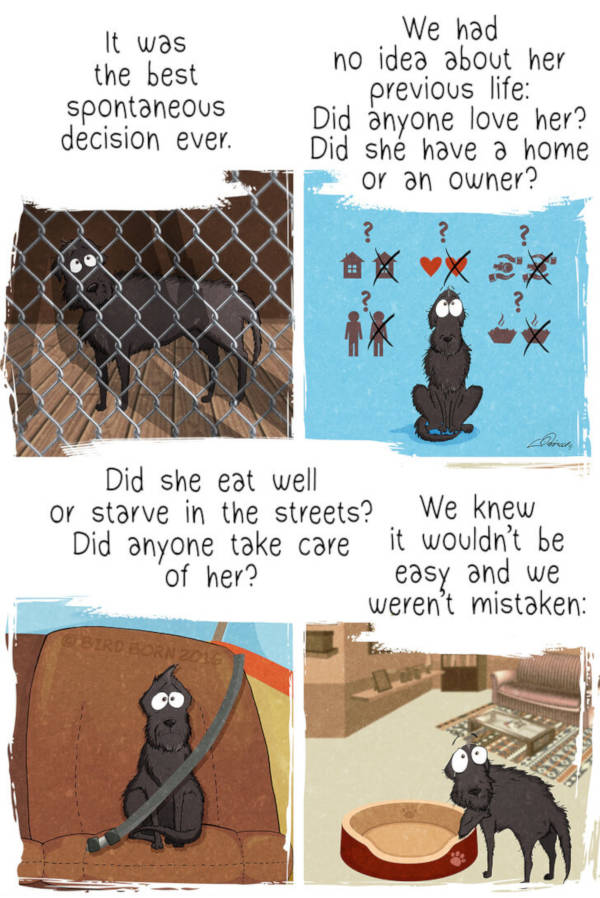 She was always scared of everyone and her tail was tucked in between her legs. Sudden movements and darkness were quite frightening for her. 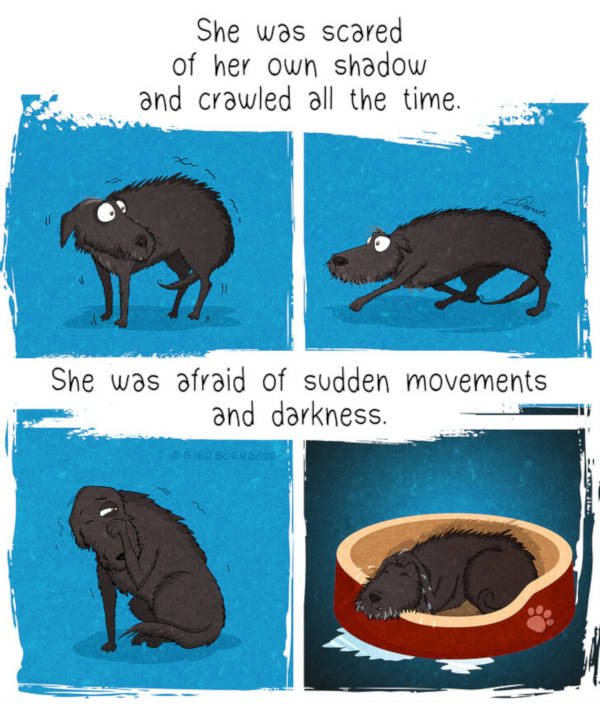 She ate her meals thinking that those were her last meals and she would not get any later. Toys did not make sense to her because she probably never had any, to begin with. 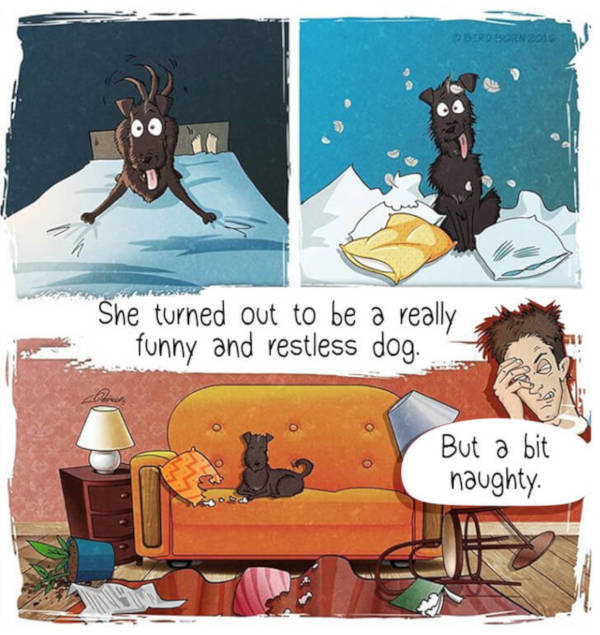 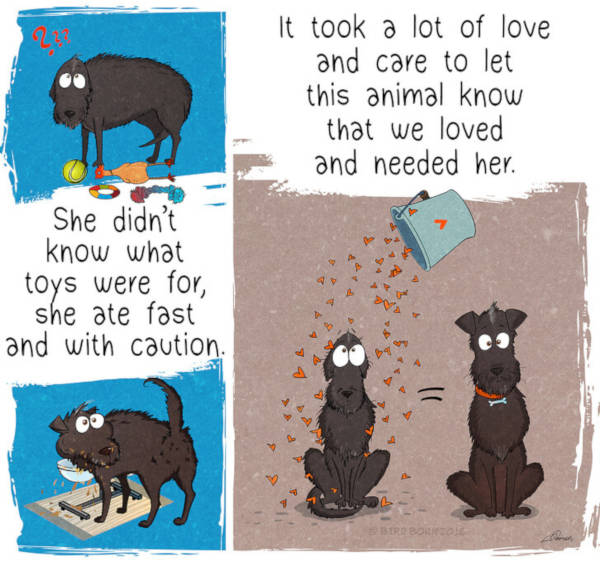 With time, care, and oodles of never-ending love, she grew up to be a restless and funny dog. She was not scared anymore and was also naughty. 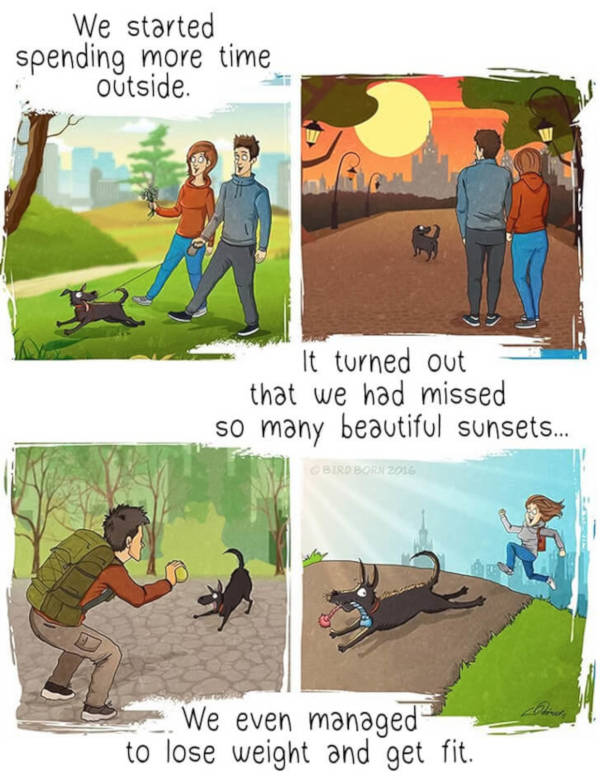 Soon enough, she was very comfortable going out with her owner, enjoying walks in the park, playing fetch and running about like the crazy soul that she is. It dawned upon the artist that he had missed so much time being with her and she should have been a part of his life sooner. 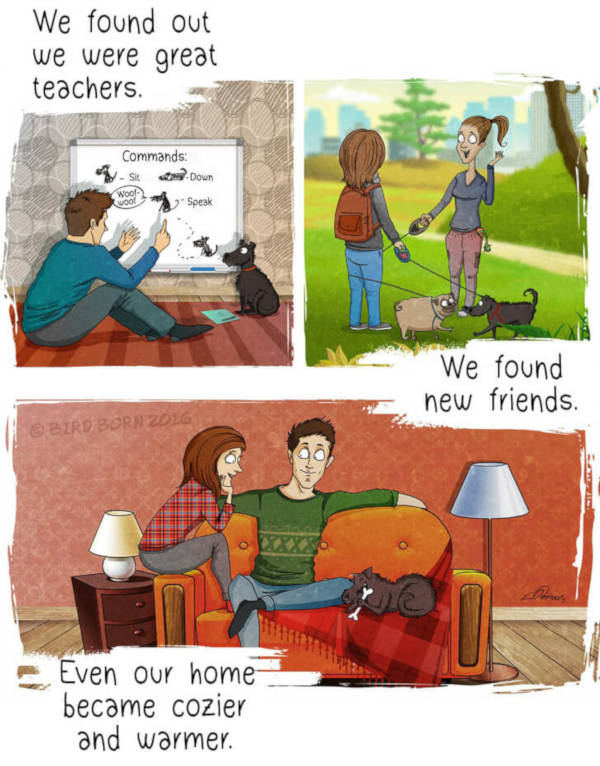 He realized that he was a good teacher and the dog was a very good student. She helped them meet other people and their mutts as well as make their home warmer and cosier. 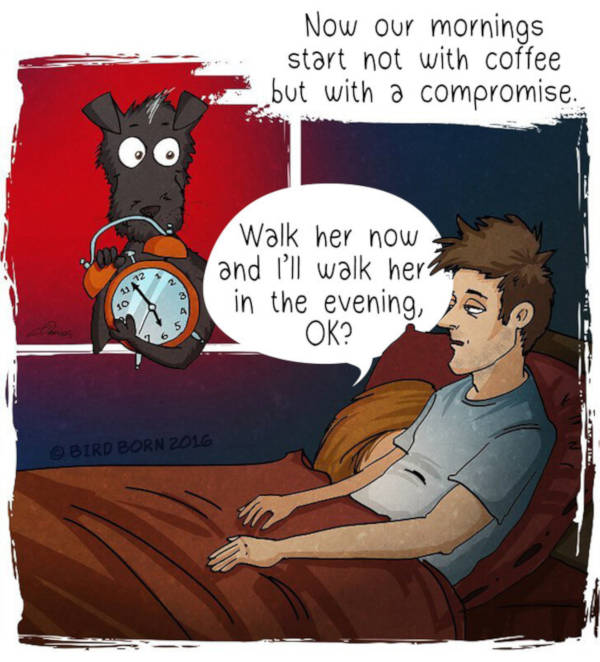 Their mornings definitely are not as carefree as they used to be once upon a time, but that is no problem. After all, isn’t it nice to know someone is eagerly waiting for you to wake up? 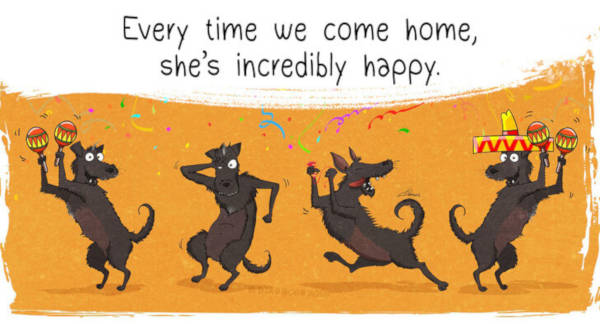 I mean, it is a celebration every time that they come back home, oh yes! It fills you up with that warm fuzzy feeling of love and compassion. 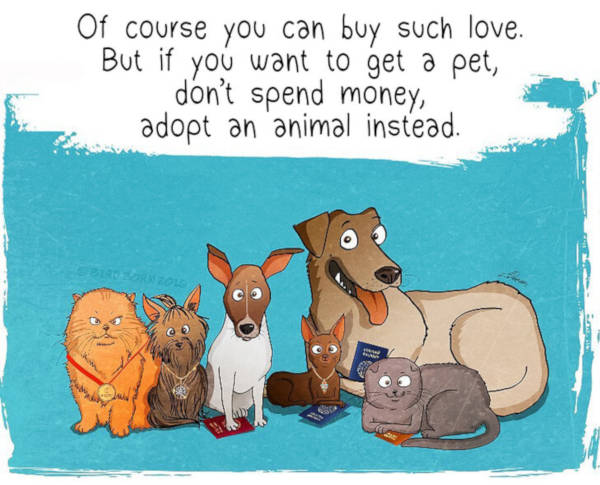 It is obvious that you can always buy a lot of dogs who will also love you with all their heart. But there are countless animals at shelters who are just waiting for someone to find them and take them home. So why don’t you? 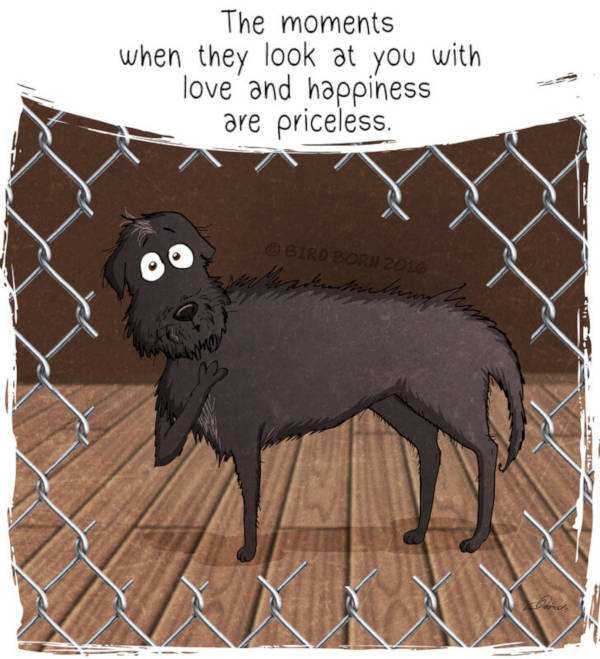 The times when they look at you, it seems like they know that you love them. They love you back. These shared moments are priceless! 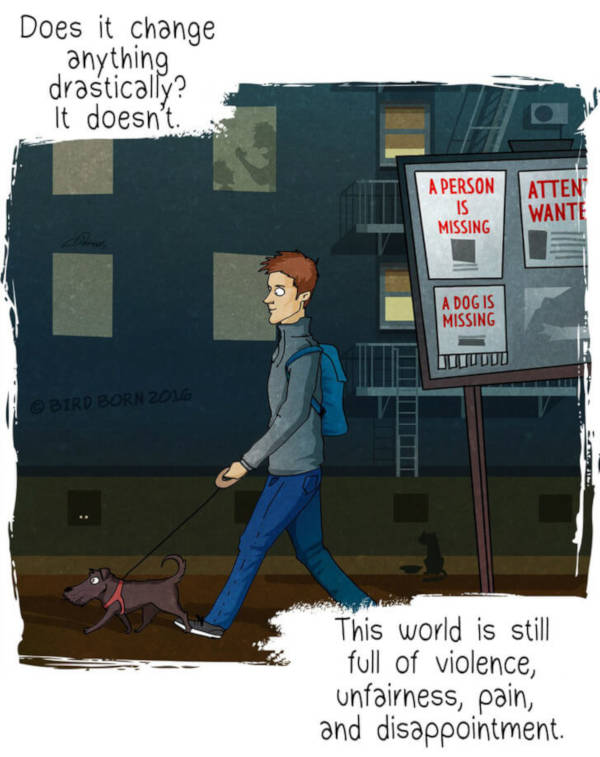 But it is certainly worth thinking, is it changing the world? Well, probably not. But it is worth knowing that there is a happy dog in this corner of the world who is not suffering and you are all the world that they will probably ever see. So that sure is something precious. 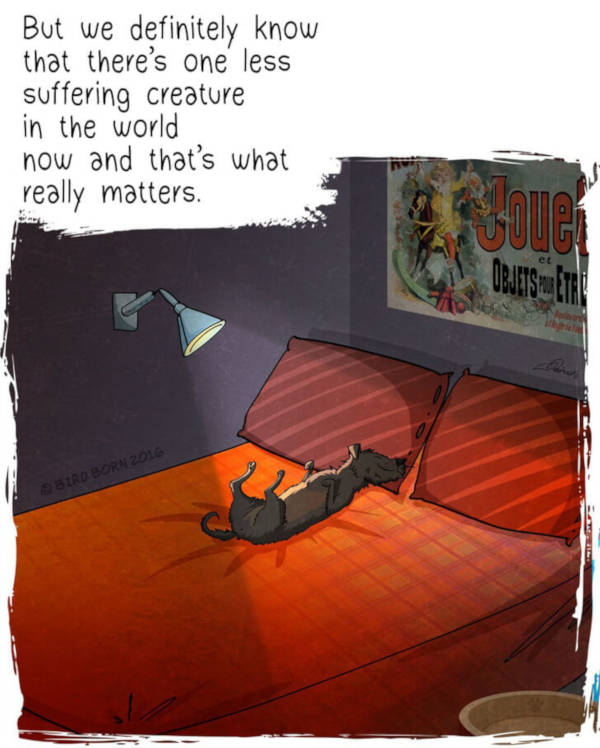 This is the story of a black dog, starring as her very own silly self in this heartwarming series. So next time you think of getting a dog, go and check out the shelters near you or pick up a suffering dog from the streets. They will love you just as much as any other “purebred” dog. 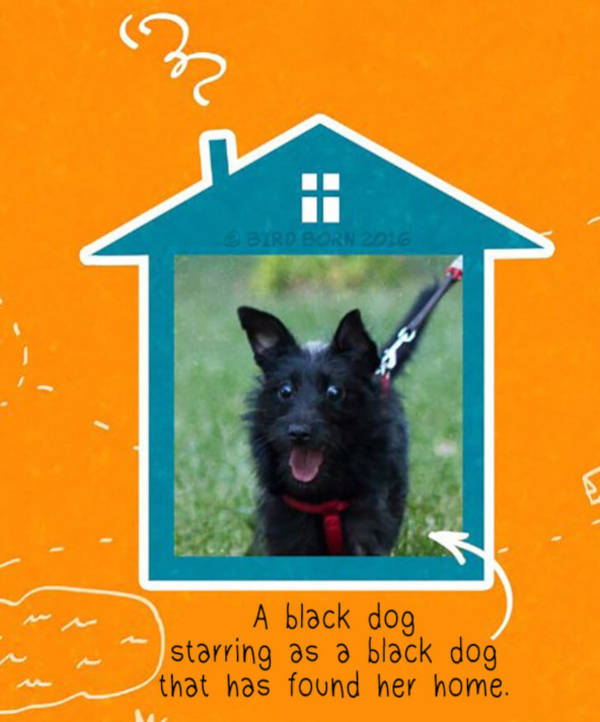 Love can change both people and animals. So, are you willing to give it?