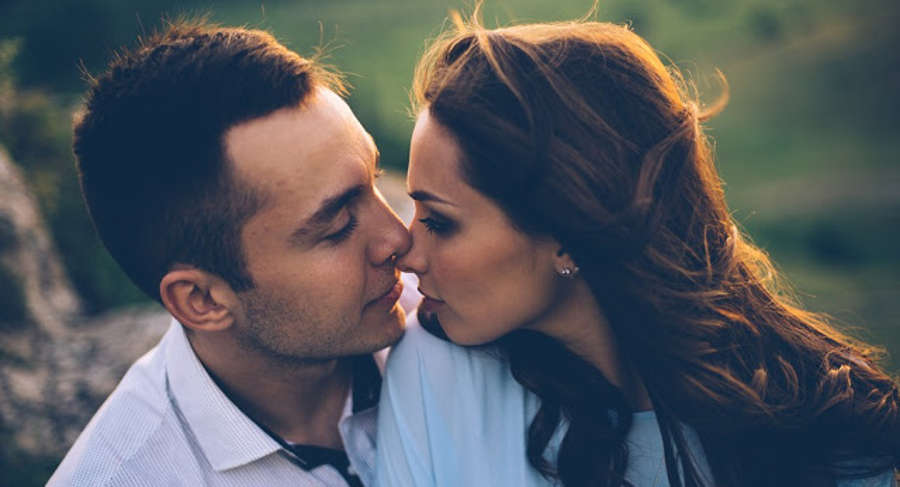 Guys, being nice won’t get you the girl. That’s because ‘nice’ isn’t what women need. If you want a relationship, bring on the real you.

“I figured if I was nice, I would impress girls. If I was nice enough, I would get a girlfriend.”

I’ve heard this so many times. And for the record, I think it’s incredible. How awesome does a human have to be in order to understand that basic kindness is the bedrock of all relationships? When young men say this to me, it warms my heart. These are lovely, beautiful people, and they’re going to do well in life.

But they’re not going to get a girlfriend. If they do, it’s likely to be shallow, unfulfilling and short lived.

That’s because ‘nice’ is what you do when you’re scared to be who you really are.

Nice is a tool. It’s a predetermined set of behaviors that can be followed in casual social situations in order to avoid awkwardness and hurt feelings. It’s a default setting, and one that works really, really well for 90% of your life—in the office, going to the bank, meeting someone new, walking down the street. Without nice, rudeness would reign in restrooms, yelling matches would pepper our time on public transit, and don’t even get me started on the damage the service industry would inflict on customers, unfettered by this do-no-harm social code. Sent a steak back to the kitchen? Prepare to be punched in the face by the chef.

Nice prevents us from clawing at each other’s’ throats. It’s the lubricant that allows complex, weird, hurting people to have social intercourse without too much soreness afterward. Emotionally, I mean.

It also separates us from the real, authentic experience we’re having every moment. It gives us an excuse not to share that authentic experience with the people who are experiencing it with us. Because it’s pre-set and default, it’s autopilot. It’s a way for us to cop out. Nice is a way to momentarily disown the dirty ugly parts of ourselves that we are so afraid others will see.

Nice is denying the shadow; the parts of yourself that you wish weren’t part of you …. That means it’s denying others—especially romantic partners—the opportunity to know and love you for who you really are.

Nice is denying the shadow; the parts of yourself that you wish weren’t part of you. It’s pretending you don’t feel afraid, or inadequate, or sometimes lost or often lonely. It’s denying that you are a complex, weird, difficult person who struggles in the world and deserves to be wholly loved and accepted anyways. That means it’s denying others—especially romantic partners—the opportunity to know and love you for who you really are.

We’re all weirdos. We’re all hurting. We all have things about ourselves that we think are so awful that we aren’t even aware they are part of us, because we’re denying them so hard. Nice is one of the main tools we use to deny those things. “I’m not angry!” we cry. “I’m nice!’”

The truth is, you’re neither. You’re much more than what you feel. There are real women in the world who want desperately to see the truth of you. Even the parts you don’t like.

While it makes sense to eschew our freak flags in favor of social niceties 90% of the time, it is a terrible way to approach women you want to be with.

It negates the possibility of real intimacy, stops the beautiful flower of connection from sprouting. We’re taught that we have to be nice in order to be worthy, acceptable, lovable. While it’s true that we have to be nice sometimes, in order to maintain social equilibrium, it’s also true that we can let our nice shield down with those who matter. Which is scary! Very scary! It’s the single most vulnerable thing a person can do.

We are yearning for your authentic presence. Can you provide it?

Can you be brave enough to do that for the women you care about? We are yearning for your authentic presence. Can you provide it?

Some women want nice, and not just while you’re out at restaurants or meeting her parents for the first time. Those are the ones with whom you’ll eventually feel lonely in love, always a little bit separate from each other and from the real juicy wet sexy awkward moments of your life together. That’s because you’re helping each other maintain separation from your selves. I’ve been there. I dated nice guys, and then wondered why it felt like I was dating a cardboard cut out. When these guys eventually, inevitably showed me who they really were, it was with resentment: they had held back, denied themselves, and all to please me. It hurt them, and they blamed me for that hurt. It’s hard to come back from that in a relationship.

What women—evolved, mature, powerful women—actually need is a man who embodies the divinity of manhood. This may sound mystical, but it’s not. Every man is sacred, can touch the sacred masculine within him, can be a man who stands in compassion, loyalty, and honor, who cares enough to realize that only his true, unfiltered presence is good enough for this world. A man with a powerful heart, who can hold a woman in his presence, who can weather her emotional storms, who is nourished by being near her and sees her divinity and gives endlessly of himself.

I dated nice guys and then wondered why it felt like I was dating a cardboard cut out. When these guys eventually, inevitably showed me who they really were, it was with resentment: they had held back, denied themselves, and all to please me.

The second part has to do with masculine energy. Yang, Mars, active, hot; cultures around the world have used many different words to describe that certain masculine something which is definitely not nice … and definitely, something straight women crave. I’m talking about physicality, competition, lust. A demanding, sensual, immediate, winner-takes-all, intense … oh, my. I’m getting turned on just writing about it.

Embodying that energy may seem like being a jerk. In the ‘bad boy’ archetype, where that energy isn’t tempered by the loyalty and compassion that’s also integral to the sacred masculine, it does play out as guys being a**holes. Women go for bad boys because at least they know a bad boy can ravish them.

These two halves of masculinity are compatible. They can meet and make a whole when a genuine, caring man also owns his lust, his insatiable, raw, unapologetic fire, and desire.

But these two halves of masculinity are compatible. They can meet and make a whole when a genuine, caring man also owns his lust, his insatiable, raw, unapologetic fire, and desire. That is what women need, what we find irresistible, what we daren’t dream of in our wildest darkest hour of yearning … but dream of anyways.

It’s so much more than nice. It’s like a gourmet feast, and nice is just the appetizer, meant to whet our appetites and hint at the glorious, terrifying, powerful man who’s taking the time to be nice to us.

Some women genuinely seek out jerks. Some men do this, too. That’s because they’re playing out childhood trauma, acting out past hurts and confusions to try to make sense of them. It’s not because all women want, need or love jerks.

We want guys who are nice. But we need them to be more than that. We need men who aren’t afraid to stand in their power with us. Who are brave enough to cast off the trappings of nice, be authentic, be imperfect, have needs, and share those needs with us. Men who are brave enough to stop hiding behind nice, and show us who they really are.

If you can do that, you’ve got me. You’ve got the girl. And she’ll never let you go.