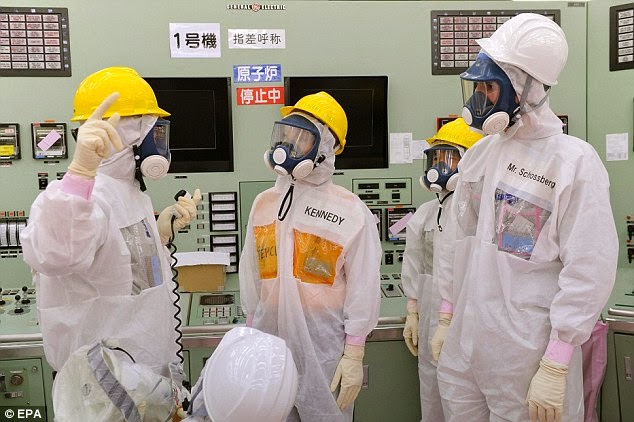 And nobody seems to be saying much about it.

This special report from Vice should have the world´s attention. While the Japanese government (and mainstream media) continues to ignore the horror unleashed by the Fukushima nuclear plant tragedy, recent reports coming out of Japan paint a whole different picture. Yes, we should be freaking out.

Vice travel to Fukushima to see the nuclear plant, meet some locals, and interview experts. According to ex-politician Hiroshi Kawauchi: “The nuclear reactor has emitted airborne radioactive cesium levels that exceed the Hiroshima A-bomb by 168 times, but we´re always told everything is OK.” 168 times? The consequences for groundwater and seawater contamination, not to mention the food we eat and the air we breathe, are unimaginable and will get worse with each generation.

Fukushima has the potential to be a global nuclear catastrophe unlike anything we have ever seen before. The Japanese government has covered up the truth, putting residents at great risk for many generations to come.  90 million tonnes of radioactive water is leaking into the ground and the ocean. Another YouTube video showing latest reports from Fukushima this week paints a terrifying picture, although the mainstream press remains quiet.

Please share this short report to raise awareness and put pressure on Japan´s government and the UN to do something about Fukushima, the worst nuclear disaster in history, and one that affects the whole world.