No, I’m not asking you to lose control everyday neither am I saying wine is the new elixir because it is most definitely not. Then? What does the title indicate? Well, the latest research has concluded that a little glass of wine before bed might not be a very bad idea. Surprised?

All of us have had our own unique journeys in deciding which alcohol suits us the best and how much can we consume before having to avoid hangovers which are gifts from hell. Some spirits can make us sick, give us headaches, and some can intoxicate us in a more subtle way – the trick is to try and test.

According to the Ancient History Encyclopedia, in Greek mythology, the wine was invented by Dionysus (to the Romans Bacchus). It was a common, relatively cheap, and everyday drink in both the Classical Greek and Roman cultures. It was drunk on its own and with meals.

The Greeks diluted their wine with water although the Macedonians scandalously drank theirs neat. This dilution helped prevent excessive alcoholism, which was considered a trait of ‘barbarian’ foreign cultures and which was widely parodied in Greek comedy plays.

The wine has double the alcohol content of an average beer, has a lot of antioxidants and it helps in losing excess body fat if you consume a small amount before going to sleep.

Experts from Washington State University and Harvard found a special chemical present in wine, the resveratrol, which keeps the amount of fat in the fat cells intact.
What is the ideal amount then? You can drink up to two glasses of wine everyday day and reduce your chance of being obese by 70 percent.

The ideal time to consume this delicious drink is of course in the evening because the calories make you feel full, reducing your desire to snack at midnight. An unusual study conducted by the University of Denmark concluded that the ones who consume wine regularly have more well-defined waistlines than those who do not.

Harvard University tested around 20,000 people and tracked their weight gain process, guess what? The people who gained extra pounds drastically did not drink alcohol. 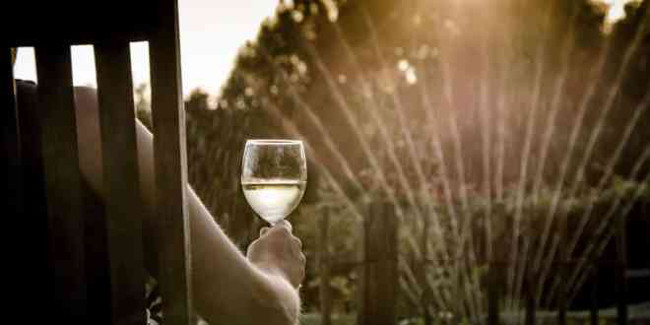 According to Healthy Eating, red wine, such as merlot, contains resveratrol, which has gained attention from researchers for potentially promoting heart health. Though MayoClinic.com reports there’s still no clear evidence red wine has additional health benefits over other forms of alcohol. Resveratrol is a polyphenol compound with antioxidant properties to protect the lining of blood vessels in the heart.

Research suggests resveratrol may also protect against obesity and diabetes, risk factors for heart disease. A study conducted at Purdue University found the compound piceatannol in red wine. Piceatannol is similar in structure to resveratrol, could actually block the cellular process that allows fat cells to form in the body.

Imagine something that’s not a harmful drug actually acting as a stress buster, sleep inducer and making one extreme happiness! So grab that bottle and don’t be ashamed anymore!