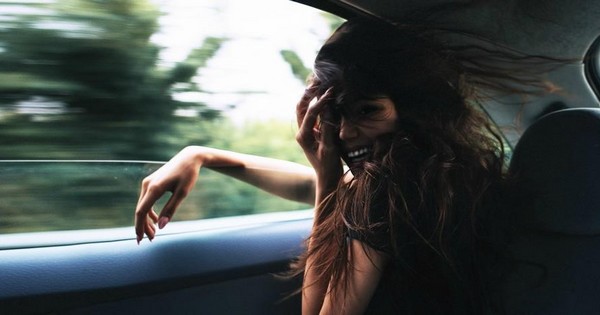 Dating is all a game, and not a fun one like beer pong. It’s more like playing Monopoly with a bunch of people who lie about having Boardwalk (when all they really have is Baltic Avenue).

Nobody really wants to play the game, but if we eventually want to get back into a relationship, then we have to. And like all games, it helps to have a strategy.

Mine Is This: Don’t Waste Time On Assholes.

While this rule seems tried and true, it doesn’t change the fact that it seems like the majority of single guys out there are, in fact, assholes.

Which is why on most Friday nights, you’ll find me shot-gunning a pizza instead of out on some lame-o Tinder date with another guy who I’ll later find out has lost his license and is moving back in with his parents.

So yeah, I’ll gladly spend some quality time with myself and my fish over some guy who isn’t interested in anything beyond the bedroom. It sounds cynical, I know, but I like to believe I’m being smart.

I’ve spent plenty of Friday nights chasing boys who seemed SUPER important at the time, but who’s names I’ve now forgotten. They all turned out to be duds, losers and on some special occasions, total dicks.

While I slightly hate them all for wasting my time, I do genuinely hope they someday blossom into beautiful swans who don’t take 10 days to text you back.

Don’t waste your time on people who hurt you.

Those fleeting romances were fun at the time, but now they’re just predictable. I can literally see booty call from a mile away — and I’m no longer interested.

If you’re still curious about all things casual, then I encourage you to safely try it. There’s no harm in playing the field and figuring out what you want.

But on the other end of the scale, there’s no harm in sitting a few rounds out. Dating can be exhausting and full of disappointments one right after the other. Sometimes it’s more fun to just be by yourself and enjoy your freedom.

Live your life and be open to guys, but date with the mindset that your time is valuable and not to be wasted. Anyone who’s not in it for the right reasons will gladly step aside, leaving you with only real, viable romantic options.