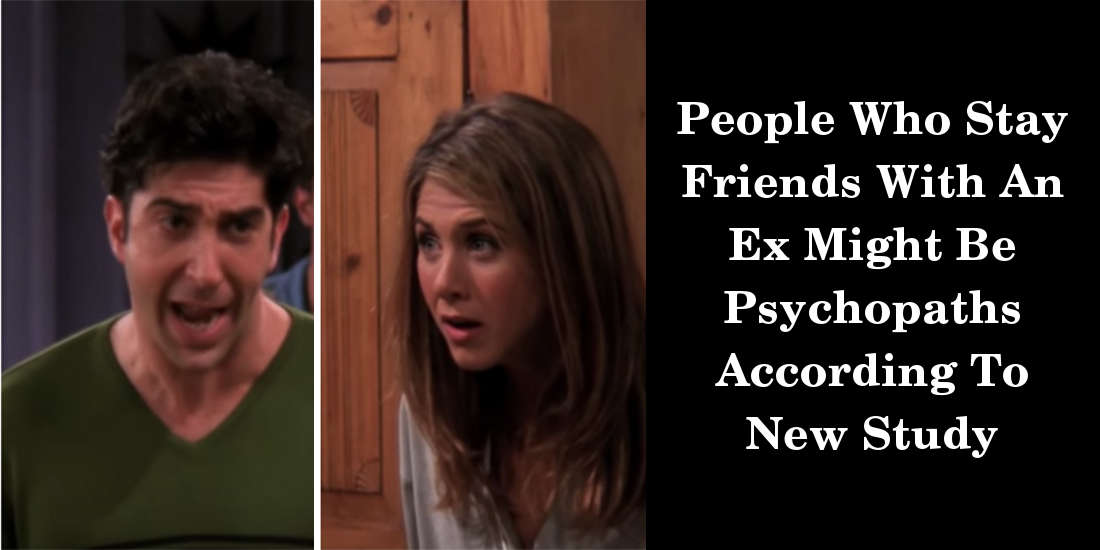 The very possibility of staying friends with someone you have been so passionately in love with is not a sign of normal personality. This can be the case with someone who has been friend zoned or someone who is still stuck with his or her ex. If you still love your ex unconditionally then that’s a different case. However, if you still want to stay friends with an ex then it’s a sign of warning. It is nowhere near to an epitome of pure or romantic love.

This goes for the other party too. Let’s suppose you know that your ex still loves you. Would you be ready to befriend him or her know that you might be taking advantage of his or her feelings? Or, if you are putting someone in the friend zone time and again then there is something problematic with you.

According to a research

A recent research study shows that if your ex-lover wants to befriend you then there is a possibility that they might have some personality issues.So much so that your ex could be a psychopath1 Here is why:-

Recently, the study carried out at Oakland University published in Personality and Individual Differences has analysed the character traits of 861 persons along with their past relationships. The research included questions regarding their present and past relationships. Also, the subjects were asked whether they were still friends with their ex. At last, the subjects had to fill a q for testing narcissism and psychopath behaviour.

The result of the study showed that the personality traits of the subjects who were still friends with their ex were inclined towards the psychopath scale. Generally, the psychopaths are those people who lack empathy and have traits of sadism, selfishness, and narcissism. They have immense ability to throw a false charm and they could ensure a friendship with their ex just to be around them for money or intimacy. They could also manipulate and ruin the present relationships of their ex by persuading them to remain friends with themselves. In short, they have the ability to mix and match opinions and facts according to their own convenience.

A psychologist and writer of Dating from the Inside out, Sherman, has approved the recent study by Oakland University. However, she also puts up a different perspective of the situation where the ex are friends based purely on altruistic motives. They maintain healthy don’t affect the present living situations of each other.

So, next time you consider to stay friends with an ex, do consider the new study before making your decision. After all, the decision and its consequences have to be yours. Let us know what you think of this new research!