The Holocaust was one of the most harrowing events in recent World history. Nazi Germany had imposed its brutal ‘cleansing’ technique on the countries it had conquered, and established concentration camps in various parts of the countries. Auschwitz and Maastricht became extremely notorious for the brutality and the persecution of the prisoners.

Recently, the emergence of several pictures by Brazilian digital colorist Mariana Amaral of a holocaust victim, a 14-year-old girl from Poland has led to massive outspread of condemnation for the horrifying events. The true face of evil was highlighted before the world, and we shiver at the inhumane nature of mankind.

The gas chambers, where the Jews and other races, which the Nazis deemed “inferior”, have been the subject of several researches and documentaries, but such a display of innocence being mauled by evil is considerably new. Yet, it forces us to open our eyes and look at it straight, for us to fully comprehend what WW2 was all about.

Famous Auschwitz photographer Wilhelm Brasse, who was a prisoner himself, narrates how disgusted and depressed he was when he saw the condition of a girl they brought in Auschwitz. It was dark, darker than the Kristallnacht, and the girl was beaten up by her overseer. Simply because she refused to show fear and was simply perplexed at the sudden turn of events.

All it showed was cruelty, which people in power inflicted on people who just decided to lead a life of simplicity. It is inevitable that we start cursing Hitler for the sheer inhumanity that he displayed, but we need to understand that this was also a political propaganda to break the spirits of the people who dared refuse the government.

The color schema shows us the growing fear and apprehension in the little girl’s eye, Czeslawa Kwoka, which we couldn’t see from the black and white color palette. It also highlighted the nature of evil that Nazism perpetuated through every sphere of Germany and Europe, and it was the sudden intervention of the US and the USSR that led to this place being habitable and safe.

Even though the emergence of the Neo-Nazis have somewhat heated up the atmosphere, it is still a relief knowing that the catastrophe of the Holocaust, even though incredibly tragic, is in the past, and the probability of that happening in the present, is unbelievably, and hopefully slim.

Yet, the horrors of the past continue to haunt us. And that is what the Brazilian colorist did. She showed us, what innocence looks like, and even though the darkest nights can terrorize us, the beauty of an innocent smile erases all of it away.

Her point behind the pictures is the realization that Holocaust was a real thing, and that people still suffer from the aftermath of it. It is time, people realize that evil comes in many forms. And knowledge is the only key to get rid of it.

A French Boy Introduces Himself To Indian Soldiers. 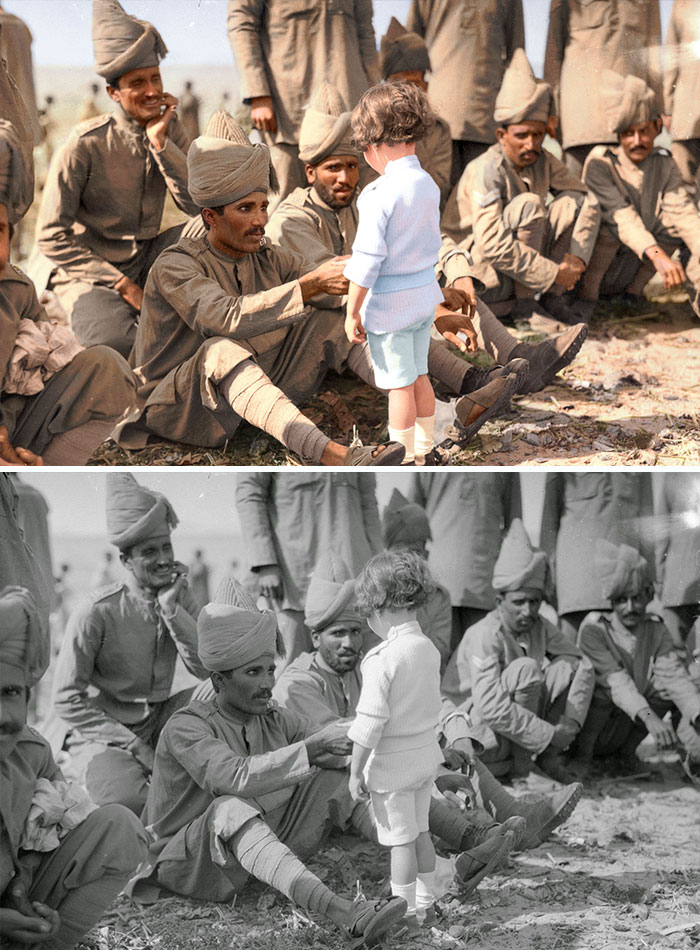 A Victim Of American Bombing. 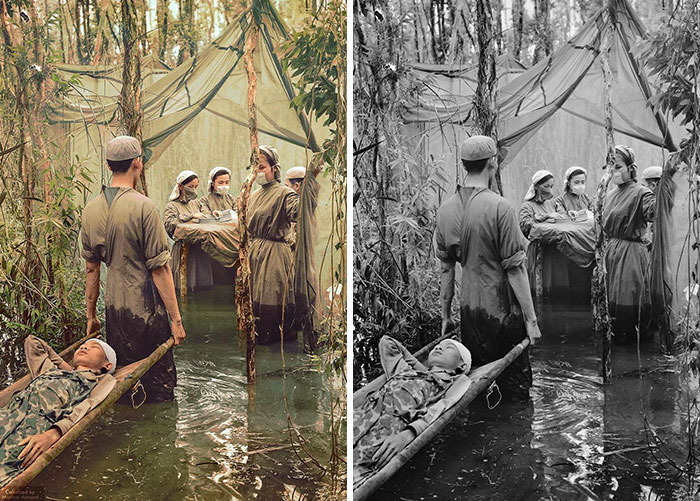 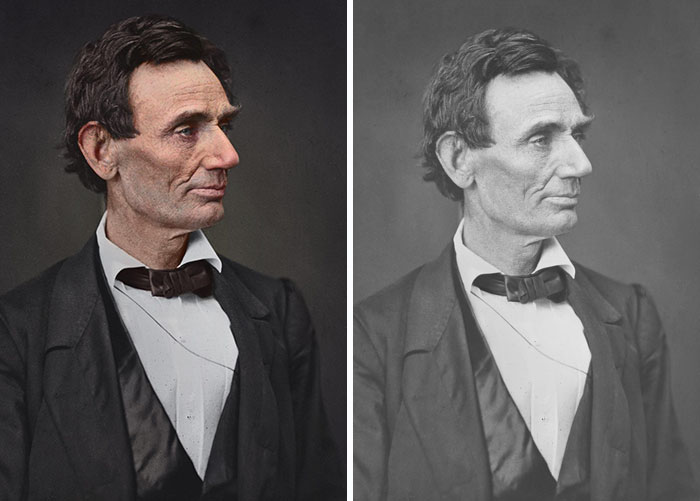 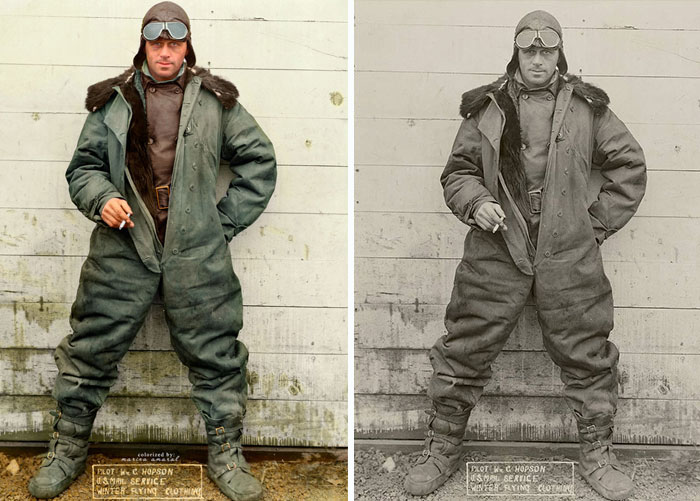 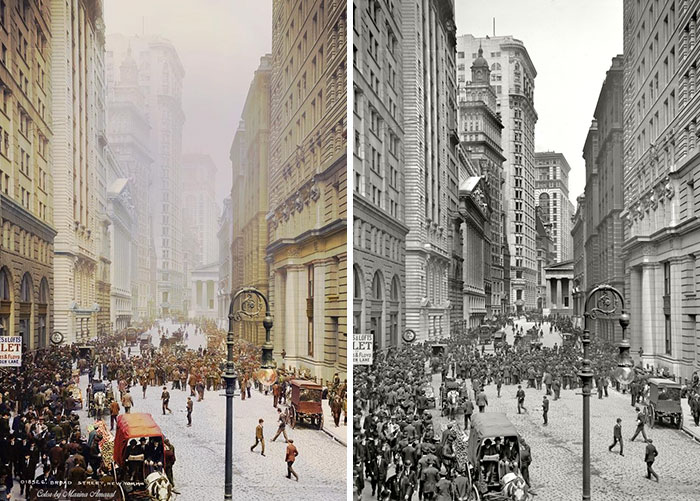 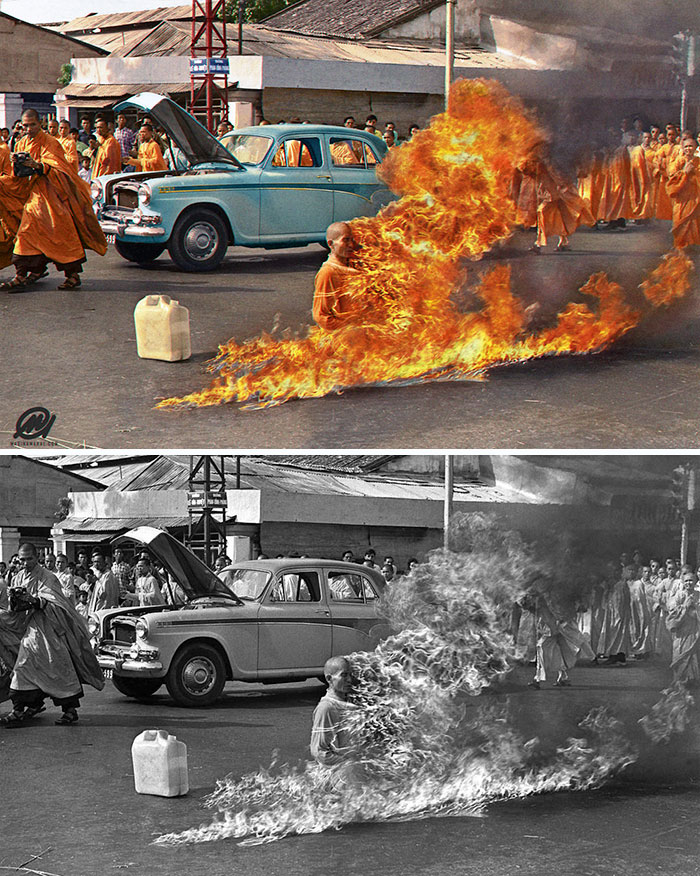 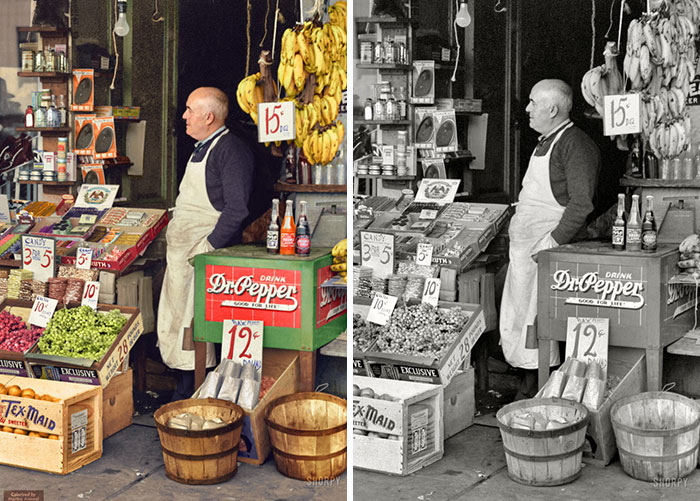 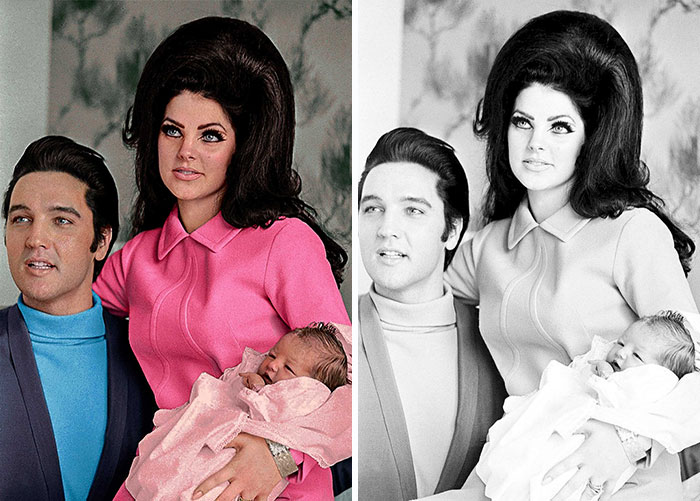 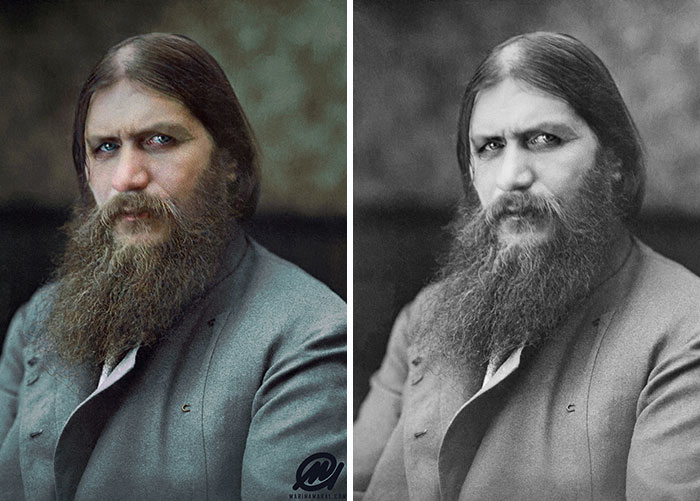 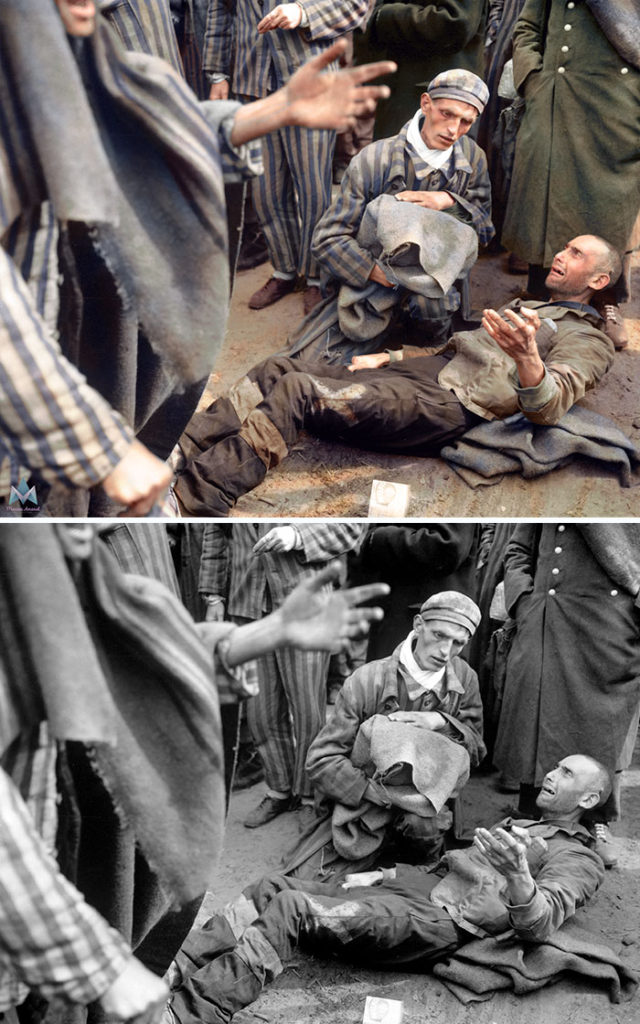 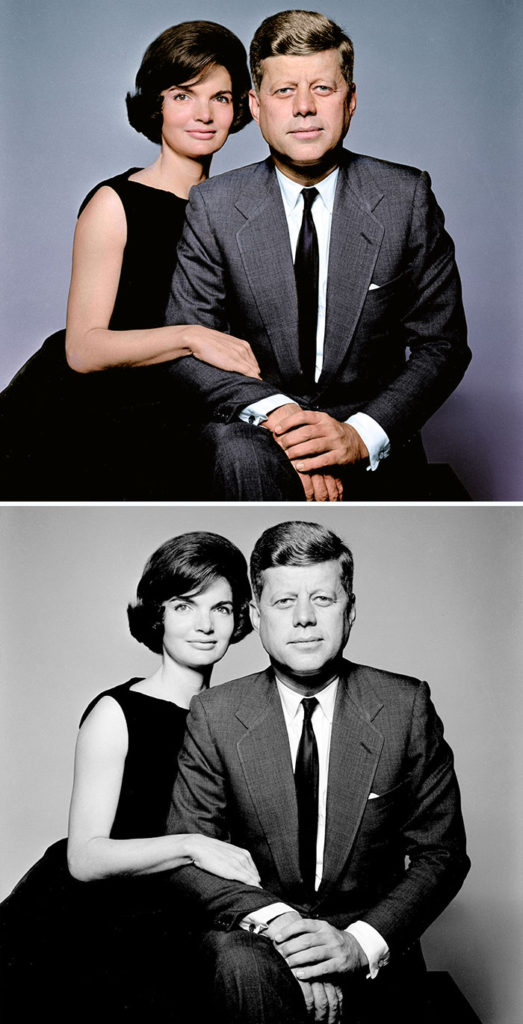 Medics From The Us 5th And 6th Engineer Special Brigade 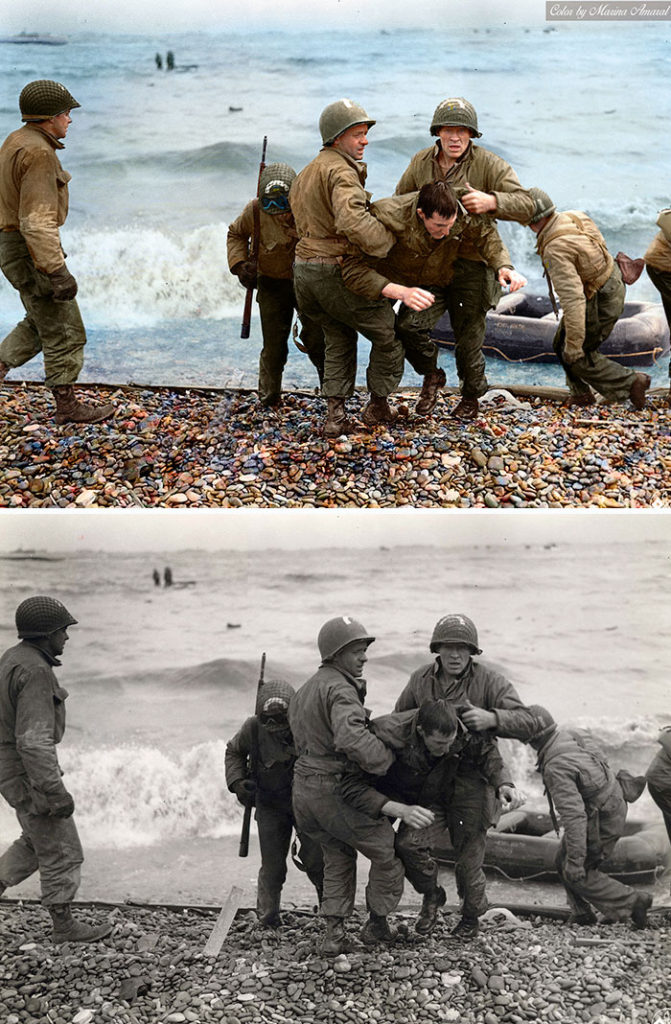 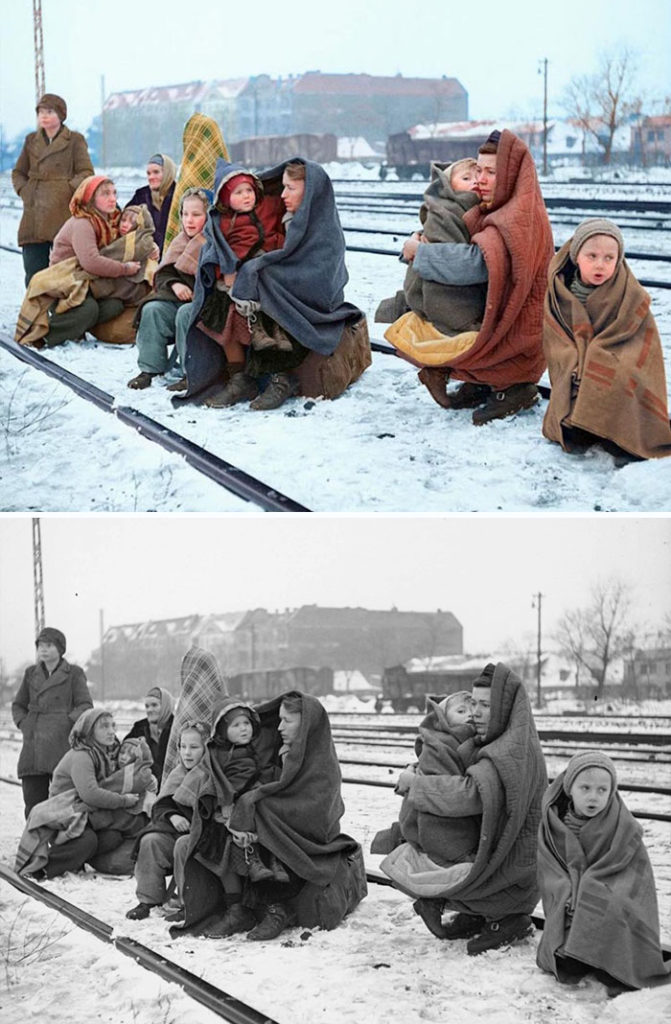 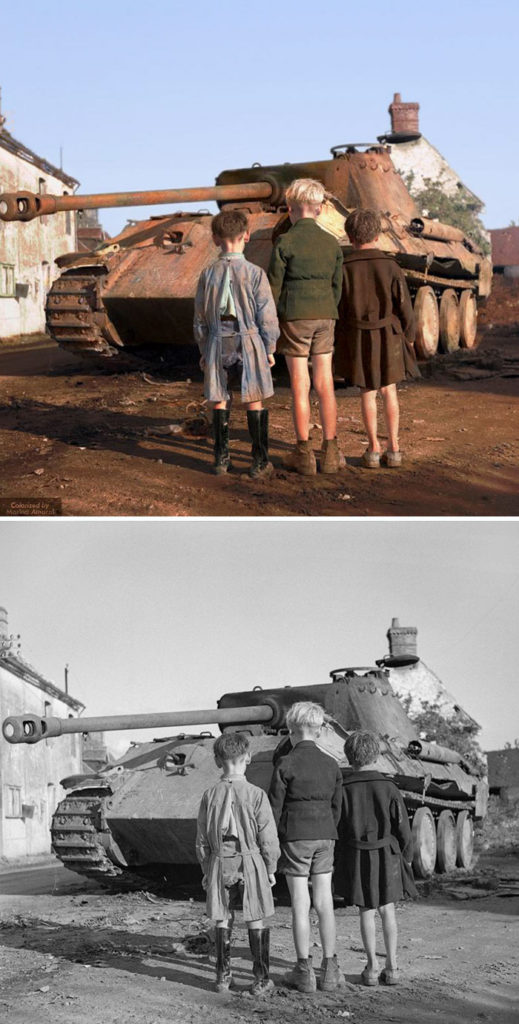 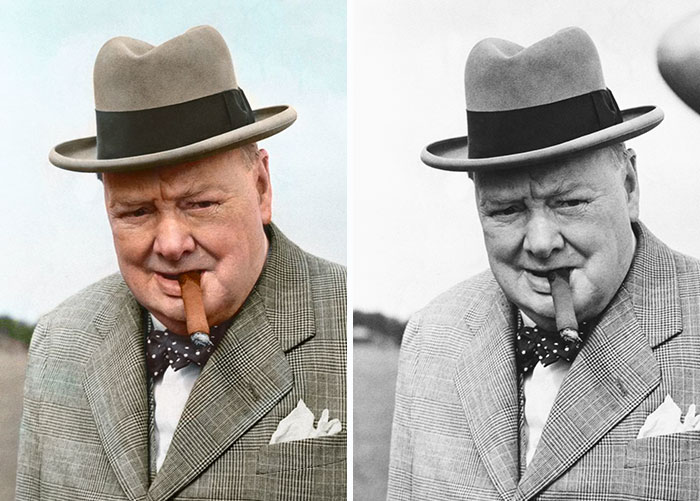