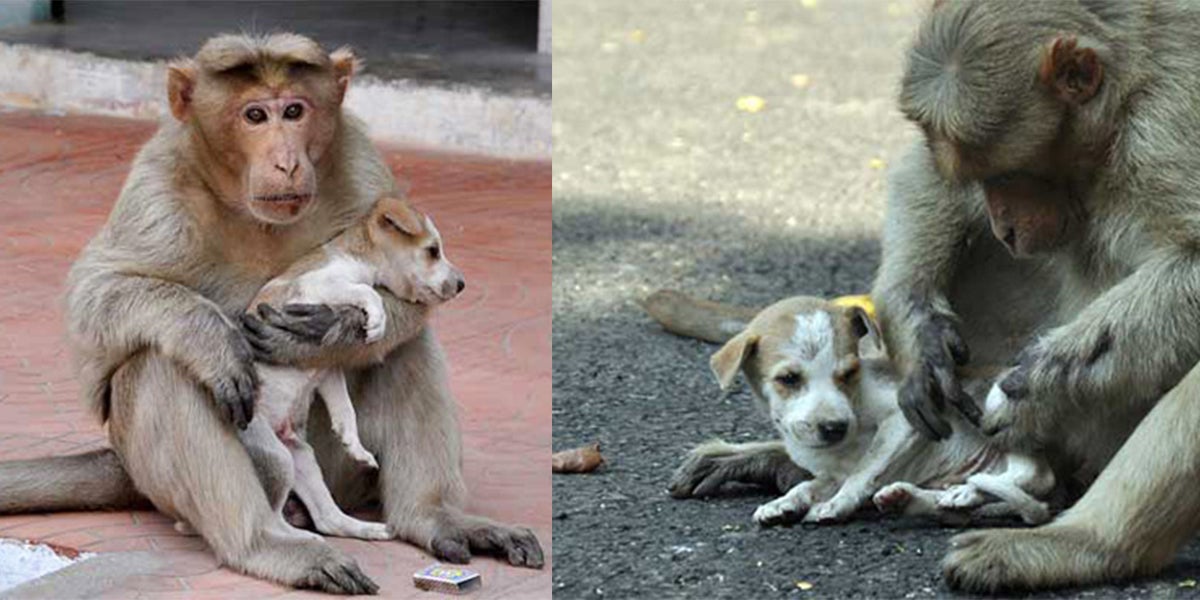 In a world where the dominant species seems hell-bent on destroying all other species on earth, it seems that the minor species are left to look after each other. We know that every animal, down to the lowest forms, love their offspring. But rarely do we come across an animal from a particular species taking care of a baby of another species! They might accept them but we seldom see them loving them as much as they would love their own.

A Unique Case Of Maternal Instinct 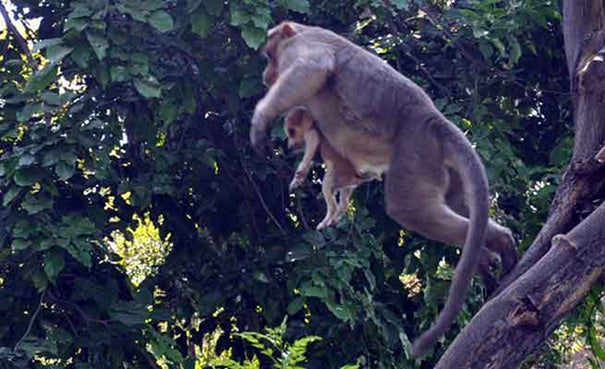 A heart-warming love story played out in Erode in the Indian state of Tamil Nadu and it might change your opinion that animals are incapable of loving across species. A rhesus macaque monkey showed that love can transcend many barriers. It found a stray puppy on the street and immediately took a liking to it. The monkey fiercely protected it from predators and other street dogs.

A Love Bonded On The Streets 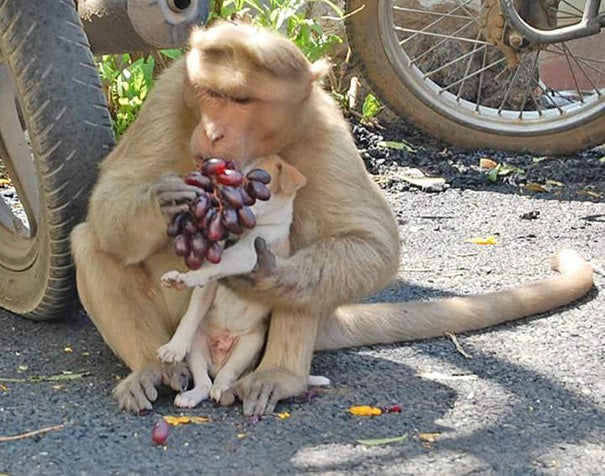 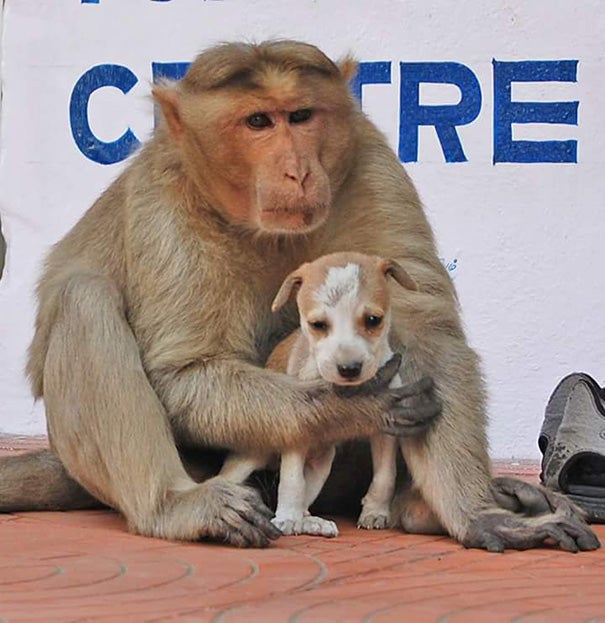 It was a novel scene for the locals. Nobody was sure how the monkey found the puppy but it soon became apparent that the stray puppy was being taken care of. They were moved by this scene of the unlikely mother taking care of its foster child. They started offering food to the two. 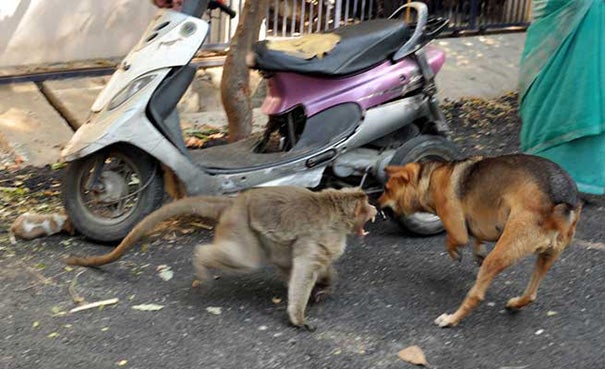 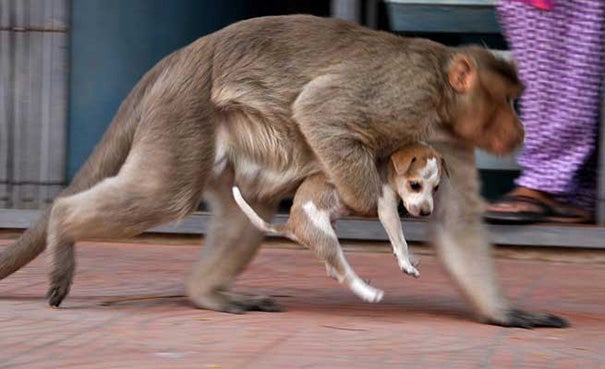 To their delight, the monkey even allowed the puppy to first have its fill. The mother goes to the extent of cleaning the puppy of lice and other insects. The monkey was seen holding on to the puppy close to its chest when it jumps onto trees. The puppy, in turn, has learned to trust the monkey completely. It is not frightened and rarely protests when the monkey leaps onto trees. 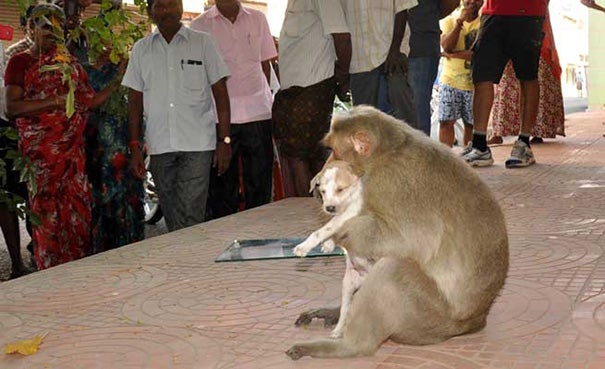 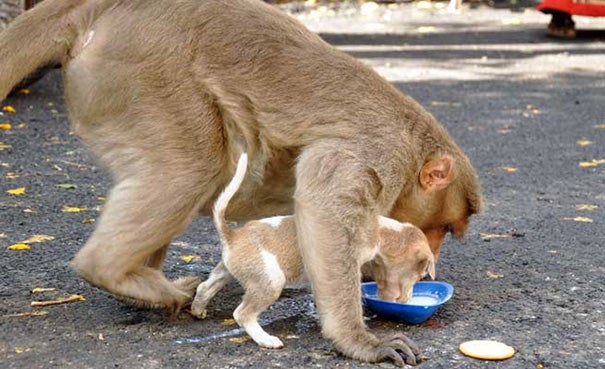 This is one rare instance of selfless love among animals. Quite often we come across instances of bonding which are born out of mutual interest but here the bond is more emotional and filial. It is possible that the monkey had lost a child and had decided to adopt the puppy. 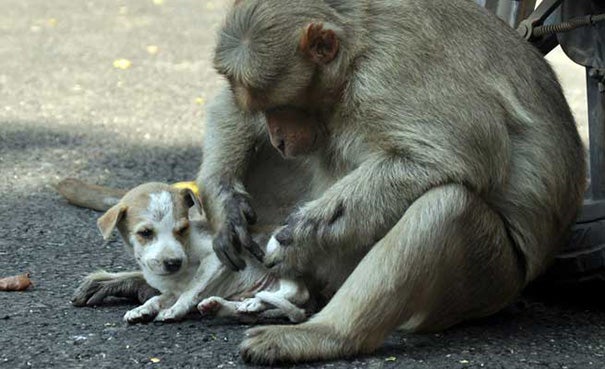 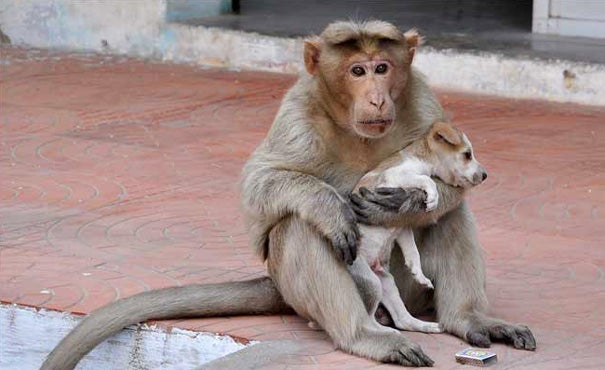 There are many instances when animals forge bonds across species but in most cases, they bond because they grew up together. A cat who grew up with a dog would not know that it is any different. But for a fully grown adult to nurture a member of a completely different species is rare. It might happen in captivity but is extremely rare if they are free.

It is time we realized that we might be the leading species but we have a lot to learn about love from these animals.