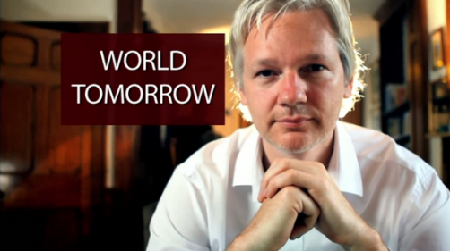 Slavoj Zizek and David Horowitz are the guests for the second episode of Julian Assange’s interview show, “The World Tomorrow”. “Intellectual superstar” Slavoj Zizek is a philosopher, psychoanalyst and cultural commentator. David Horowitz is a renowned stalwart of hardline conservative American political thought and an unrepentant Zionist. The tone of the conversation between Zizek, Horowitz and Assange alternated between combative, personal and good-humoured. The topics covered jumped backwards and forwards at a wildfire pace, to include Palestinians and Nazis, Joseph Stalin and Barack Obama, the decline of Europe and the tension between liberty and equality, amongst many others.