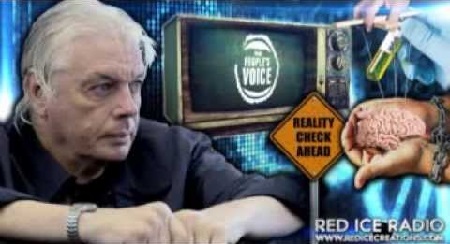 David Icke presents ‘Big Brother’s Not Coming – He’s Here’ at the Oxford Union Debating Society in February 2008. In this two-hour presentation at the famous Oxford Union, he encapsulates humanity’s current plight and how we can secure our freedom from the Hidden Hand behind global events. It is designed to be a simple introduction to the staggering revelations that he has long exposed in detail in his books.

If you want to know what is really happening in your world, and why, this is not to be missed. Your freedom and that of your children and grandchildren could well depend upon it.

British author and lecturer David Icke has written 20 books and traveled to over 55 countries since 1990. His books reveal how a hidden hand is behind world-changing events like the attacks of 9/11 and the manufactured wars in the Middle East, as part of a mass mind manipulation technique he has dubbed problem-reaction-solution. While being controversial and often heavily ridiculed and attacked, David Icke has driven on with his unrelentless investigation into subject areas that others don’t dare touch. He reveals information that has been kept from a “dumbed down” population and has allowed the establishment to treat them as nothing more than slaves to a sinister hidden agenda.

His books are some of the most comprehensive exposés of the global conspiracy ever written and among them are: And the Truth Shall Set You Free, The Biggest Secret, Remember Who You Are and Human Race Get Off Your Knees: The Lion Sleeps No More.

Many have dubbed Icke as the “most controversial speaker” on the planet. They used to laugh at him, but now they come in the thousands to hear him speak all over the world.

Nonetheless, David’s words are designed to inspire all of us to be who we really are, to fling open the door of the mental prison we build for ourselves and to walk into the light of freedom.