The coronavirus runs wild all over the globe. You might consider the slow recovery of China as good news, but when you shift your attention to the depressing conditions of Europe and the USA, things just look so bleak. Europe has become the epicenter of Covid-19 and the USA is fast emerging as the new one.

In Europe, Italy has been hit the hardest.

The confirmed cases in Italy continue to rise in selected pockets, and the death toll mounts. The hospitals are filled up, and the medical staff doesn’t really know what they can do anymore. Instead of ‘all-treatment’, many Italian hospitals are entering the phase of selective treatment.

It’s a terrible time in Italy. But we should support them as much as we can. On top of everything else, we should also support the common voice of the people in Italy suffering because of this outbreak.

Such a victim is Luca Carrara whose parents died due to this deadly disease. To make matters worse, Luca, their son, claims that the response of the Italian emergency services has been late, which may have aggravated the matter. 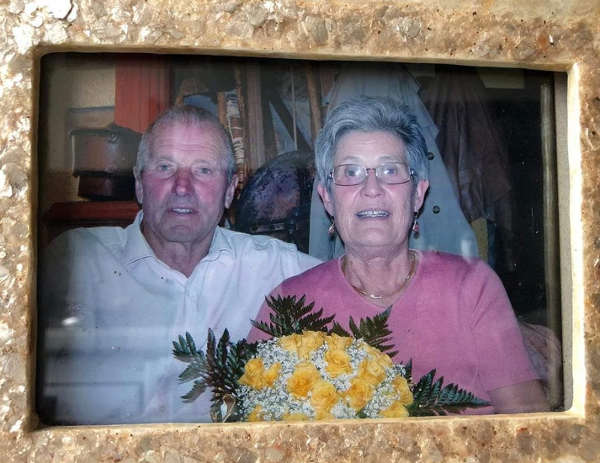 And now, Luca’s parents lie in the mortuary. No cremation or burial is being performed during this dire condition in Italy. The last time Luca talked with his parents, he may not have realized that it would turn out to be the last time. He was not able to meet them during their last hours, and even the final rites are being postponed.

Isolation cannot get any grimmer for Luca.

Luca is in quarantine with his family, his wife, and his children. His parents, father Luigi Carrara (86) and mother Severa Belotti (82), were locked down in Albino in Bergamo, their hometown. They tested positive and waited for the emergency team to show up.

Luca knew that they were in that ‘vulnerable’ age.

They were already close to their deathbeds when the emergency medical team came in. They died two days after the rescue. Recounting what he knew about the last days of his parents, Luca could not contain his emotions. His parents were dealing with high fever, and there were no doctors around to tend to them. Their temperature was up to 39 degrees. The emergency services ‘112’ were called repeatedly, but there was no one to help them.

It was a disaster.

Luca even mentions that in Papa Juan XXIII Hospital, his parents died without much treatment or management. Supposedly, the hospital staff was trying to save younger people and leaving the elder people to die. He even mentioned how his father was admitted to the hospital on a Saturday, and his sick mother was taken to the same hospital the following day.

But Luca is aware of how things are in Italy. He is not blaming anyone. The medical staff and emergency workers are trying their best to help the public.

Both of Luca’s parents passed away – less than two hours passed between their deaths. One passed away at 9:15 am while the other at 11 am. While the bodies are being preserved in the mortuary, cremation will take a long time. The rise in deaths due to coronavirus has pushed back the dates of the last rites as well.

Luca could not give a good farewell to his parents. The isolation is making it all the worse. But as a final note of parting, he posted about his parents on Facebook. In a way to keep them in the memory of others.

Luca mentions that his father was old, but he did not have any history of illness. His death came as a shock to him. He could not believe that something so unexpected can break up a 60-year-old strong marriage.

Hopefully, our hardworking scientists will be able to come up with a vaccine for the virus soon. Till then, stay indoors and stay safe, everyone.