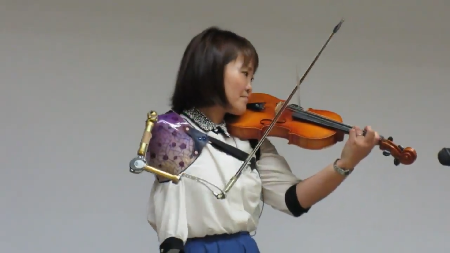 In life, things often go wrong for a lot of us and we give up. It is no lie that sometimes life is hard and in those times, it is almost impossible to put on a brave face and get to what we should be doing but there is always hope, no matter what.

If you are feeling down today and need some inspiration, I am here with some.

Have you heard of Manami Ito? If not, let me tell you her story.

Manami Ito was just like any other regular student when an accident changed her life. The accident landed her in a grave situation and while it would have been pretty easy to give up right then, that is not what she did. She was studying to be a nurse but the accident resulted in her losing one of her arms, so she had to give that up but that was the only thing that she gave up then.

Manami decided that she was going to shine irrespective of what had happened to her.

She found inspiration when she saw disabled people playing sports and she knew that if they could do it, so could she. From then and there, she took up swimming and went back to school to pick up her nursing course right from where she left it. She also took up the violin.

Manami Ito went on to become the first woman to be playing the violin and so beautiful with a prosthetic arm and has been invited all over Japan to play. Not only that, she has shown excellent form in Beijing (2008) as well as the London Paralympics (2012), securing positions in both places. There is much we have to learn from her.

Manami Ito is an example for the world, she picked herself up from the lowest place that she could have found herself in and turned everything around. She persevered and did not let the biggest tragedy of her life end her life. She granted herself a second lease at it.

There can be a Manami Ito in all of us, the key is to never give up and keep on doing what we have to- why? Because, even if it does not seem like it- you can. We all can. If you are reading this right now, go out and do your thing. You got this.