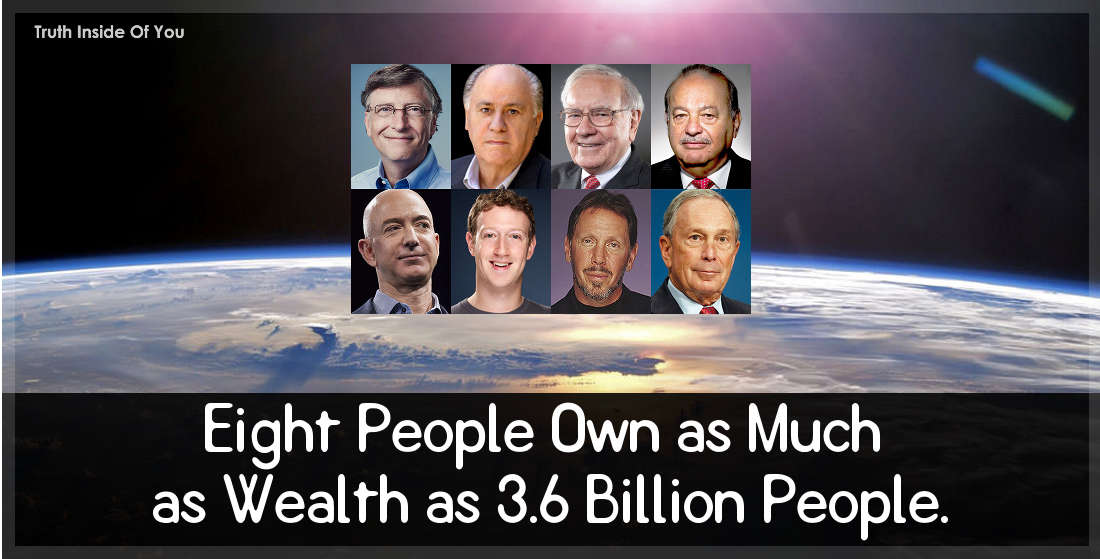 Oxfam published a research that proves facts that we could already assume, but weren’t able to conceive their real size. According to this scary publication on growing inequality, 8 people on the planet have as much wealth as the 50% of the planet’s population: that is 3,6 billion people. These 8 people, perhaps not shockingly, are all men. 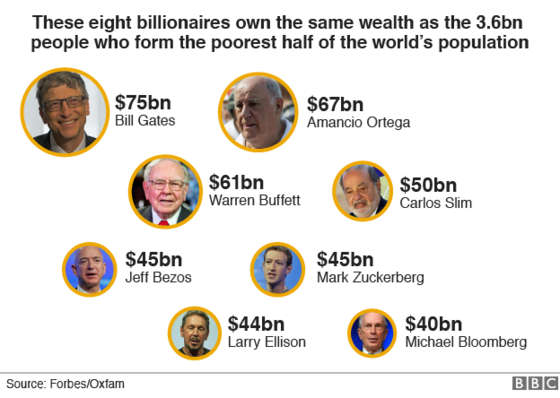 This research proves the gendered aspects of inequality, calculating that for women to have equal income as men, for the same jobs, based on current data, it will take approximately 170 years. On the other hand, the rate at which rich people increase their income is such, that within 25 years we will have the world’s first trillionaire. In order to spend a trillion dollars, the research points out, one has to spend a million dollars for 2738 years!

None of these 8 people, says Oxfam, obtained their income through hard work. Most of it has been inherited or obtained in a business traditionally associated with corruption. Bill Gates, who is the richest man on earth, increased his income by 50%, or 25 billion dollars, within the last 10 years, since he decided to leave Microsoft. Even though he tried to give away a large part of it, Oxfam researchers argue that these moves of charity can not do much to actually tackle inequality.