We are always talking about how humans are capable of loving each other and maintaining a close relationship. However, we often forget the animals can do so too. Yes, we do accept that animals can love. In fact, their love is unconditional and limitless. We have our pets as proof. We probably know about stories like Hachiko in which pets had died because of their master’s absence. But what about love between animals themselves? Such love between animals of the same species must be possible, right? And I’m not talking about mother and child relationship. What about the relationship between friends? Like this goose keeping a puppy warm after someone abandoned on the street.

Animals love each other 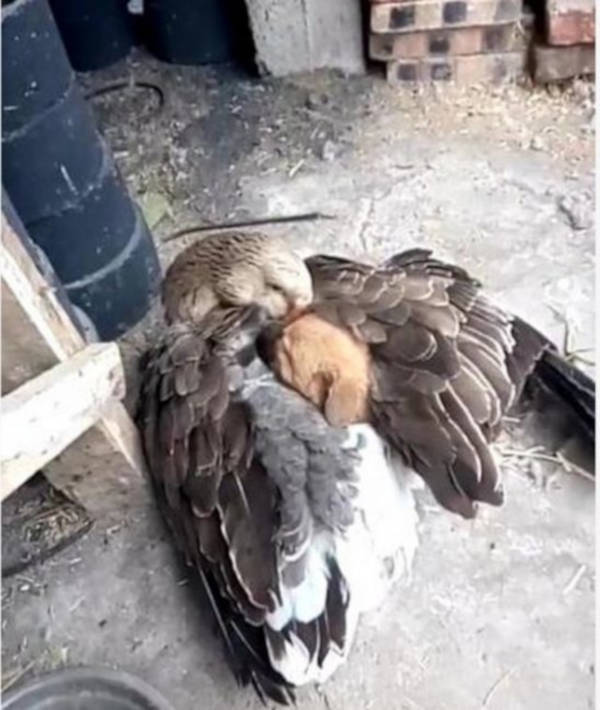 Well, if you have ever turned on National Geographic or Animal Planet, you may have seen that such groups do exist. There are many animals who love to live their lives in groups and take care of each other. Some of these animals take the role of a leader, some a caretaker, but all in all, they are living as a herd and backing each other up. We forget that animals are also capable of looking after themselves and each other and they are capable of sharing an unbreakable bond as well. Love exists between them too – even though they may not speak our human language of love or express it in the varied ways that we do.

Can they love someone outside their species?

However, the question now stands: is it possible for an animal to take care of another animal from a different species? It might seem impossible at first. Generally, in the animal world, when one animal sees another animal of a different species, they enter into flight or fight mode. It might be because they don’t recognize them or they feel threatened by the difference. But that is not always the case. Even animals have some sense of love towards another species. At least that is what this viral picture shows us. They do co-exist.

A Goose Keeping a Puppy Warm 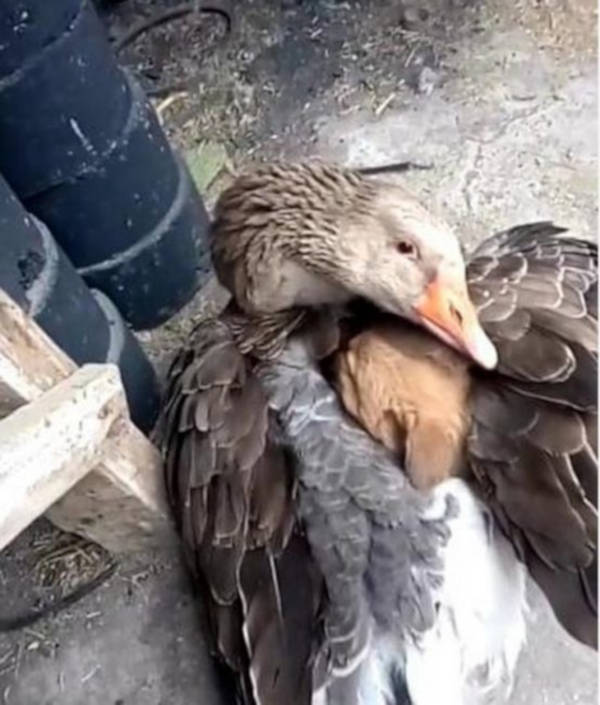 The puppy here was left in the cold. It is a new-born and for some reason, the mother left it there on the road. The cold was terrible for this new-born puppy but it was helpless. There was nothing he could do in this new world that he had entered. Facing the terrible wind and the winter, the puppy was shivering and probably waiting for a saviour. That was when the goose entered.  It found out that the puppy was lying on the road, vulnerable, unprotected from the cold. Perhaps, it was the mother in the goose that told it to go and save the puppy. She quickly waddled to the puppy and covered it with her wings. The puppy lay cushioned in the warm wings of the goose and slowly, it dropped into a cheerful nap.

The photographer who took the viral photo was shocked by this scene. At first, he thought that it was some kind of brutal scene where the goose was trying to attack the small puppy. But when he waited and examined the scene properly, a heartwarming event came to his sight. The goose was actually petting the puppy with her beak as the puppy started to fall asleep.

The man adopted the two as his pet so that their bond is never broken. It’s a friendship forged during a time of suffering – it should never be broken. This just shows that love and empathy exist in all beings, and while we are on our way to forget it, animals still keep themselves true to its value.

So, why not bring empathy back into our lives? Let’s make this unique goose-puppy relationship our inspiration.