Home » For The First Time Ever, NASA Saw Something Come OUT Of A Black Hole.

Two telescopes observed something miraculous when a supermassive black hole’s corona ‘launched’ from its center, inspiring a pulse of X-ray energy to spew out.

Pretty much everyone knows that black holes suck things in, not spew them out. But, for the first time ever, the notable space organization NASA captured a supermassive black hole releasing something into space.

According to Viral Thread, two of NASA’s space telescopes, including the Nuclear Spectroscopic Telescope Array (NuSTAR), observed Markarian 335’s corona ‘launching’ away from its center. Then, a massive pulse of X-ray energy spewed out.

Since the miraculous observation, scientists have been trying to figure out what exactly happened. According to Dan Wilkins of Saint Mary’s University,

“This is the first time we have been able to link the launching of the corona to a flare. This will help us understand how supermassive black holes power some of the brightest objects in the universe.” 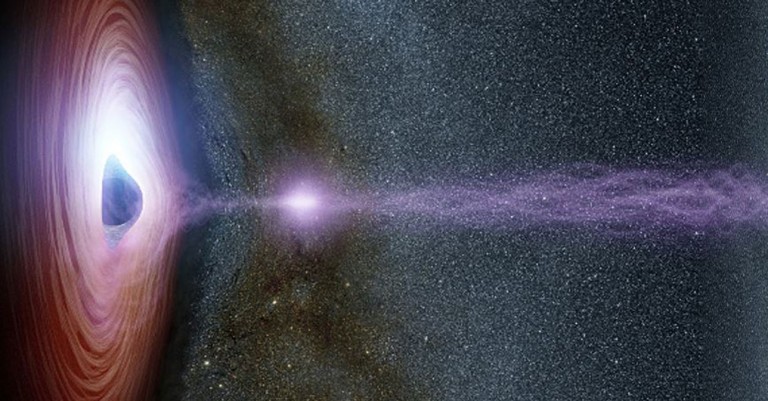 Fiona Harrison, NuSTAR’s principal investigator, noted that the nature of the energetic source is “mysterious.” However, she also added that the ability to actually record the event should provide some clues about the black hole’s size and structure, along with some fresh intel on how black holes function.

There should be plenty of time to research this supermassive black hole – without fear of being affected by any flares, as it is still 324 million light-years away.