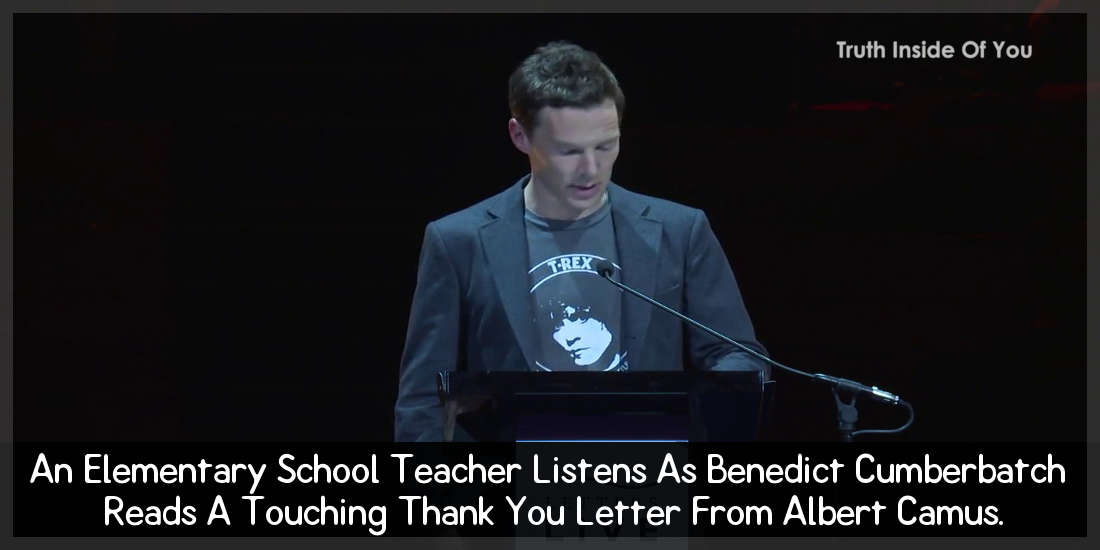 If a teacher changed your life, it’s never too late to thank them.

Cecil Dormand, Patrick Stewart’s English teacher reminded him that Shakespeare’s work was not a series of dramatic poems, but a set of plays that should be performed accurately.

One of the most amazing relationships between teacher and student is reflected in a tribute by Nobel prize winner and philosopher Albert Camus, as he thanks a teacher that changed his life of poverty into success. Albert Camus’s mother was asked if Camus could attend school and compete for scholarships in order to pay his dues.

I let the commotion around me these days subside a bit before speaking to you from the bottom of my heart. I have just been given far too great an honor, one I neither sought nor solicited.

But when I Heard the news, my first thought, after my mother, was of you. Without you, without the affectionate hand you extended to the small poor child that I was, without your teacing and example, no one of all this would have happened.

I don’t make too much of this sort of honour. But at least it gives me the opportunity to tell you what you have been and still are for me, and to assure you that your efforts, your work, and the generous heart you put into it still live in one of your little schoolboys who, despite the years, has never stopped being your grateful pupil. I embrace you with all my heart.

A year later, Camus’s teacher writes back to him.

If it were possible, I would squeeze the great boy whom you have become, and who will always remain for me “my little Camus.”

His teacher complimented him on his successful and continued to recount stories about “little Camus”. This leaves us thinking about our past education and those who made a great impact on our lives.