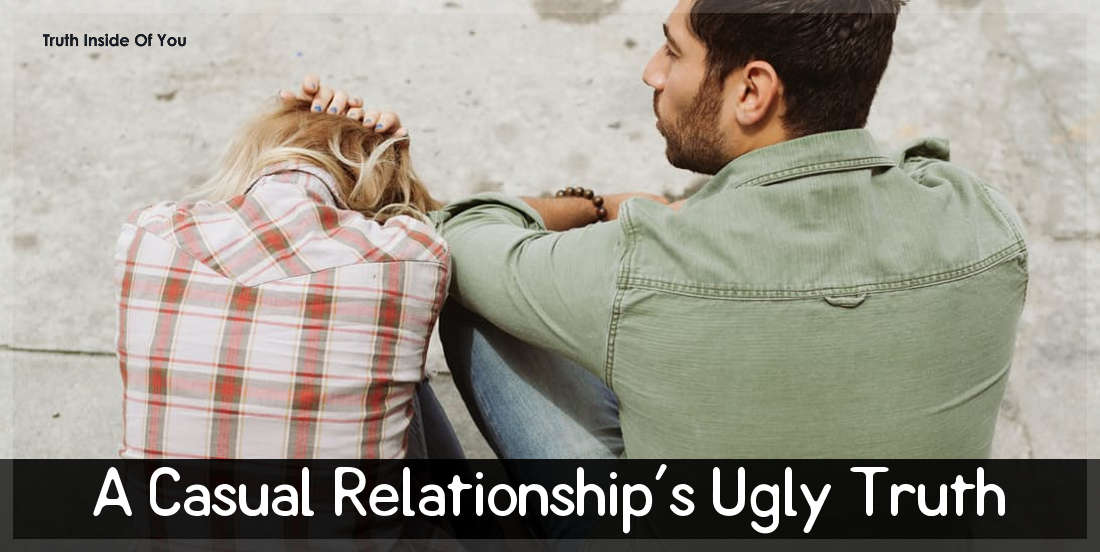 What is a casual relationship?

It’s a relationship purely based on sex. There’s no commitment or attachments whatsoever.

What do you think of being physically intimate with a person and not going anywhere with the relationship? If you are truly in for lust, then being in a casual relationship is right for you.

This kind of relationships throws rules out of the occasion – of course, it’s okay, even necessary, to drunk dial and drunk text!

I always dreaded being involved in this kind of relationship, but ultimately decided to give it a try…

So, I directly told a guy from my English class that he was cute. Next thing, we were making out under the tree on a cold December night. I felt good and told myself that it’s working!

When you’re in a casual relationship, you cannot force them into a relationship out of their will.

I was thinking that I can make it work. I could get someone of my many flings to be in a long-term relationship. I was wrong – dead wrong.

While I was making out with others guys, they were hooking up with other girls too. I cannot blame them for their action because they told me that they did not want to be in a committed relationship. It was solely my fault for even dreaming of changing their mind.

You cannot derail the course of casual dating.

At the end of the day, you have to be strong enough emotionally to be in a casual relationship or in a no-strings-attached relationship. If you are not one of those people who are in it for the pleasure only, then do NOT give it a go. You’ll end up hurting yourself. There’ll be heartaches and continuous anxiety. At the end of the day, you cannot change a person’s mind and heart if they have already decided to not to go beyond casual dating.