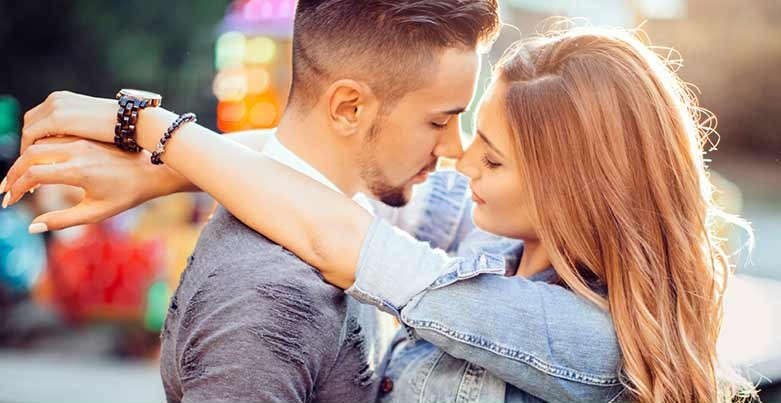 Girls with big hearts are sappy and sweet, while sarcastic girls tend to come off brash or insensitive. But what about the girl who’s both?

The girl with a big heart but sarcastic mind is basically just an anomaly, and in relationships, she loves differently than most girls do:

And she’ll say it like it is. She’s known as the blunt gal in her friend group because she’s completely unable to filter her raw, honest comments.

While most people see her as inappropriate or rude, she’s like, well, you were thinking it, I was just the one who said it.

2. But she’s gentle with her actions.

Just because she’s bold with her words, doesn’t mean that she’ll be just as direct with her actions.

And – just because she’s rough around the edges, doesn’t mean she only likes it rough in bed.

3. She may seem indifferent…

Or aloof… or like she’s totally not into you. But here’s the thing, she’s really good at putting up that front.

Ignore the snarky comments about how PDA makes her wanna barf…

4. Because she’s secretly a hopeless romantic.

Big hearted girls don’t half ass anything – she either loves you, or she doesn’t. And when she does love, she loves with her whole entire heart.

So when she makes fun of something, just tell her to shut up and kiss you. Dawwwwwwww.

5. She puts up a front, but she lets her guard down quickly.

Sensitive, big hearted girls are easy to spot: they’re usually the ones giving a thoughtful gift, or lending a listening ear. The girl with the sarcastic front is really just hiding that mushy side.

Don’t mind that. She opens her heart and gets attached pretty quickly. Be good to her heart.

6. She’s a total badass but she’s actually really sensitive too.

Don’t let her fool you. She makes crude jokes and has a raw sense of humor, but deep down, she’s just as delicate as any girl is. She appreciates little romantic gestures like opening the door for her, or a sweet kiss on the forehead…

However, warning: she’ll probably make fun of you for being a little cheesy. *wink*

7. She won’t waste her time if she isn’t sure about you.

A girl with a big heart and a sarcastic mind likes to cut to the chase. She’s not gonna waste her time dating you if she isn’t sure she’s really into you.

Learn 17 things to expect when you Date A Girl Who’s Used To Being On Her Own.

So, if she’s decided to make the plunge, you better not let her go.