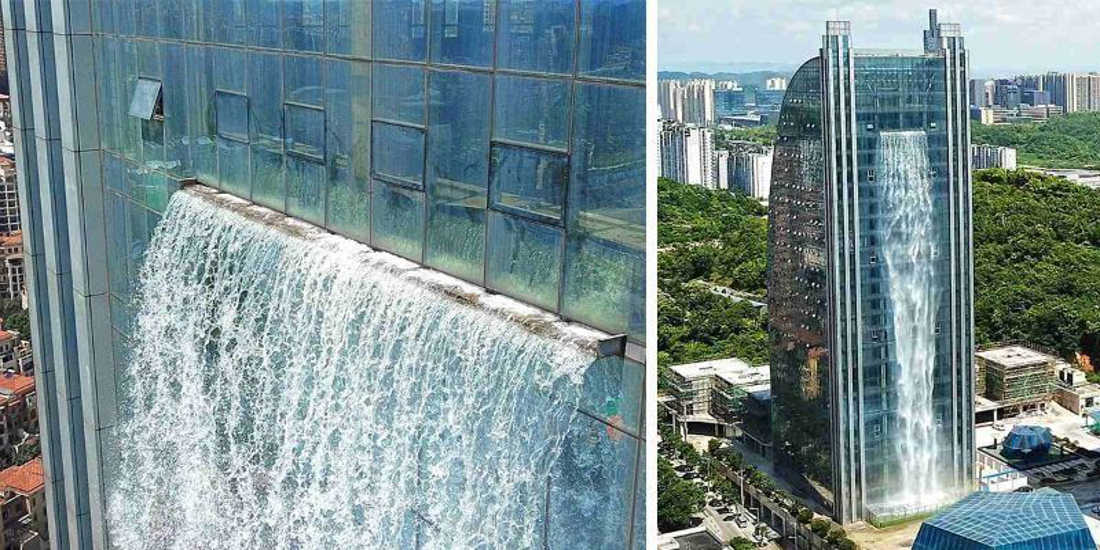 In Guiyang, China, there is a massive skyscraper of 400 feet. The site of the tower is enhanced by the presence of an equally attractive 350 feet waterfall that flows across its sides. This incredible waterfall has been designed in a manner that no person can turn its eyes away from it. 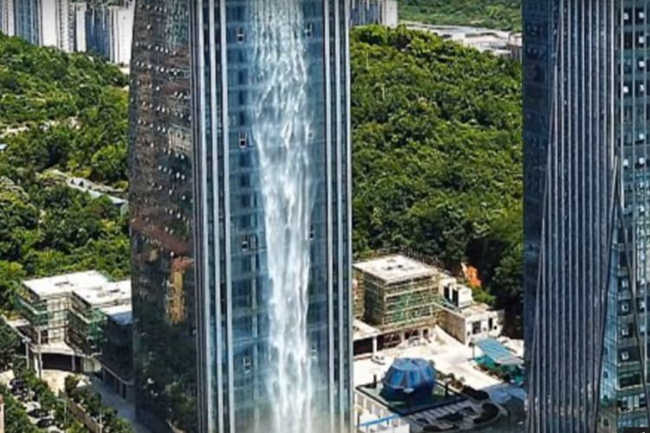 The mechanism of this manmade waterfall is quite simple and visible to the naked eye. The water basically gushes out from 50 feet below the top before it collects at the bottom of the building. The collection tank placed at the base of the skyscraper pumps the water to the point where the fall begins.

Of course, nothing so phenomenal skips the eye of the law either. The well known Kan Kan News highlighted the local controversy caused by this manmade waterfall. The main concerns amongst authorities were the incredible amount of electric power consumed for circulating such a large amount of water across the length of the building. Apparently, there are four pumps active in the process for which 800 yuan of energy is required. That is, approximately $118 each hour.

In their defense, the managers of the building said that the waterfall was not a regular event at the skyscraper. In fact, unless there’s a special occasion, they too practiced conservation of electric and water energy. On other days, the water used for the fall is recycled water that has been preserved from the tap or rain. There’s no way to confirm that information but the manager did handle the situation in a clever manner before more fingers point at him.

The skyscraper is naturally an attraction for the tourists which the locals also enjoy occasionally. Since it’s not a regular event, there’s even more excitement to follow this unusual and unique site. 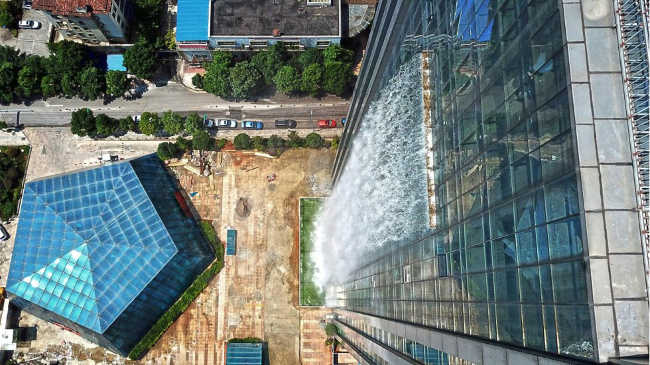 Initially, when not many people were aware of its presence there was a great uproar. Locals in Southwestern Guiyang thought they’re reporting an enormous water leak when they called the newspapers. It came as a surprise to almost everyone who saw it for the first time as an accidental event. Of course, it took a while for everyone to comprehend this exciting invention.

But before it became a talk of the town, the reporters were already on their way to record what initially appeared to be an accident. By the time they rolled the cameras, it settled into them that the Liebian Mansion’s owner had actually designed a surprise for everyone—a waterfall that flows from the side of the building. The reporters quickly changed their subject line from an accident to an extraordinary event!

Watch the beautiful 350 feet waterfall below: