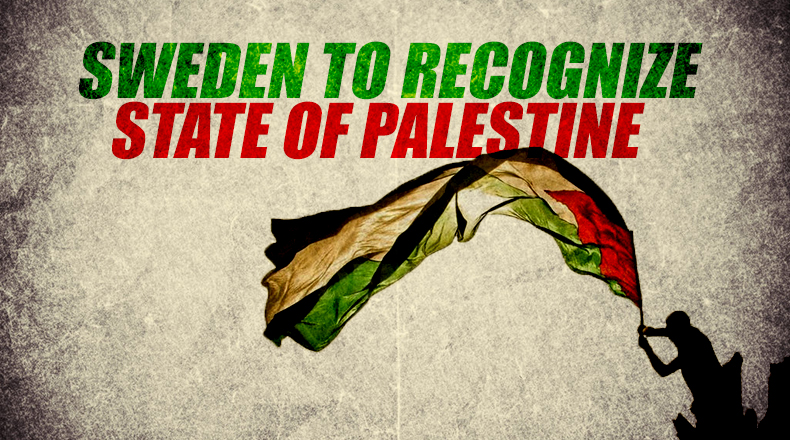 Sweeden became the first European Union country to officially recognize Palestine as a state. Hours after that Foreign Minister Margot Wallstrom announced that Sweden is set to give Palestine up to 1.5 billion kronor ($200 million) in aid.

Wallstrom said in a statement on Thursday: ”There is a territory, there is also a population. There is also a government with the opportunity to exhibit internal and external control.” Wallstrom also said that Palestine fulfilled the criteria for recognition as a state in international law despite it not having fixed borders, underlying that Palestine was a similar case like the recognition of Croatia(1992) and Kosovo(2008).

Finally she added that Palestine would receive between 500 million kronor ($68 million) and 1.5 billion kronor under a five-year assistance plan.