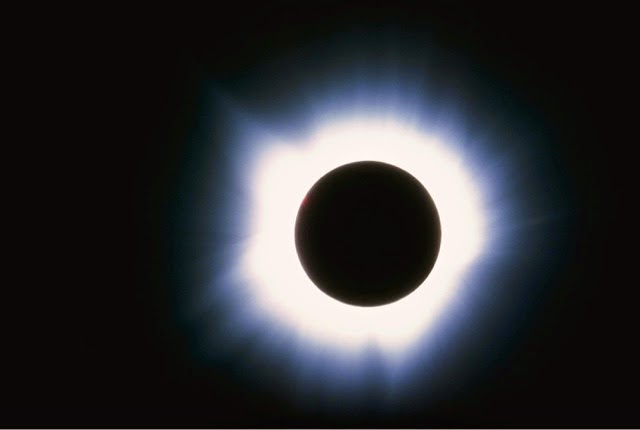 The total solar eclipse of March 20 will also coincide with the Spring Equinox. This rare event will only occur three more times this century – in 2034, 2053 and 2072 – and not at all in the next. Further, the moon on the night of the 19th will be a supermoon, when it is at the closest point in its orbit to the earth.

The eclipse will occur at 9:46 Universal Time (which is nearly but not exactly the same as Greenwich Mean Time). It will not be visible in North America, as it will be nighttime here. The total eclipse will be visible only in far northern latitudes; the only two inhabited places where it will be seen are the Faroe Islands, which are halfway between Norway and Iceland, and Svalbard, which is halfway between Norway and the North Pole.

But a partial eclipse will be visible across a wide swathe of Greenland, Iceland, Europe, northern Africa, the Middle East and northwestern Asia. The eclipse path and times can be seen here.
A total solar eclipse occurs when the moon passes exactly between the earth and the sun, completely blocking the sun’s light for a few minutes. Each stage of the eclipse produces spectacular images. Bailey’s Beads are seen when the sun is almost totally obscured, due to sunlight shining through the valleys on the moon’s surface. When the solar disc is completely covered, the corona can be seen clearly.

The totality of the eclipse on March 20 will last for only about two minutes and 46 seconds. At totality, the sky darkens and the brighter stars and planets can be seen. Observers record that the temperature drops, and birds and animals fall silent.

For those who are in the path of the eclipse and would like to watch, it is important to stress that this can only be done using special glasses or by projecting an image of the sun on a piece of paper through a pinhole. Looking directly at the sun can cause serious and lasting damage to the eyes.

A live webcast of the eclipse can be seen here. 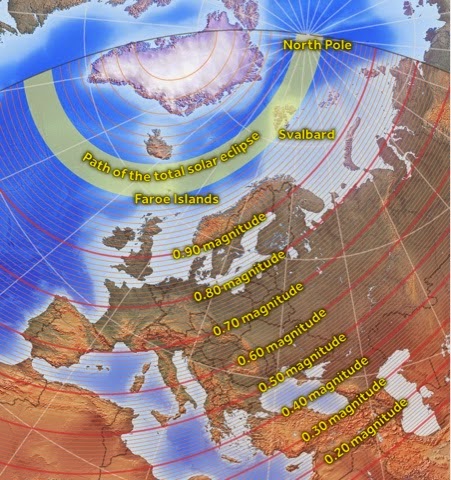