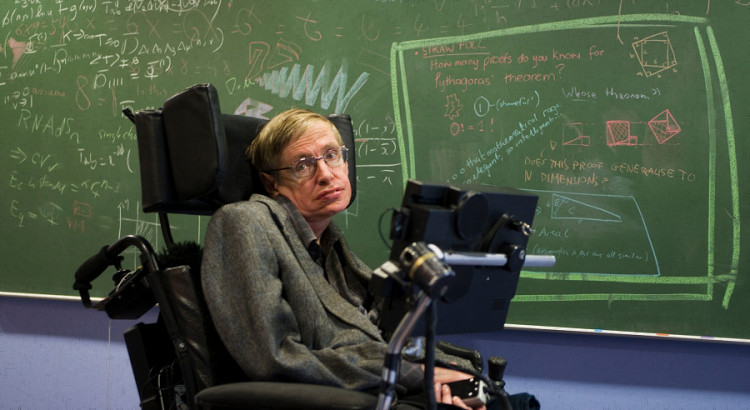 Stephen Hawking is known for offering insightful and often scary commentary on the universe and technology. The world-renowned theoretical physicist and cosmologist has cautioned against rapidly evolving artificial intelligence, humans exploiting and destroying Earth, and Donald Trump becoming one of the most powerful men on the planet.

Now, he’s warning scientists and humanity in general against becoming too friendly with alien life.

Hawking hosts a show called “Stephen Hawking’s Favorite Places” on the science-themed subscription service,CuriosityStream. During the half-hour broadcast, CNET explains, he “flies by the potentially habitable exoplanet Gliese 832c in a CGI spaceship as part of his hypothetical dream itinerary for a tour of the universe.”

Hawking intends to scan Gliese 832c for signs of intelligent life using powerful radio telescopes, which he is using in a new $100 million project with Mark Zuckerberg and internet investor Yuri Milner. They intend to determine whether they can successfully send a “swarm of tiny spacecraft, each weighing far less than an ounce, to the Alpha Centauri star system” in search of intelligent life, the Toronto Sun reported in April.

On his show, Stephen Hawking explains that if intelligent life has evolved on Gliese 832c, which is 16 light-years away from Earth, his radio telescopes should be able to detect it.

However, he warns, “One day we might receive a signal from a planet like this, but we should be wary of answering back. Meeting an advanced civilization could be like Native Americans encountering Columbus. That didn’t turn out so well.”

Hawkings has made this comparison before and regularly presents analogies between intelligent alien life and colonialism, though his suggestion we avoid communicating with them appears to be new. Last year, while arguing it’s mathematically likely aliens exist in the universe, he said:

“To my mathematical brain, the numbers alone make thinking about aliens perfectly rational. The real challenge is to work out what aliens might actually be like.”

In 2010, he suggested they might be eager to control other planets:

“I imagine they might exist in massive ships, having used up all the resources from their home planet. Such advanced aliens would perhaps become nomads, looking to conquer and colonize whatever planets they can reach.”

Still, he is open to viewing the human race as nomadic, as well, acknowledging earthlings face a range of threats, whether they are environmental, nuclear, or they come from another planet. As he said last year:

“I think the survival of the human race will depend on its ability to find new homes elsewhere in the universe, because there’s an increasing risk that a disaster will destroy Earth.”

Indeed, scientists are actively looking for habitable planets, and some of their discoveries have preliminary potential.

Whether aliens come to us or we begin colonizing outer space, according to Stephen Hawking, they might be more like us than we imagine — and that’s a threat to our survival.