A chemist was murdered in his own lab. The only evidence was a piece of paper that had the names of chemical substances written on it.

The substances were Nickel, Carbon, Oxygen, Lanthanum and Sulfur.

The chemist only had three people come by his lab on the day of the murder: fellow scientist Claire, his nephew Nicolas, his wife, and his friend Marc. The police arrested the murderer right away.

How did they know who it was? 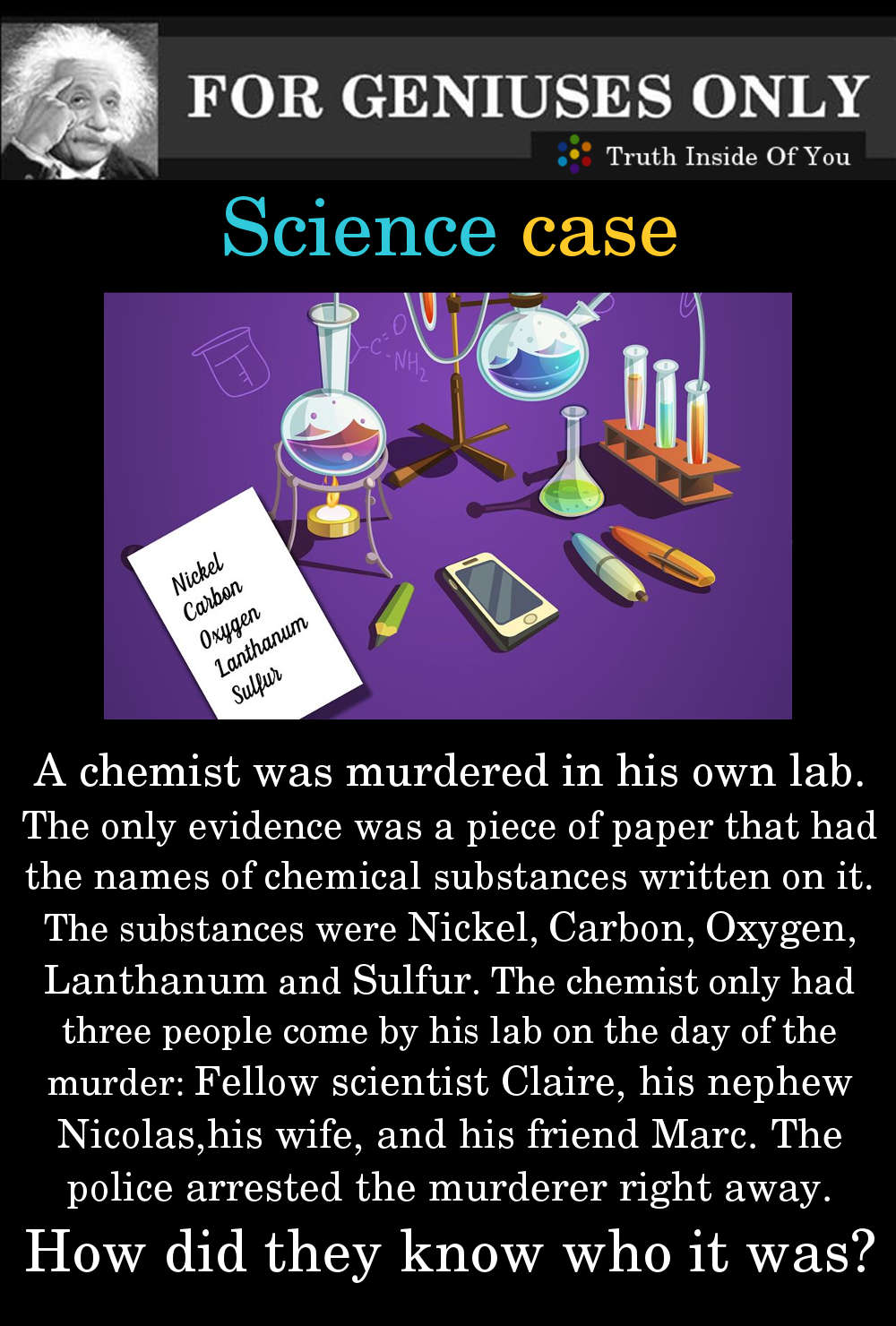