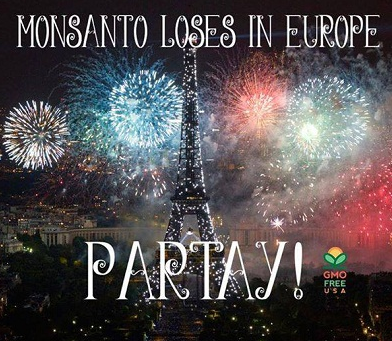 Monsanto halt production of genetically modified corn in all of Europe, except Spain, Portugal and Czech republic. The agribusiness multinational states not to spend any more money on trials, development, marketing, court cases or anything else to get GM corn accepted in Europe.

”In Europe Monsanto only sells GM corn in three countries. GM corn represents less than 1% of the EU’s corn cultivation by land area. Field trials are only in progress in three countries. We will not spend any more money to convince people to plant them,” states Brandon Mitchener, Public Affairs Lead for Monsanto in Europe and Middle East, in an interview with Investigative Reporting Denmark.

The decision was taken quietly. The company found no reason to communicate it. This means that every agribusiness company has now given up on genetically modified crops in Europe – apart from selling them in Spain and Portugal.

“This is not surprising, knowing that BASF stopped its biotech research in Europe in 2012 and Syngenta moved its research years before. It will influence the international expansion of GMOs on a global scale,” comments Klaus Sall MSc.

Sall has been studying the politics of the GMO industry for several years, and is now working as a strategic business adviser. He has just written a status report on the development of GMOs in the EU for The Danish Ecological Association (Økologisk Landsforening).

BASF, Bayer and Syngenta halted their development of GMO potatoes in Europe in 2012, for the very same reasons as Monsanto – the battle was lost.

However green organisations are still fighting the agribusiness company – in Europe and the rest of the world.

”We are not a biotech company and NGOs campaigning against GM cultivation in Europe are beating a dead horse,” Brandon Mitchener points out.

Only Spain and Portugal face GMO-growth

In Czech Repulic the sale of GM corn declining, the only countries where it is on the rise being Spain and Portugal. Currently GM corn field trials are going on in just three countries: Romania, Slovakia and Czech Republic. They are done by academic partners of Monsanto or for EU variety registration. Totals here.

“We stopped most of the trials, including the trial in Denmark, following a strategic decision in 2011 to focus our commercial activity in Europe on high-performance, conventional hybrid seeds. Monsanto has a thriving business in Europe with conventional seeds and crop protection products.

As a matter of principle, Monsanto will only seek to sell biotech seeds in countries where there is broad customer and political support for them as well as a functioning, science-based regulatory system – conditions which only apply in a few countries in Europe today,” says Brandon Mitchener.