Dogs are delightful creatures and are truly man’s true friend. They love humans more than themselves and would do anything to protect them.

“Dogs are our link to paradise. They don’t know evil or jealousy or discontent.” ~ Milan Kundera 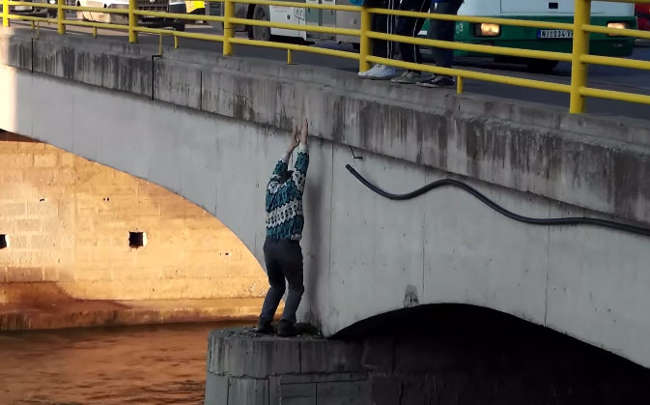 On a cold January morning in Serbia, Zoran Pavlovic was heading home to hang out with his friends who informed him about a stranded dog once he reached. There was a small helpless dog on the Nisava river who was in trouble and they had decided to help even if they didn’t have any tools required to rescue a dog.

Most pet rescue places they called were unable to offer help but finally, someone agreed to come to their aid. 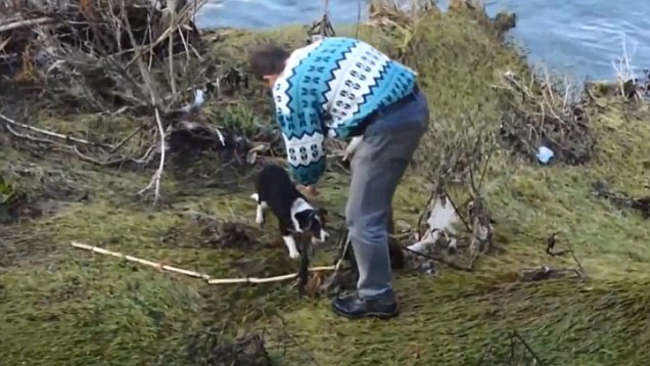 Sasa Pesic, a worker at a dog shelter in Nis, Serbia, agreed at once to save the dog. Pesic showed his skills and waded across the river to reach the secluded Island where the dog was stranded.  The dog was completely hidden amidst the shrubs and creepers, completely confused and scared. It took a lot of time to understand but later cooperated.

“A random act of kindness, no matter how small, can make a tremendous impact on someone else’s life.” ~ Roy T. Bennett 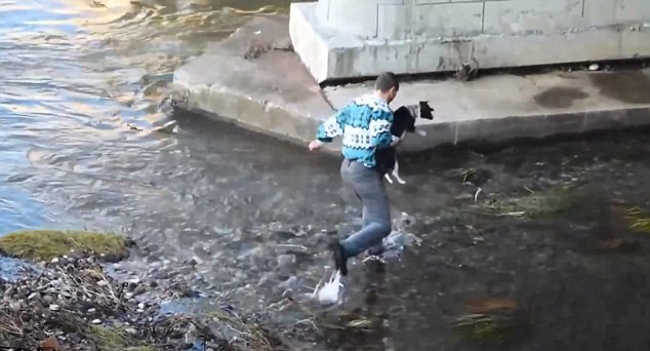 Everything wasn’t a cakewalk for the rescuer as the dog’s faith had to be established before Pesic could help. Once he managed to do so, he lifted the poor creature and took him near the highway. A man was standing between the island and the bridge. He took the dog and passed it to the men on the bridge. The dog was then in good hands and regained its composure. 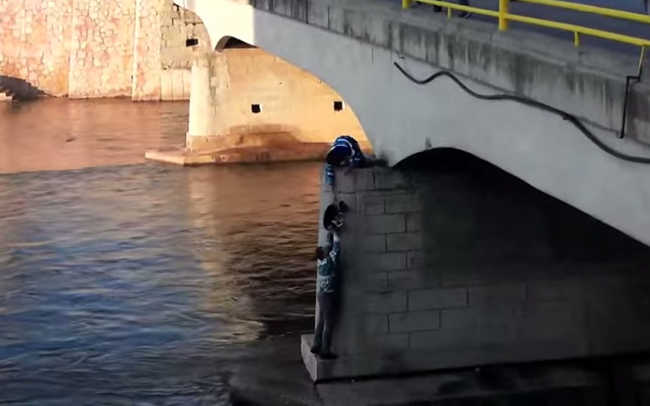 Practice the religion of kindness and extend a helping hand to those in need. We have two hands because we are to give openly and most importantly, without the hope for a return. It is people like Zoran Pavlovic and Sasa Pesic who make the world a better and brighter place. They are the unsung heroes of our society. Their humanity is awe-inspiring and makes us want to do something too. This heartwarming story crystallizes our belief in the good and washes our doubts about the cynical nature of the world.