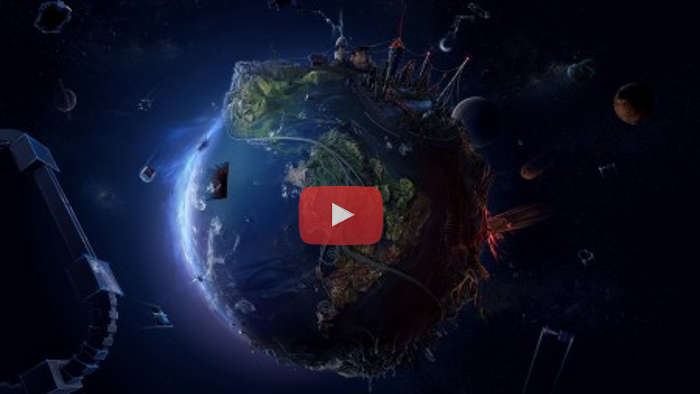 Have you ever wondered what space sounds like? Truth is, sound does not travel through a vacuum so sound in space is actually different from what you might be used to here on Earth. In space, sound has to travel through molecules and make them vibrate in order to create waves. Therefore, sounds that have been recorded in space are that of electromagnetic vibrations that occur naturally in the vacuum of space.

For a while now, NASA & other programs have been gathering space ‘sounds’ via probes and satellites to give us an idea of what ‘sound’ is like in space. To be honest, it’s kinda creepy sounding. Recordings have been taken from interactions between solar winds in our solar system and our planet. Recordings have also been made of various interactions involving Uranus, Jupiter, Saturn and Neptune. Even the rings of Saturn and Jupiter have been recorded.

Electromagnetic field noise within the vacuum of space interacting with charged particles from other planets create electromagnetic waves. Scientists have taken these vibrations from space and translated them into sound. You can hear these here.

The Voyager I & II Spacecrafts have sent back recordings from Jupiter, Saturn, Uranus and Neptune. You can hear these space sounds here.

NASA’s Voyager has also recorded the sound of interstellar space itself. Recently, Voyager passed the heliosphere and into the interstellar medium. Sounds of the area were recorded using the on-board wave instrument responsible for detecting plasma waves. It recorded vibrations from dense interstellar plasma or ionized gas from October to November 2012 and April to May 2013. These recordings were amplified to be played through a speaker since the frequency range is well within the range of the human ear. You can hear these eery sounds below.

Deepest Note Ever Recorded In Space

Insanely, the deepest note every detected in space has an oscillation period of 9.6 million years making it impossible for the human ear to hear it. The sound comes in as a b flat and was detected at 57 octaves below the keys in the middle of a piano. The sound came from a supermassive black hole in NGC 1275 in the Perseus cluster of galaxies 250 million light years from Earth.