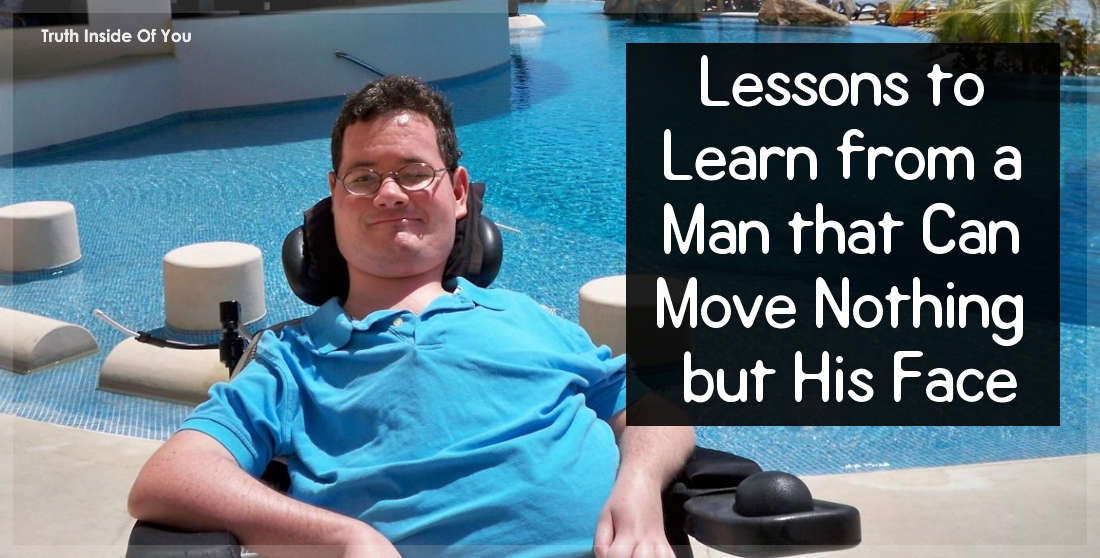 Jon Morrow is a 34 year old man that can move nothing more than his eyes and lips. And he writes articles to let us know that he has an amazing life. Speech recognition technology allows him to speak into a microphone and turn his speaking into a text. In this way, he now writes articles that are read by 5 million people, and he shares with them some life lessons learned by his condition. 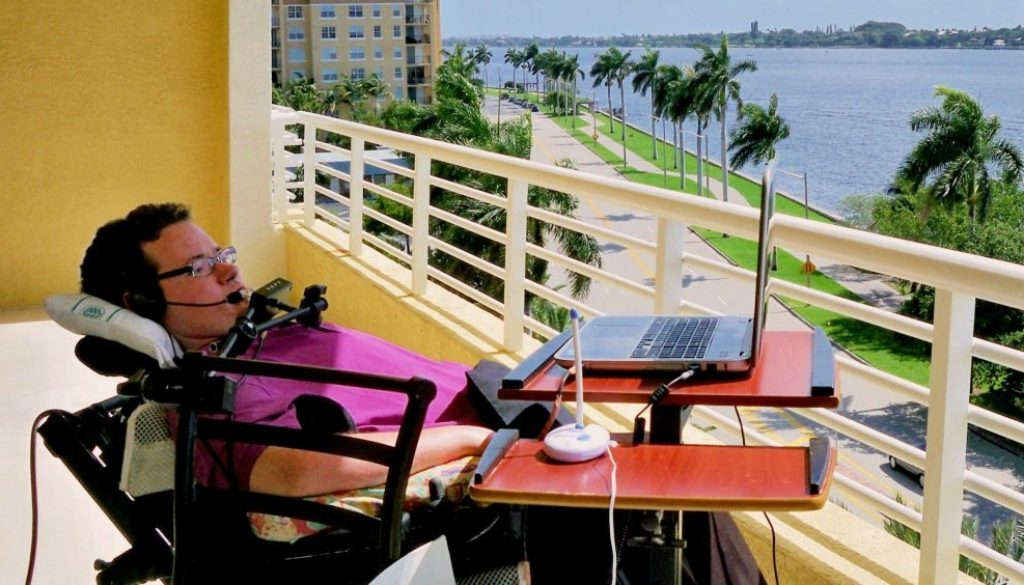 These are a few of them:

1. If You Can’t Win the Game, Change the Rules

Jon describes the limitations that the US health insurance system imposed on him, that resulted in him being unable to get a job with a salary greater than 700 dollars per month. This made him realise that, since he couldn’t get over these limitations, he had to change the rules: he moved away, started his own business, and got the ability to pay for his own health expenses.

Jon’s severe disability made him stronger: the pain he has experienced throughout his life has been excruciating, but this made him realize he cannot sweat the small things.

3. The secret to survival

In 2006, a severe car crash shattered Jon’s legs from toes to hips, adding to his already critical medical condition of muscular dystrophy. The car crash was the fault of a teenager that was late to work and therefore driving at extreme speed. Jon figured out that, if he got angry at the kid, or focused on life’s unfairness, his anger and despair would consume him. Instead, he chose to take on what life gave him, and turn it around…

His life story proves that you shouldn’t constantly go for the safe choices. When in dilemma, don’t fear the crazy, improbable, unknown choice. The beauty of the unknown makes life exciting.

When it comes to this, words are unnecessary to explain! 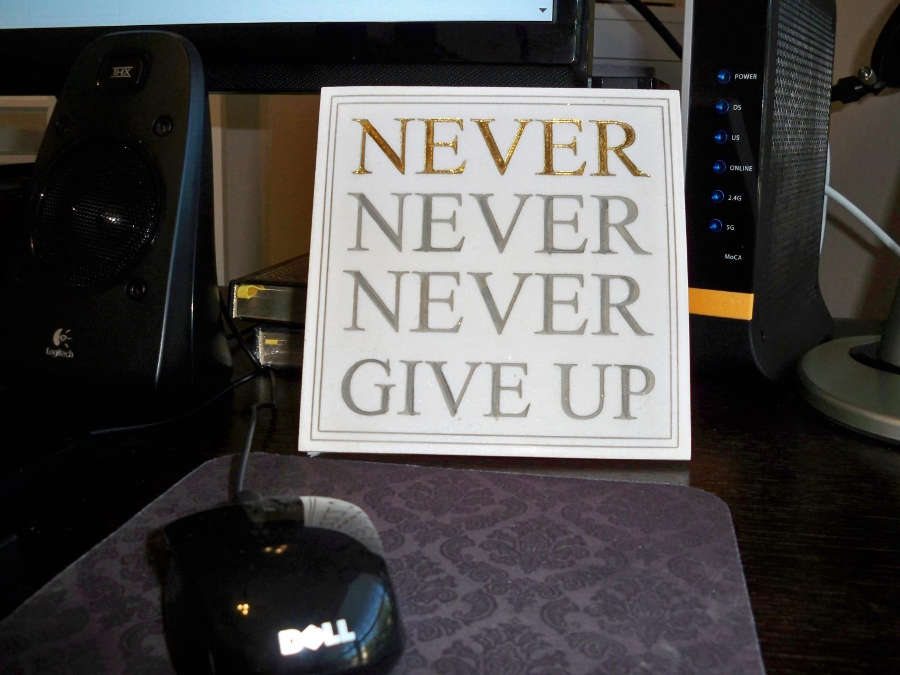