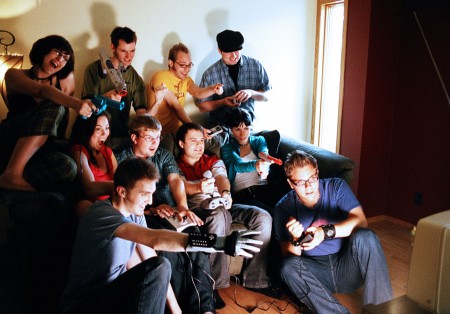 If you had to visualize someone who self-describes as a “gamer,” what would you see? A 13-year-old boy who doesn’t have many friends? A college student who prefers playing games on his futon to going to class? An overweight guy in his 40s living in his parents’ basement?  Let’s face it: the stereotypes of gamers aren’t glamorous. However, a new report based on a survey by LifeCourse Associates for the gaming site Twitch has found that gamers have more positive attributes than their non-gamer counterparts.

When it comes to their occupation, 67% of gamers feel positive about their aspirations, while only 42% of non-gamers feel the same way. Gamers are also more likely to be employed full time than those who don’t partake in games (42% vs 39%). Sixty-one percent of gamers would describe themselves as natural leaders, compared to 35% of non-gamers.

Can A Video Game Be Used As An Educational Tool?

Socially-speaking, gamers are much more likely to value personally making a positive impact on society (76% vs 55%) while preferring to shop at corporations backing social causes (58% vs 36%). Ethical business practices matter to 78% of gamers, compared to 65% of non-gamers.

Gamers also appear to be more tech-savvy than non-gamers, as they are more likely to use technology like smartphones, tablets, or streaming devices (like Google Chromecast) while at a friend’s house (42% vs 15%), on vacation (40% vs 18%), at work (20% vs 10%), commuting (19% vs 5%) or at a restaurant (18% vs 6%). With gamers being connected so frequently, they could be influencing how media content is distributed. Broadcast television tune-in frequency is down 12% in 2014 when compared to 2011 as part of the trend away from traditional media and coming toward online sources.

Playing video games has been linked to a boost in brain volume and creating a sharper mind, though those studies both called for games to be played in moderation. The majority of gamers (63%) reported playing games for fewer than 10 hours per week, which isn’t all that bad.

According to a report from the Entertainment Software Association, 48% of gamers are women, up from 40% back in 2004. The landscape of video games is changing. Gamers don’t just have to be the ones planning on taking a week off of work when Call of Duty: Advanced Warfare comes out this November. They can also be the ones with Level 8 Town Halls in Clash of Clans or those who have gotten to level 500 in Candy Crush. There’s no one type of gamer out there.

Of course, this polling isn’t a perfect representation of gamers and their lives, as it was all self-reported. More studies will also need to be done to verify a correlation and explore whether or not gaming plays a causal role in any of these factors. This study also omitted age and socioeconomic factors that might have influenced the results as well. Future studies could also explore the types of games that those people like to play and see how they correlate with certain personality attributes.