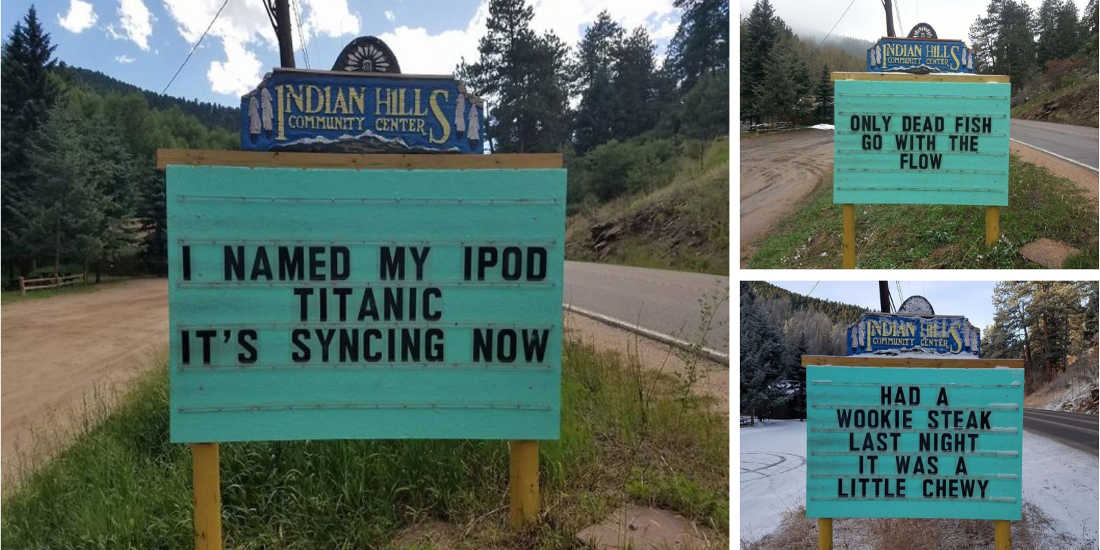 Are you out of jokes to make your friends laugh? Scratching your head and trying to get some kind of clever pun to pop up just doesn’t help. It’s called a joke block. Happens to the best of us. All you need at this point in time is some kind of inspiration. Something that will just spark that sleeping comic genius inside you back to life. Indian Hills Community in Colorado is the place just for you.

Something fishy is going on in the Indian Hills Community in Colorado for the last 5 years. If you drive down the road of this community, don’t get shocked when you come across the strangest funniest signs with funny jokes that will make your drive a lot brighter. It all started on an April Fool’s day. Vince Rozmiarek, a Colorado native started it all while he was volunteering at a community center. He’s something of a creative genius but with a purpose. With his first sign, he wanted to do something about the speeding vehicles. Like all creative geniuses, he knew enough about his surroundings to use them in his jokes.

The town of Morrison next to Colorado has a huge police presence because of its speeding problems and they use a lot of speed traps. So what’s it got to do with Colorado? With a little twist in the tale, Vince made a sign which said, “Indian Hills annexed by Morrison, slow down”. And what do you expect? It worked fantastically. Not only did it give a small burst of laughter for those in speed limits, but it also gave some genuine frights to the rash drivers who believed that and slowed their vehicle down.

Laugh gained, the purpose served. Plus, there was a lot of attention which surprised Vince. That’s all the encouragement any artist needs.

When you get the appreciation

It began then, but it continues on even today. From that one push of encouragement, Vince decided to put up signs with puns and jokes a couple of times every week. Now, that’s one lively little place I’d like to live in. But you got to cut Vince some slack. It’s difficult to come up with these jokes all the time. He tries his best though. Nowadays, he tries to make special holiday ones and often uses important events happening around the world in his writing. So just a heads-up: keep yourself informed if you really want to enjoy his little jokes. But now, you may ask – what’s the purpose of all this? To make people laugh! That’s what Vince wants. Now, isn’t that a beautiful purpose? Thank you, Vince, for being such a generous comic!

If you are looking for a inspiration, look no further than Colorado. It’s a funny place to be in. It’s going to make your day brighter.

So, check out the funniest signs of Vince and vote for the best one! 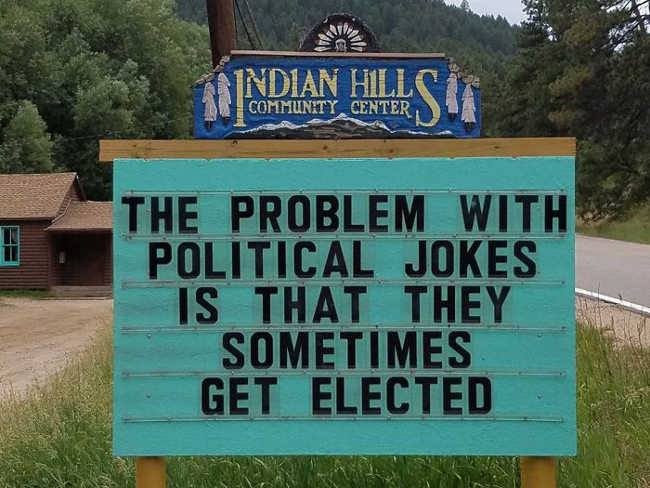 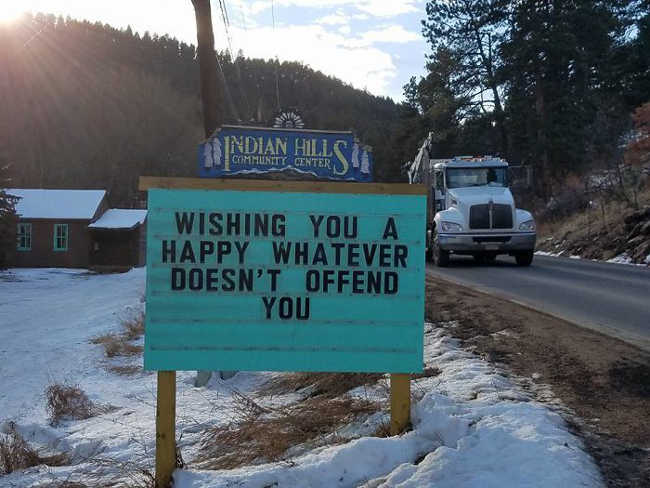 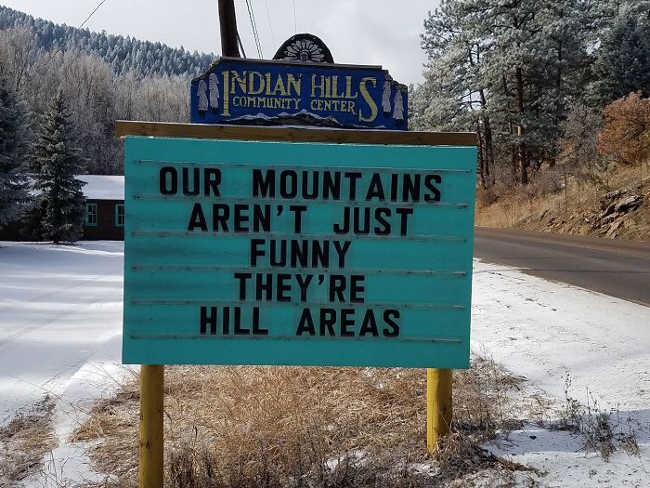 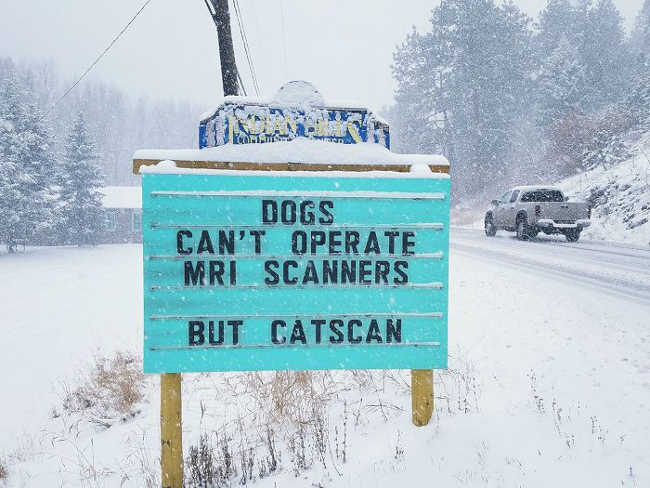 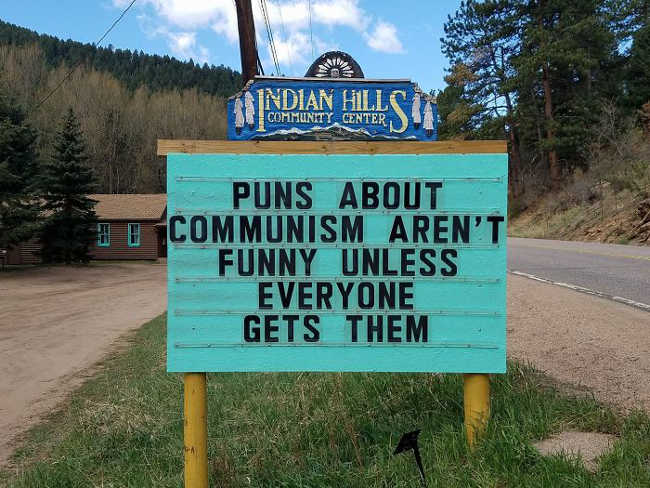 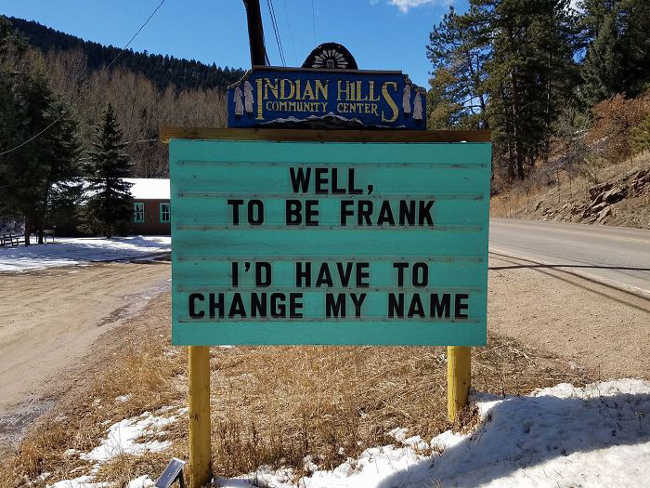 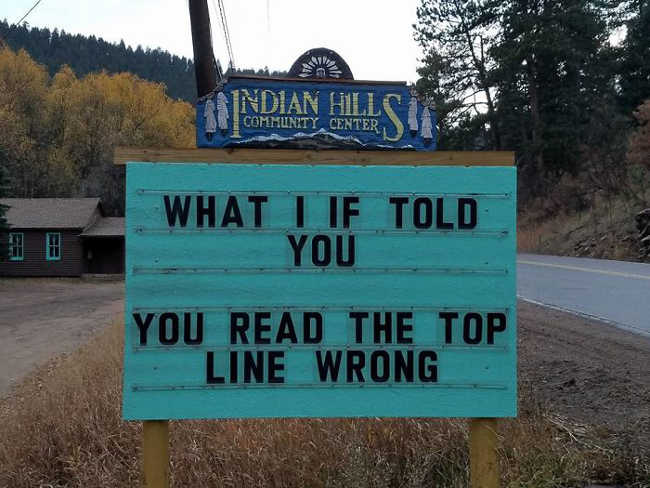 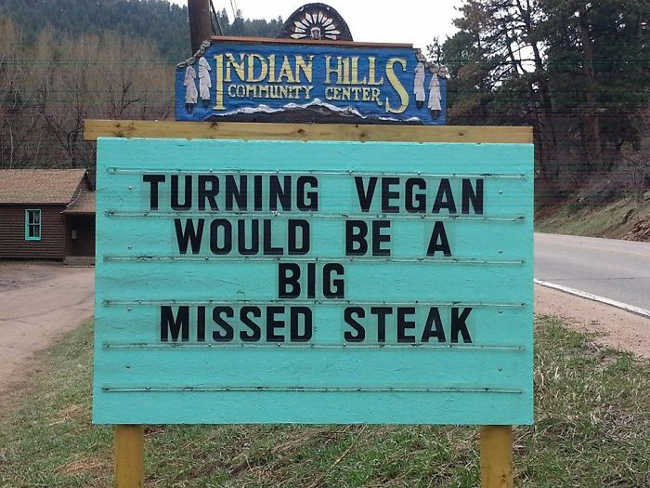 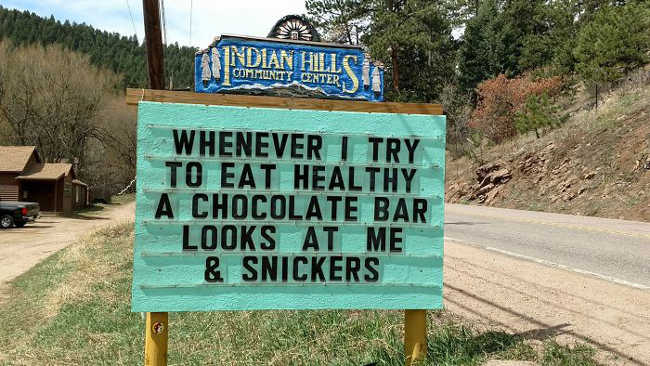 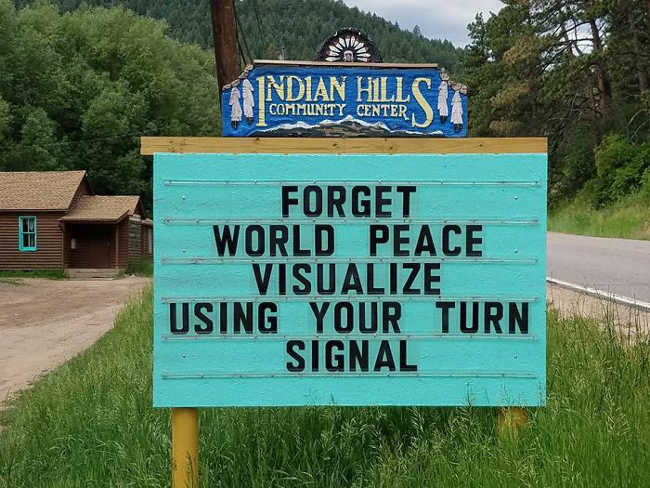 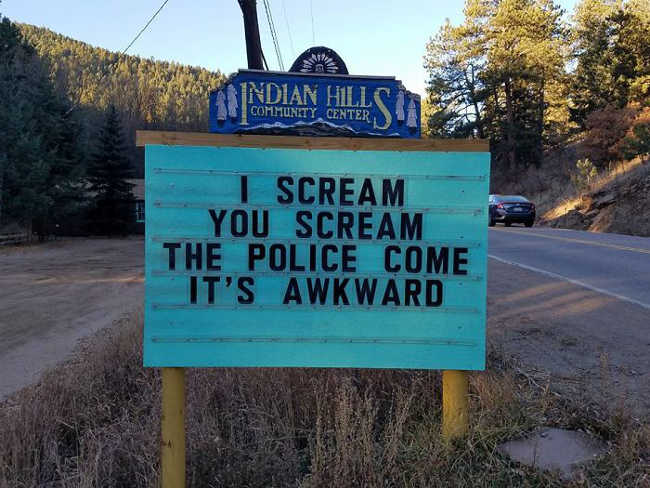 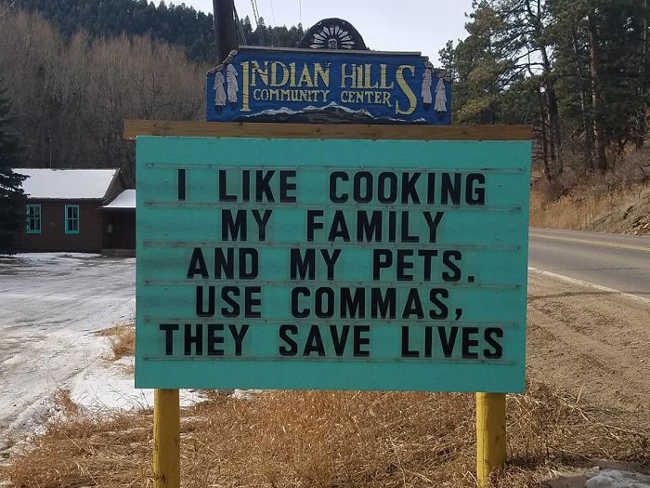 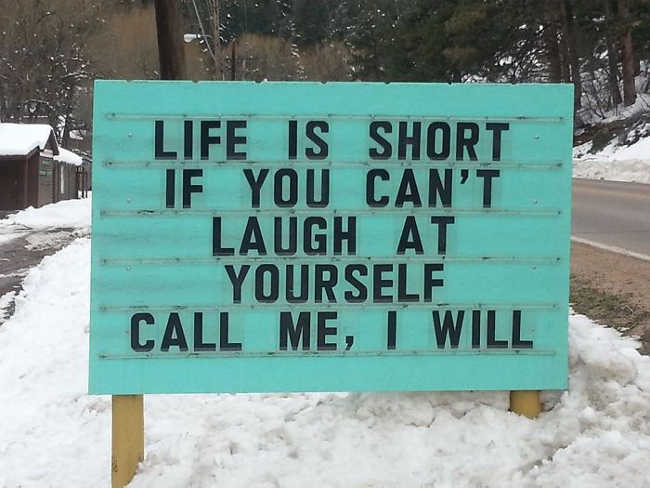 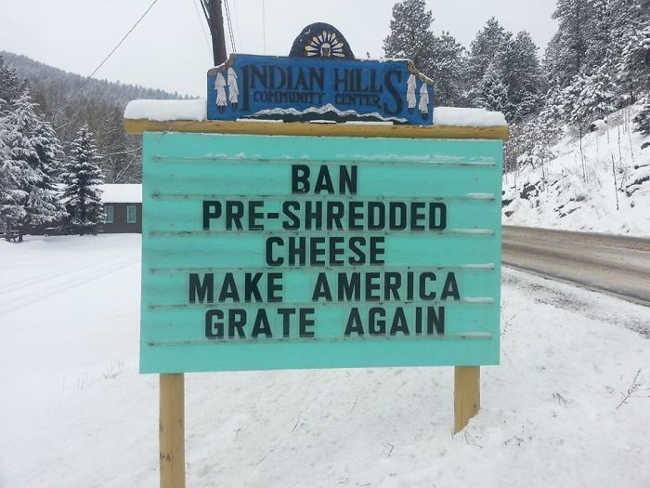 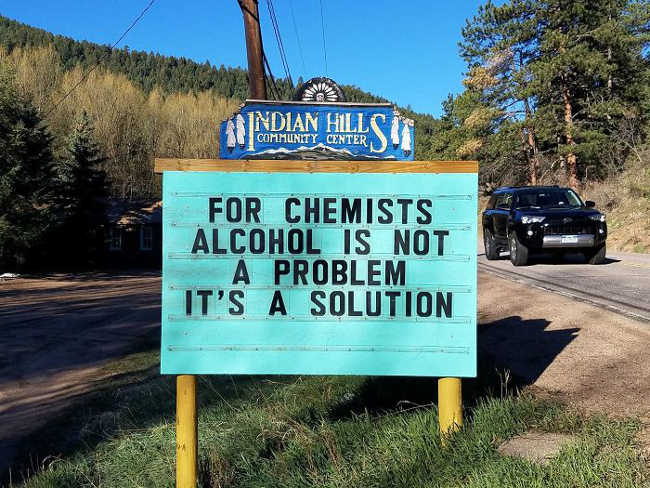 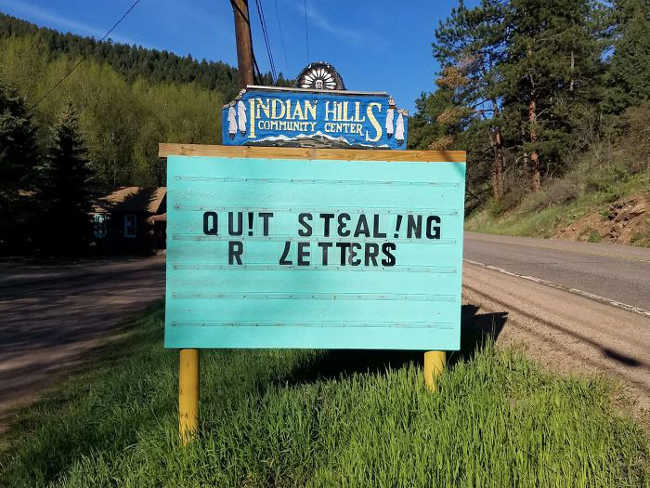 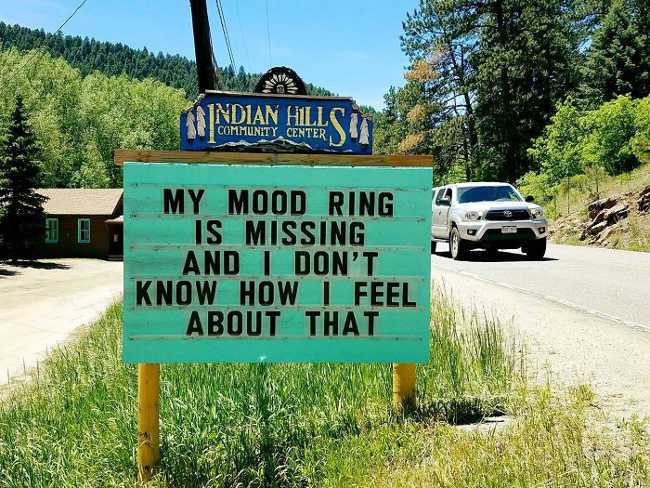 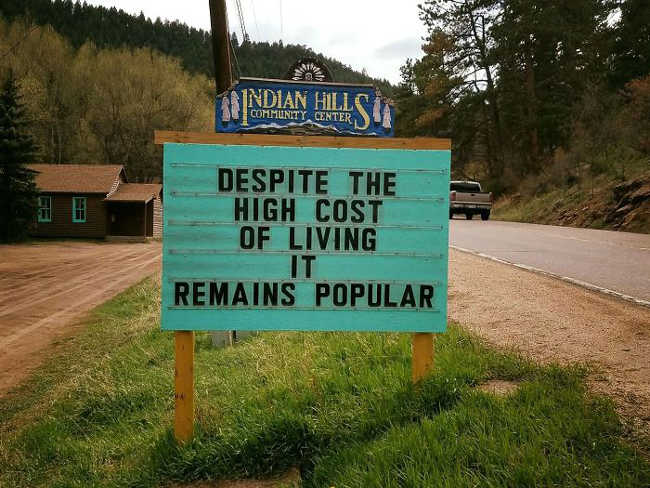 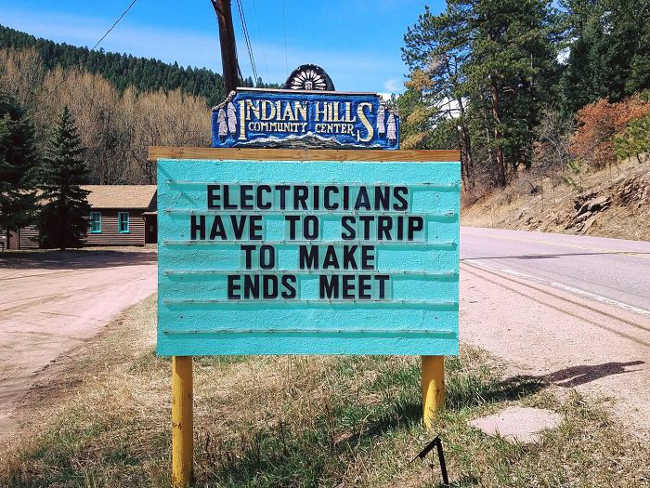 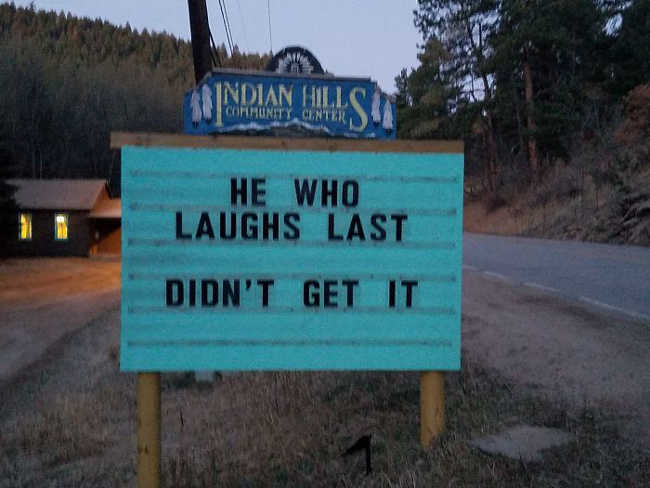 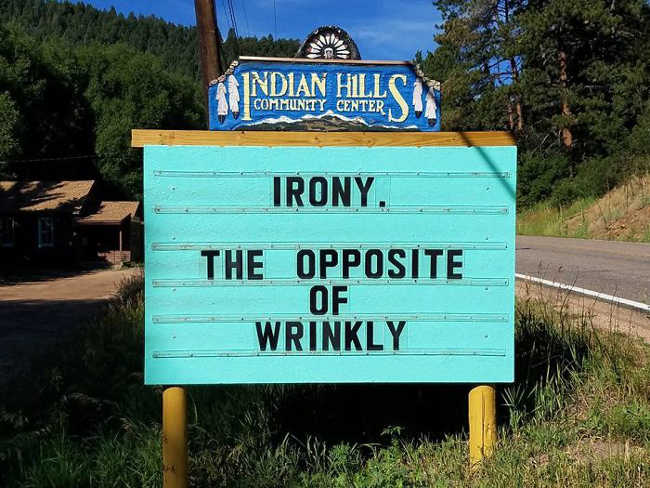 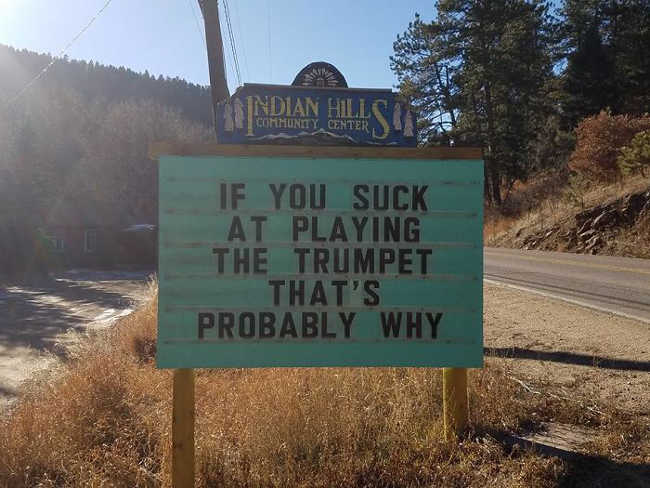 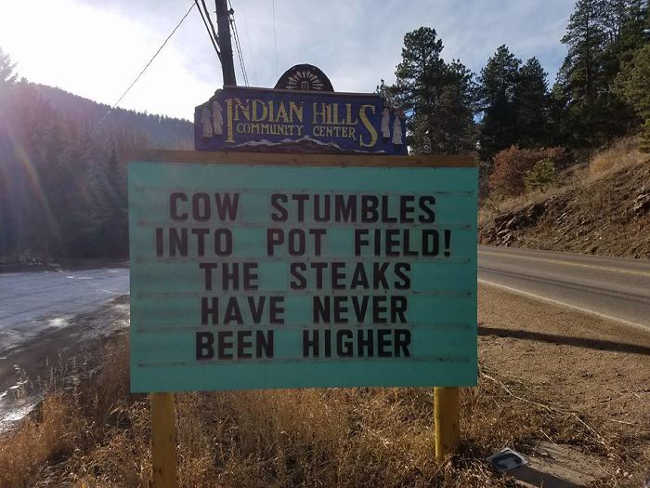 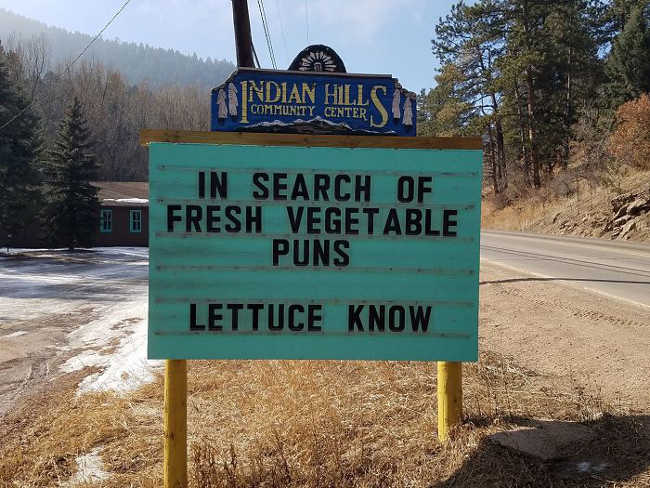 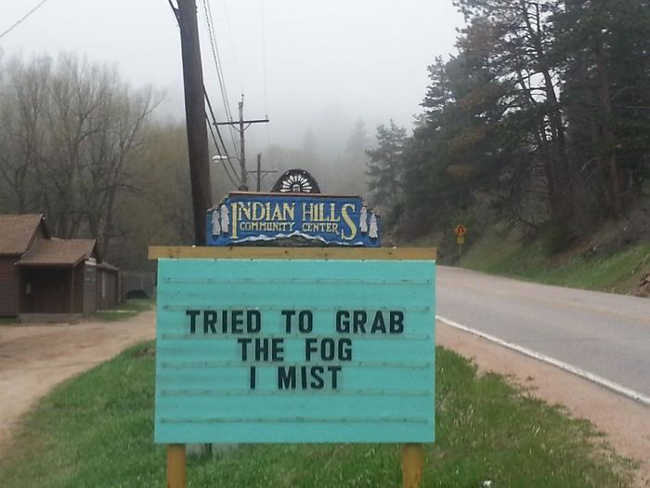