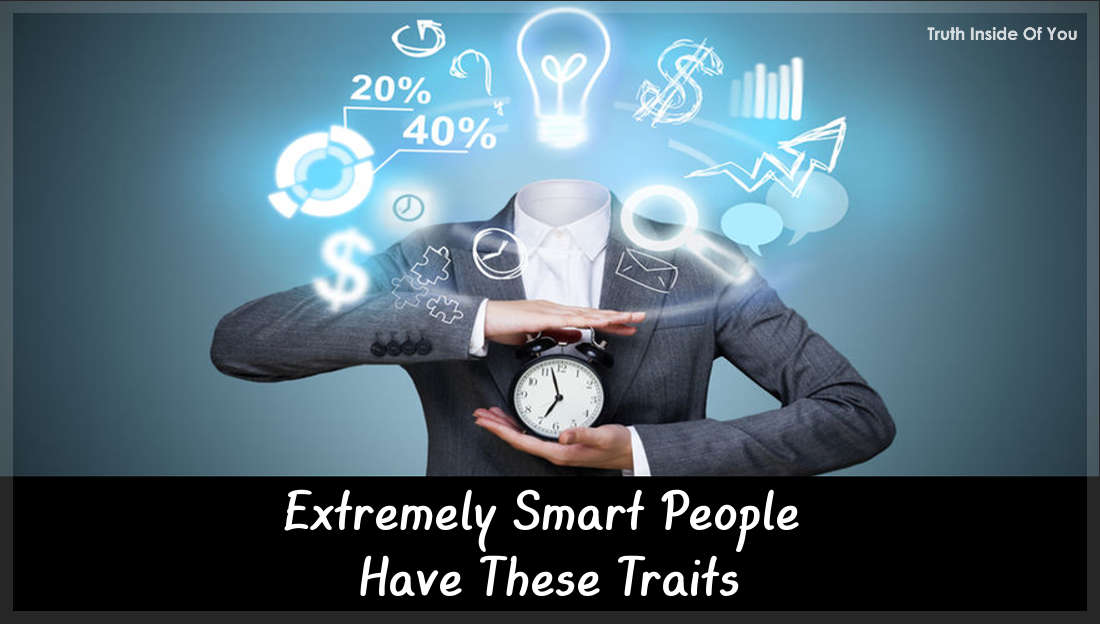 Smart people levels of intelligence stand out by a few characteristics that make them who they are. Ten of these traits are listed here; do you recognize them in yourself?

The fluidity of opinion.

Intelligent people understand that rigid opinions are usually a sign of close-mindedness, and not intelligence, and therefore know when they should avoid them; without this meaning that they cannot form a stable opinion.

Smart people take the time they need in order to act or speak. They will think before their action, in order to avoid hurting someone or saying something that is socially unacceptable.

Contribute only when it benefits the group.

They don’t like small talk, nor they find any use to it. Therefore, they will only intervene in a situation when they have something real to offer, rather than just trying to attract attention or fill an uneasy silence.

Smart people never worry too much about being likable or fitting in. Usually, the crowd bores them or annoys them, so they have their own pace and rules, based on information and rational thought.

Know that everybody can be wrong, even themselves.

A really smart person knows to admit to being wrong and knows that this is a part of human nature.

Emotional responses to interpersonal situations are a natural outcome, but smart people make an effort to look for an alternative perspective, instead of obsessing about winning an argument.

Don’t let emotions get ahold of them.

Staying calm and clear-headed is a very crucial trait. The ability to prohibit your personal bias from interfering with your actions shows a high level of emotional intelligence.

It may sound a bit cliche, but often the best choice one can make is to trust their instincts. Our instinctive feelings can be a great advice when making choices in life.

They act as much as they speak.

A smart person knows to avoid the pattern of all talk and no action, and know to get into risks and act, even though they don’t always know where it will end up.

While taking into consideration the thoughts and feelings of others, intelligent people know not to rely their whole existence on another person’s judgment. Instead of waiting around for approval, they know that the best kind of validation comes from within.