Home » Drinking Wine May Help You Live Over 90 Years, According To Study

Have you wondered how drinking could actually gift you the ability to live for long years? Incredible as it may seem, it is actually true in case of drinking wine. Wine may not ensure you the gift of immortality, but it increases your lifespan, as noted by recent research. It is not solely the boon of medical aid that has helped us live longer than our previous generations; it has an extra element that surprisingly contributes to the same cause. You never know if you could end up being a centenarian with the help of the mentioned aid.

Several analytical studies like ‘90+ Study’ were undertaken to look into reasons behind the fastest growing population of the elderly citizens whose subjects were a part of the LWCS community. The study of the formerly included questions relating to how and why could people, of and above the age of 90, survive. It included the study of factors that determined longer life chances, reasons for memory loss, forgetfulness among the elderly, reasons and rates of decline on working abilities, and thinking procedures among the oldest people. It also included a study to encounter alternatives and modification in mortality rates. 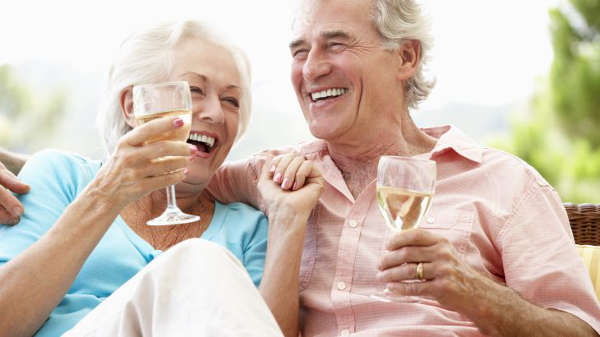 People who participate in experimental research have to undergo neurological and neurophysiological tests, twice a year. Information related to their diet, daily activities, medical history and life structure is jotted down and carefully analyzed. A unique discovery that they came up with is that the consumption of wine increased longevity along with the ones who consumed more coffee on a daily basis.

No matter how miraculously this may work, it never meant consuming bottles of wine, every day. Too much of anything is distasteful and has negative effects. Consuming wine on a moderate level is the key to a healthy and long life which would otherwise lead to physical ailments due to over drinking. However, the older you grow, the lesser amount of drinks should be consumed because the body cannot hold alcohol more than its capacity. A person below the age of 65 can have two alcoholic drinks in a go. However, neat heavy drinks are strictly not recommended for anyone. There is a stipulated amount of liquor consumption that needs to be kept in mind, despite the age of the person.

However, people with a thorough practice of daily physical activities had lesser signs of physical ailments even if they drank a bit more than the recommended levels of consuming alcohol. Exercise can reduce the mortality chances caused due to over drinking. So drink and exercise together friends!